A Stinger goes to Sochi 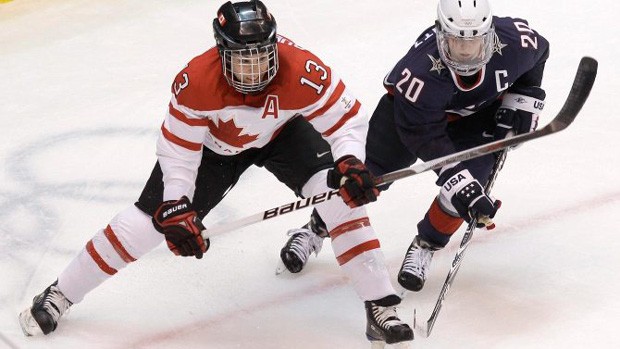 Last February, Caroline Ouellette was behind the bench of the Stingers women’s varsity hockey team, assisting head coach Les Lawton. A year later, the Montreal native is still deeply involved in the game — only now she’s gearing up to represent Canada at the Olympics.

Ouellette has played on Canada’s national women’s hockey team in the previous three Winter Olympic Games and won gold each time, but the 34-year-old team captain is approaching Sochi with the passion of a first-timer.

“All of my experiences have been different,” Ouellette says, who originally joined the Stingers in 2002, as a Concordia student. “Playing in Vancouver in 2010 in front of our home crowd was amazing, but we’re really looking forward to going to Russia. It’s a great hockey country.” 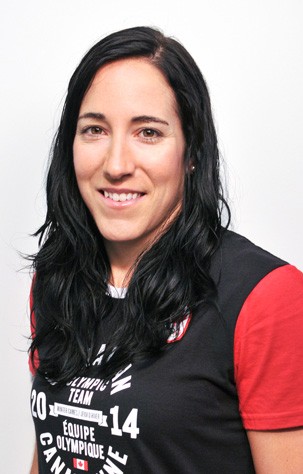 Ouellette is the third-highest scorer in Team Canada’s history.

In Vancouver, as in Salt Lake City in 2002 and Torino in 2006, Ouellette was singularly focused on the task at hand. She will never forget the opening ceremony at her first Olympic Games.

“I’ll always remember how exciting it was to enter the stadium with all the Canadian athletes,” she says. “That’s when you realize you’re really there — that you’ve achieved your biggest dream.”

When Ouellette — the third-highest scorer in the national team’s history — joined Les Lawton’s coaching staff last season, she brought a wealth of big-game experience to the Stingers squad. Now, as she heads to Sochi, Ouellette says that her time as an assistant coach has made her a better player.

“Coaching allowed me to see the game differently,” says Ouellette. “It has allowed me to consider the bigger picture. Coaches always make decisions based on what they think is best for the team, and it’s not about the individual. I also have far more respect for a team’s staff — not just coaches, but everyone that puts so much work into it.”

Ouellette, a forward, has been training in Calgary since August, so she’s been away from Concordia this season. She keeps up with the Stingers, though, and would be happy to return to the team one day.

“I’d love to come back,” she says. “I’ll still need to talk to Les and see if he has an opening for me. I really enjoyed it last year, doing skill work with the girls. I’m not sure where I’m going to be in my playing career — if it’s going to be time to move on to other things, or if I want to play for a few more years. But either way, I’d love to go back to university hockey next year.”

Check out the 2-part special on the university's Olympians, put together by Concordia's Department of Records Management and Archives.

And read a first-hand account from a Concordian reporting on the Olympics.