Can we stop humanity’s ‘death spiral’? Thomas Homer-Dixon thinks so 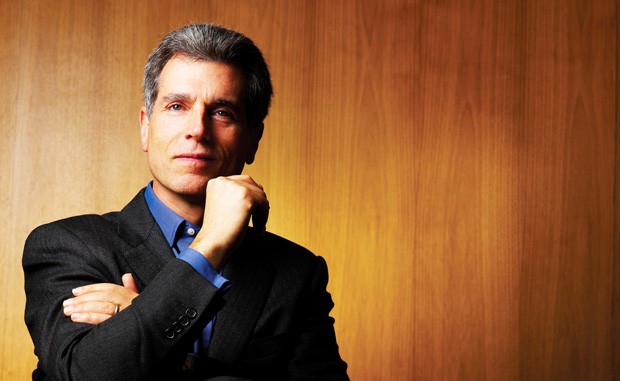 Thomas Homer-Dixon: “People need to be nimble, and if they aren't nimble, they're going to be left behind.” | Photo by Bryn Gladding

Thomas Homer-Dixon does not shy away from controversy. The interdisciplinary academic and best-selling author is known for his bold stances on everything from Alberta’s oil sands to the impact of the environment on the stability of states.

On February 5, as part of Concordia’s second annual Teaching and Learning Festival, he is set to deliver a free, public keynote address. “Beyond Sustainability: Crisis, Innovation and Resilience in a Turbulent World” will explore humanity’s ability to avoid social and environmental catastrophe.

Homer-Dixon’s research draws on political science, economics, environmental studies, geography, cognitive science, social psychology and complex systems theory. In addition to holding the Centre for International Governance Innovation (CIGI) Chair of Global Systems at the Balsillie School of International Affairs in Waterloo, Ontario, he is the author of three books that address the complex problems facing our world: 2000’s The Ingenuity Gap (winner of the Governor-General’s Literary Award for Non-Fiction); 2001’s Environment, Scarcity and Violence; and 2006’s The Upside of Down, a Canadian bestseller.

A prolific writer of columns and articles, Homer-Dixon often takes on hot-button issues. Last spring, he penned a New York Times op-ed decrying Canada’s economic dependence on the oil sands. Among the national columnists who took him to task was the Financial Post’s Peter Foster, who called him a “lefty academic worrywart” who was “spreading more hooey against the oil sands.”

“What really concerns me is the way that the debate in Canada has been so lopsided,” he says. “You can't talk about the possibility that Canada should wind down the oil sands. If you even say that as a political leader, you're automatically out of a job. People have got to get out there and open up this debate. It's a really important democratic issue.”

In the course of his lecture at Concordia, Homer-Dixon will discuss how humanity might pull itself out of what he calls a “death spiral.” He’s cautiously optimistic, but says it’s going to take some work. For one thing, he contends that it’s far too late to hope for a long-term, stable relationship with our natural environment.

“What's happening in our world is we're creating enormous perturbations and instabilities in social and technological and ecological systems. These instabilities are going to produce constant surprises and shocks of various kinds. Folks who are at the leading edge of these conversations are talking a lot about resilience — the capacity to respond to, bounce back from and innovate in the face of shock and surprise.”

The title of this year’s Teaching and Learning Festival is The Power of Curriculum: Sustainability — Learning — Innovation. Stressing the importance of interdisciplinarity, Homer-Dixon argues that the best way to prepare university students for an uncertain future is to help them develop a broad range of skills and knowledge.

“Entrepreneurial ability and intellectual and skill flexibility are going to be at a premium,” he says. “People need to be nimble, and if they aren't nimble, they're going to be left behind. They need to be constantly learning and scanning the landscape looking for opportunities and new possibilities.”

The festival and keynote address are co-sponsored by the Centre for Teaching and Learning Services (CTLS) and the Sustainability Action Fund, a fee-levy student association at Concordia.

“What makes this event significant is that Homer-Dixon was invited by a team representing faculty, students and the administration,” says CTLS Acting Director Janette Barrington.

Concordia’s second annual Teaching and Learning Festival, The Power of Curriculum: Sustainability — Learning — Innovation, takes place from Wednesday, February 5 through Friday, February 7. Thomas Homer-Dixon will speak on February 5 from 5 to 7 p.m. at the D.B. Clarke Theatre in the Henry F. Hall (H) Building (1455 De Maisonneuve Blvd. W.). The event is open to the public. Registration is not required.

Homer-Dixon’s keynote address will be followed by a reception and book signing across the street, in the atrium of the J.W. McConnell (LB) Building. On-site registration is required.

See the full schedule for Concordia’s Teaching and Learning Festival.