How to play safe between the sheets

As World AIDS Day approaches, it’s time to protect yourself against these five sexually transmitted infections
|
By J. Latimer 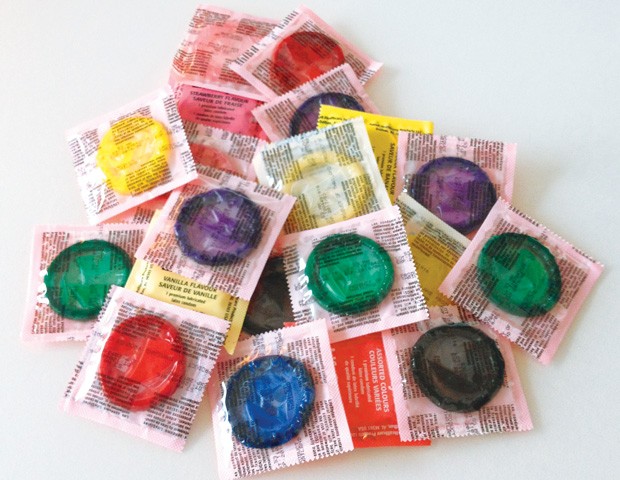 World AIDS Day on December 1 is a great time to have a clear-headed conversation about sexually transmitted infections (STIs).

Think of Microsoft chairman Bill Gates, whose charitable foundation just granted $100,000 to the research and development of an atom-thick graphene “super-condom.” He’s certainly doing his part to keep human immunodeficiency virus (HIV) and its related condition, acquired immunodeficiency syndrome (AIDS), in the news. And with good reason: an estimated 2.3 million people contracted HIV in 2012.

But World AIDS Day is also a great time to remember that other STIs merit our attention. A new study by Quebec’s public health board (INSQP) reported a resurgence of gonorrhea. The number of provincial cases has nearly doubled in the past six years, jumping from 1,300 to 2,500; health practitioners suspect that the infection is becoming resistant to antibiotics.

Here’s how to avoid the five most common STIs.

“The most common symptom of chlamydia? Nothing!” says Gaby Szabo, a health promotion specialist at Concordia’s Health Services. “There are usually no signs. It’s the same for many STIs, including HIV. You cannot tell by looking at someone or by looking at yourself.”

However, people infected with chlamydia may experience vaginal or penile discharge, a burning sensation when urinating, and pain in the lower abdomen. If treatment is sought too late, the infection can cause pelvic inflammation and spread, resulting in sterility.

Syphilis has not been beaten and left behind in the pages of Victorian novels. Like gonorrhea and HIV, it’s on the rise.

“In its early stages, syphilis shows almost no signs,” says Szabo. “But the later stages are devastating, affecting eyesight, the mind and the heart.” In between, patients often experience fatigue and painful genital lesions.

“If a body part suddenly starts to hurt or itch, or starts leaking, you could have gonorrhea or another STI,” notes Szabo. “But an infected person doesn’t always have symptoms”.

Patients might experience fever, abdominal pain, abnormal vaginal bleeding, discharge or a burning sensation while urinating. If left untreated by antibiotics, infertility can result for both men and women.

Szabo says that gonorrhea is often contracted alongside chlamydia during unprotected sexual contact, and can be avoided the same way — with condoms and caution. Effective antibiotics exist, for now.

According to Health and Social Services Quebec, antiviral treatments will only slow down the virus and lessen outbreaks of lesions.

Transmitted by skin-to-skin sexual contact, HPV is one of the world’s most common STIs. It can show up as genital warts, but the majority of infected people show no symptoms.

“Some types of HPV viruses can cause cancer,” say Szabo, who espouses the HPV vaccine, along with condoms and dental dams.

The bottom line? “Just get tested.”