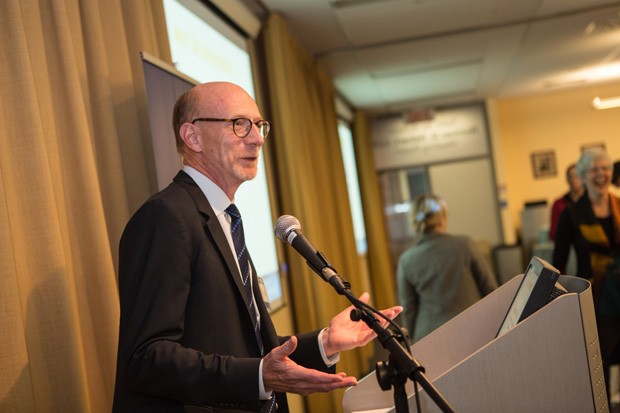 Graham Carr, vice-president of Research and Graduate Studies, speaks to representatives from Concordia and Acfas at a kick-off event in support of the 82nd congress to be held on campus from May 12 to 16, 2014. Photo by Concordia University

In May, for the first time, Concordia will host the 82nd Congress of l’Association francophone pour le savoir (Acfas), the largest multidisciplinary gathering of knowledge and research in the French-speaking world.

From May 12 to 16, 2014, the event will bring together more than 5,000 delegates from 30 countries. Is Concordia ready? Absolutely, says Graham Carr, vice-president of Research and Graduate Studies.

“The different sectors across the university know what's involved in putting on a big conference like this,” he says. “We hosted the Congress of the Humanities and Social Science in 2010, and that was a bigger event, with 9,000 people. Many of the people who organized it are also deeply involved in the planning for this event, so we’re in good shape.” 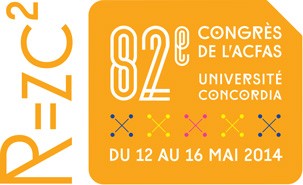 Formed in 1923, Acfas is a Quebec-based non-profit organization with the goal of supporting young scientists and researchers, defending the relevance of research and scientific initiatives in society, and sustaining the dialogue between science and society.

The deadline for proposals for conference sessions is November 4; submissions for individual presentations must be in by November 25. A scientific committee made up of 44 members from institutions across Quebec is busy finalizing the program.

“There’s a large voluntary commitment from more than 30 researchers to support the process,” Carr says.

Carr says it’s important for the university to demonstrate that forging strong, lasting research partnerships is one of its strong points, along with fostering creativity among its researchers.

“We want delegates to have a good experience of Concordia,” he says. “We want them to see this place as a vibrant and exciting university in a fantastic location. So we’ll try to cue the programming as much as possible to reflect that.”

Fluency in French is not a requirement: Carr encourages faculty members and graduate students with even a serviceable command of the language to submit their work for consideration.

“We want to show delegates a good cross-section of our researchers,” he says. “We’re going to do our best to accommodate all those interested in presenting.”

Hosting the conference in 2014 — Concordia’s 40th anniversary — will provide the university with much-needed visibility among the francophone population.

“We really should be better known in the francophone milieu in Quebec and internationally,” Carr says. “Both because of the important contributions that Concordia research makes to Quebec society, and because we are an institution which is open and welcoming to francophone students.”