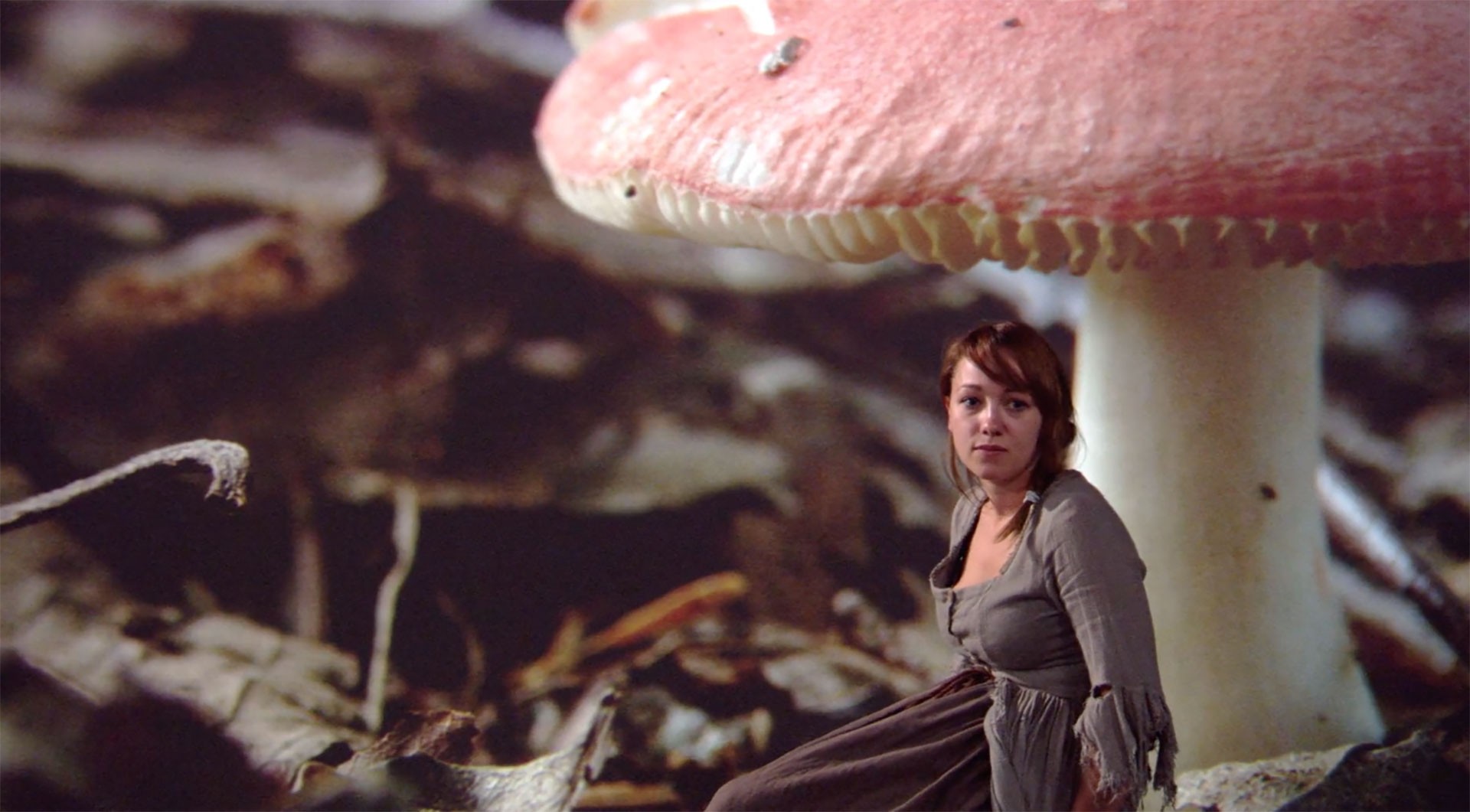 Set in 1663 on L'Île d'Orléans, the 22-minute film recounts the legend of some wish-granting and very mischievous leprechauns from the perspective of a charming beggar-storyteller. Lamarre’s distinctive rear-projection technique (H.E.L.P.) brings this magical story to life on the screen.

Zoë Laks, a doctoral film studies candidate at Concordia, sat down with the filmmaker to talk about her approach to the making and researching of her films, and we also got a sneak peek at her upcoming projects.

I’m curious about your process of realizing this film as well as your future Québec Fantastique collection.

Well basically my research links two things. The first thing is that I’m interested in the technological aspect. I’m trying to find ways to lower production budgets, because cinema is a very expensive art. I’m also interested in the historical aspect. Québec is very rich in terms of history, especially its oral traditions. I’m interested in legends that are rooted in names of places—toponymic legends—because there’s a geographical aspect to it. With Québec Fantastique I’m looking to make a kind of itinerary of legends through Québec, most of them along the St. Lawrence River.

How do you source your material for these legends?

My brother Guy Lamarre is a toponymist, and he used to work at The Commission de Toponymie du Québec. While he was working there, he collected records of these legends linked to the names of places. I started from this core of potential legends, and then from there I built on it. I have about sixty legends that could be adapted. But I don’t think I’ll get to sixty!

I’m interested in finding out when these legends start and how they get embedded in a specific spot. But if you do research about this legend, you’ll only find one small paragraph. So I created the central character, I did research about names that would fit the time period. What are they eating? What are they wearing? What kind of tools do they use? I’m a bit of a maniac about details, I don’t want to put things that didn’t exist at the time. For Le Lieux-dit-de-l’Arbre-Sec, it’s set on L'Île d'Orléans, the cradle of New France, so I thought this was a good one to start with.

So this is essentially an origin story.

In a way, you’re working toward revitalizing legends as a touchstone of our culture.

Yes, we’ve got to know about history, it’s important to know what our ancestors did, where they decided to install themselves, how they lived. I think people should be reminded that it was not an easy time. That’s why I decided to make the central character a beggar who travels from village to village, who trades food in exchange for stories, because that’s how in reality these legends were spread. 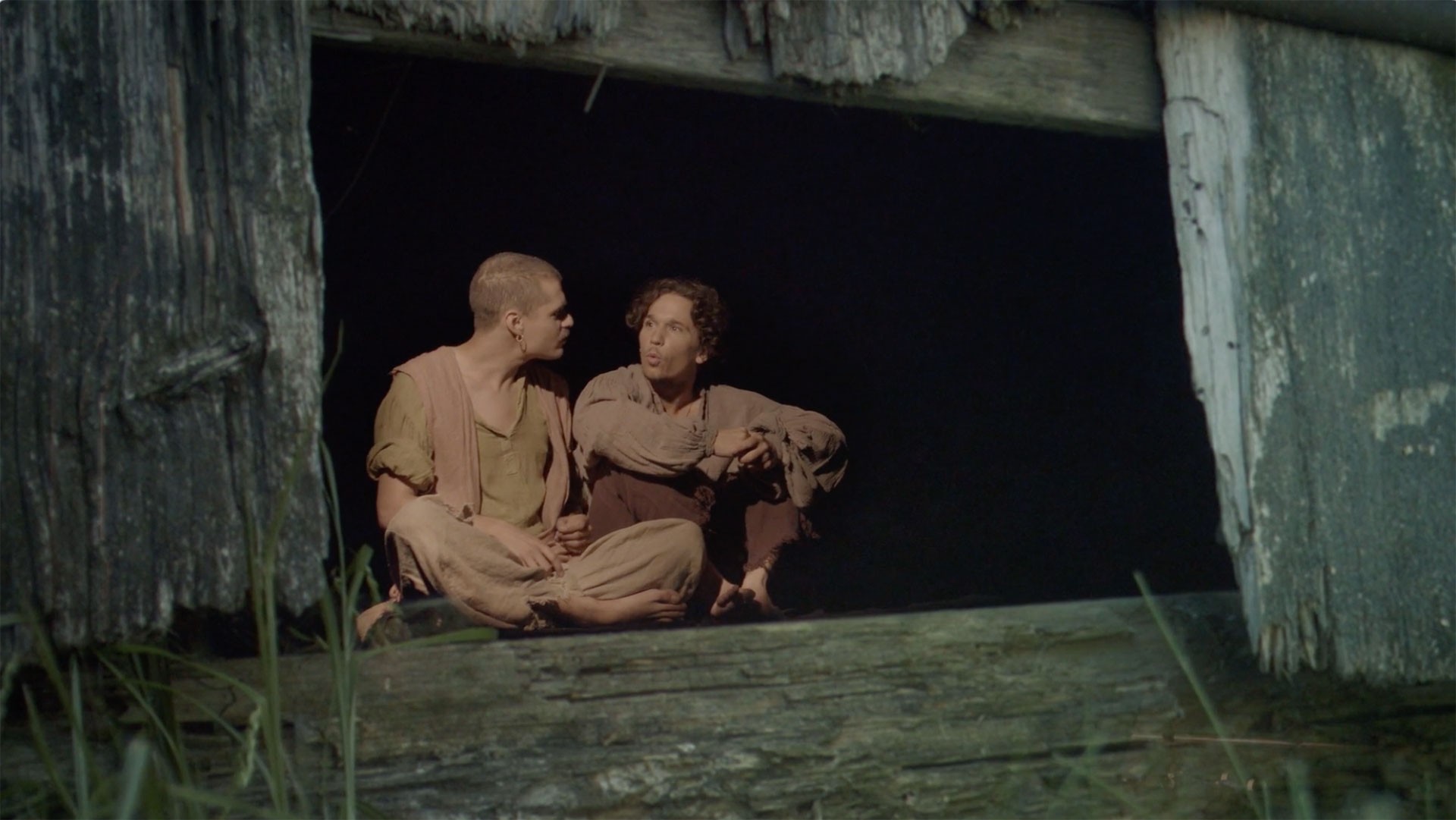 Why do you see special effects being so important to the way these stories are realized?

The technological aspect and the historical aspect are linked, they’re both important in being able to recreate a world. For instance this place I found on L'Île d'Orléans for the shooting of Le Lieux-dit-de-l’Arbre-Sec, I shot the source footage for the rear projection in Maison Drouin, a house that’s been a converted into a museum. That room was very small. But projected in the studio, I can do whatever I want with it!

Especially compared to shooting the whole production in a museum, where it would be prohibitively expensive.

They would never agree! This way we spent an hour in it and then we were gone. The other thing about rear projection is that we can do colour timing in real time, on the set. I place all the props and then I create the staging. I can adapt the image exactly for the texture that I’m looking for. And the actors get to see the setting! It gives a natural backlight, which gives a magical aspect to the image right away. It’s really fun, and each shooting session I try to get students on set. In fact, a lot of the extras are ex-students, it’s very funny.

You’ve created a community around you!

For those who weren’t able to see Le Lieux-dit-de-l’Arbre-Sec at the FCVQ, is there another way audiences can view the film?

What are you working on next?

I have other films in the collection that I’ve started shooting but are not finished yet. When I finish at least six, I’m looking to re-edit them into a feature-length film for family audiences. It’s easy because I have a storyteller, we’d follow him through various villages telling a story here, a story there. It’s my contribution to reminding people of our culture, our roots, and how they sum up what still characterizes us today.