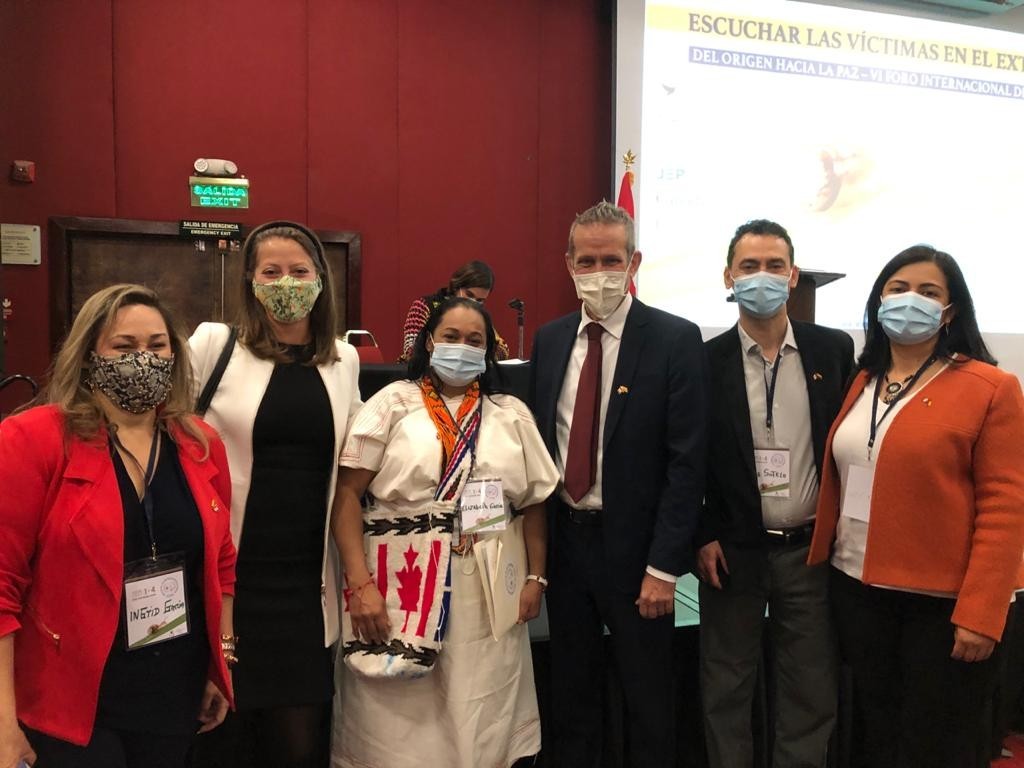 Concordia University and the Acts of Listening Lab (ALLab) co-hosted the 6th International Victims Forum in Bogotá, Colombia in July.

The event brought researchers, artists and academics together with victims of the Colombian armed conflict to participate in collective listening activities, workshops, and learn about the four reports submitted by victims to state institutions.

Founder of the ALLab, Associate Professor of Theatre Luis Carlos Sotelo-Castro, says that this event as one of the lab’s biggest achievements and the culmination of several years of work.

“It was a unique opportunity to test listening methodologies where victims could speak out their hearts and authorities from the various state institutions could respond live,” says the Associate Professor of Theatre.

Since its inception in 2018 as a product of Sotelo-Castro’s Canada Research Chair in Oral History Performance, the ALLab has become an international hub of research-creation activities focused on the transformative power of listening in the context of oral history performance.

In 2020, Sotelo-Castro was named Co-Director of Concordia’s Centre for Oral History and Digital Storytelling (COHDS).

While participants from 23 different countries, connected remotely through Zoom and live events on Facebook, the key to the success of this year’s forum were the in-person events.

The main activities hosted by the ALLab took place in a convention center in Bogotá, where they held exercises and methodologies to help people learn to listen to narrative by people impacted by social trauma better.

Participants heard testimonies through an oral history performance, where real-life narratives are told through an interpreter. In some of the ALLab’s work, for instance, the listener goes through stages of immersion that mimic the environment described by the storyteller.

The Colombian conflict that began in 1964 is ongoing, with many of its victims being forcibly displaced inside and outside the country. For the first time in years, close to 50 victims returned to Colombia to have their voices heard at this international event.

Notably, representatives from Colombian institutions such as the Special Unit on the Search for Persons Deemed as Missing, the Special Jurisdiction for Peace, and the Colombia Truth Commission were all present.

Over four days, the forum hosted activities for victims and organizations to participate in. Through panel discussions and conversations, victims expressed their struggles and strength, as well as a dedication to a peaceful future for Colombia.

“The methodology of the ALLab had an important role, because it’s trying to highlight how important it is to be heard as a victim, that it can be experienced as a form of reparation,” says Sotelo-Castro.

Canada’s Ambassador to Colombia, Marcel Lebleu, who attended the forum, said that, “the Colombian victims who now also share our Canadian nationality are an integral part of our country and our diversity, and enriches Canada more and more every day. For us, it is essential to listen to the victims of the armed conflict in Colombia.”

'I see this event as a graduation ceremony' 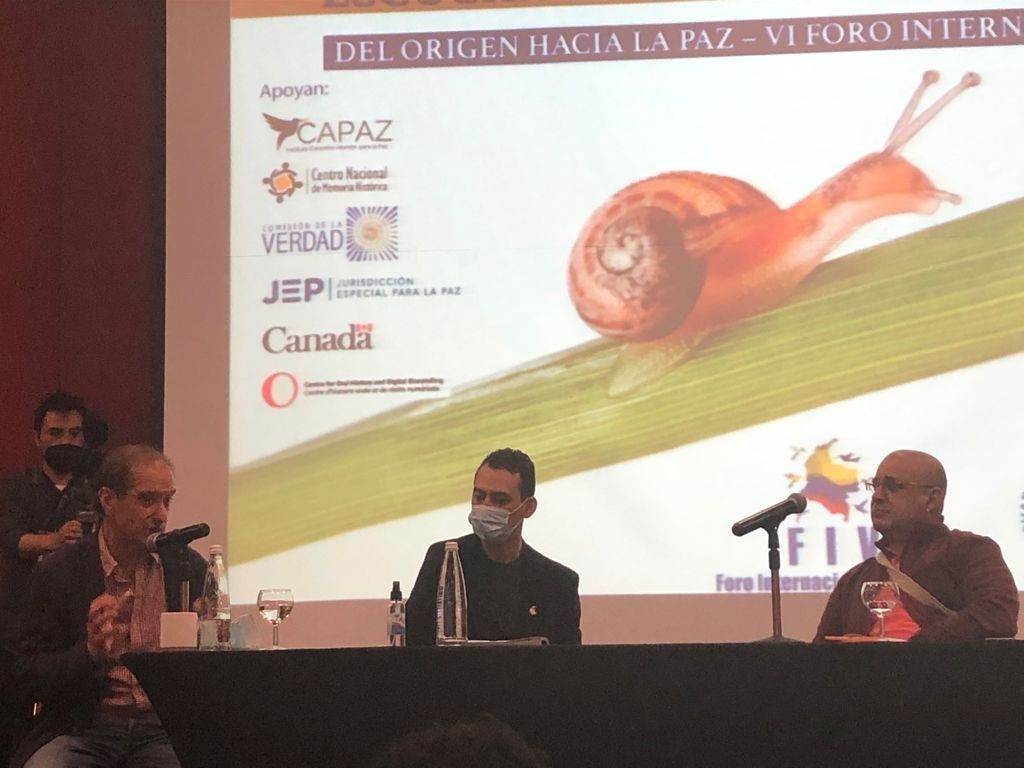 Sotelo-Castro and the ALLab also released a podcast in Spanish called “Era Necesario Encontrarnos/It was necessary for us to meet.” It told the story of three human rights defenders whose organization defends the rights of farmer women, Indigenous and Afro-Colombian rural women.

As a result of the Forum, four reports were submitted to the Special Unit on the Search for Persons Deemed as Missing, the Special Jurisdiction for Peace, and the Colombia Truth Commission.

“Now that specific requests were made, in a couple of months, these institutions will have to deliver formal responses,” says Sotelo-Castro.

After 5 years, Sotelo-Castro’s Canada Research Chair in Oral History Performance coming to an end, but the international partnerships that events such as this have created a strong foundation for future projects, he says. For instance, the Allab's cooperation with Colombia's Special Peace Tribunal will continue. through a four years-long Insight Grant that is about to start in the Fall.

“In many ways, I see this event as a graduation ceremony. I am very thankful that the Canada Research Chair program gave me this opportunity.”

Learn more about the Acts of Listening Lab.

Visit the Department of Theatre.