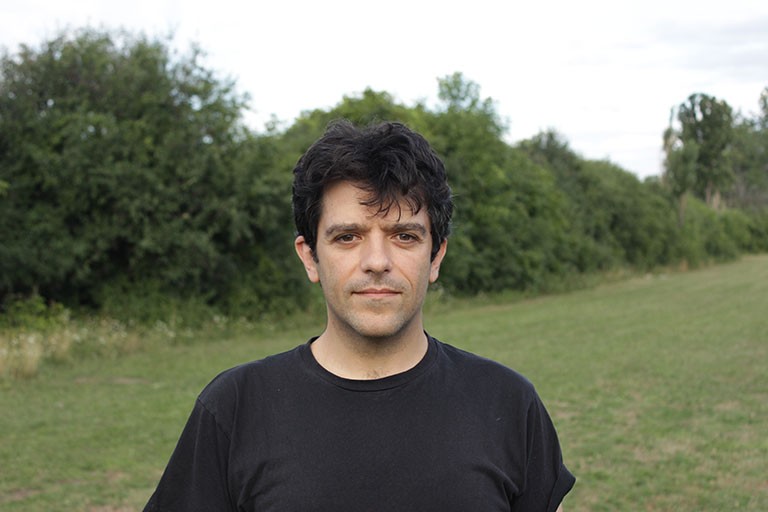 Aristofanis Soulikias, an Individualized Program PhD candidate with strong ties to the Faculty of Fine Arts, has been awarded the 2019 Jorisch Family Artist Residency. Announced in 2016, the fellowship supports a four-week artist residency for outstanding graduate students in the Amalie Redlich Tower of the Museum der Moderne in Salzburg, Austria.

The spaces and places Soulikias inhabits play a central role in his film animation practice.

“I’m always triggered by place. I need to have a context in which to work. In this case, we’re talking about a built context. A historic context. I’m imagining how to express ideas just as any artist would, but I am particularly drawn by the essence of place,” says Soulikias.

In his animations, he uses under-camera techniques to shed light on the tactile elements of architecture. His stop-motion technique involves 2-dimensional under-lit silhouettes, capturing each frame digitally. Consequently, his work has a distinct, hand-made aesthetic. Soulikias says his approach communicates aspects that aren’t felt though computer generated animation.

‘Inspiring places have an effect on my work’ 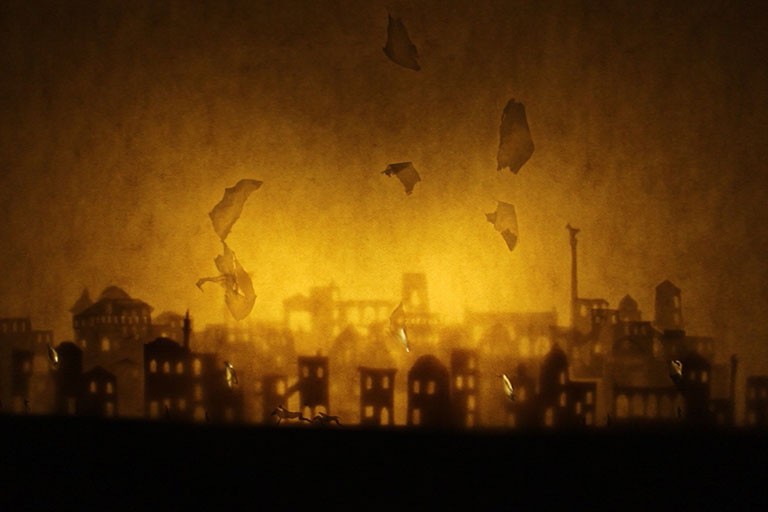 Still from "In the Shadow of Mount Damavand' a musical and visual multidisciplinary performance inspired by the Shahnameh in which myth, sound and images from the Perisan tradition take on a new life, 2018.

“Places that are inspiring do have an effect on my work,” he adds. He plans to use the Amalie-Redlich Tower in a series of animations. In Salzburg, he will meet with local stakeholders, including the architecture firm that has been involved in the building’s restoration and people living or working in the building.

Once a water tower, the Amalie-Redlich Tower now hosts apartments for artists and workshop rooms.

“I always see it through the lens of an architect and a person who has worked with historic buildings. For me, it makes perfect sense to do something with the Tower,” he says. “I will create film animations that will reflect upon its layers of history and its reuse.”

After the research-creation process is complete, he will analyse audience reactions to gauge the effectiveness of his approach. “My response to the place and the locals' response will be a qualitative set of knowledge that I hope will expand my ideas about the possibilities of the handmade film even further”, he explains.

A great opportunity to test his technique

“I definitely have an interest in historic places, and historic buildings,” he says. “As a first-year PhD candidate, this is a great opportunity for me to start producing and testing and seeing what the potentials are with this particular technique.”

This isn’t the first time Soulikias has based animation on architecture. The 2014 animated short, “Last Dance on the Main”, he made as an undergraduate student at the Mel Hoppenheim School of Cinema, made TIFF Canada’s Top Ten Student Shorts in 2015. It was screened at 65 festivals, including DOK Leipzig, the Ottawa International Animation Festival, and the American Documentary Festival.

Soulikias thanks his supervisors for their support and is grateful to the Jorisch Family for, “dedicating their funds to the Arts”, which, to his view, “make life worth living by connecting people across time and place”.