The Return of KP to Vienna 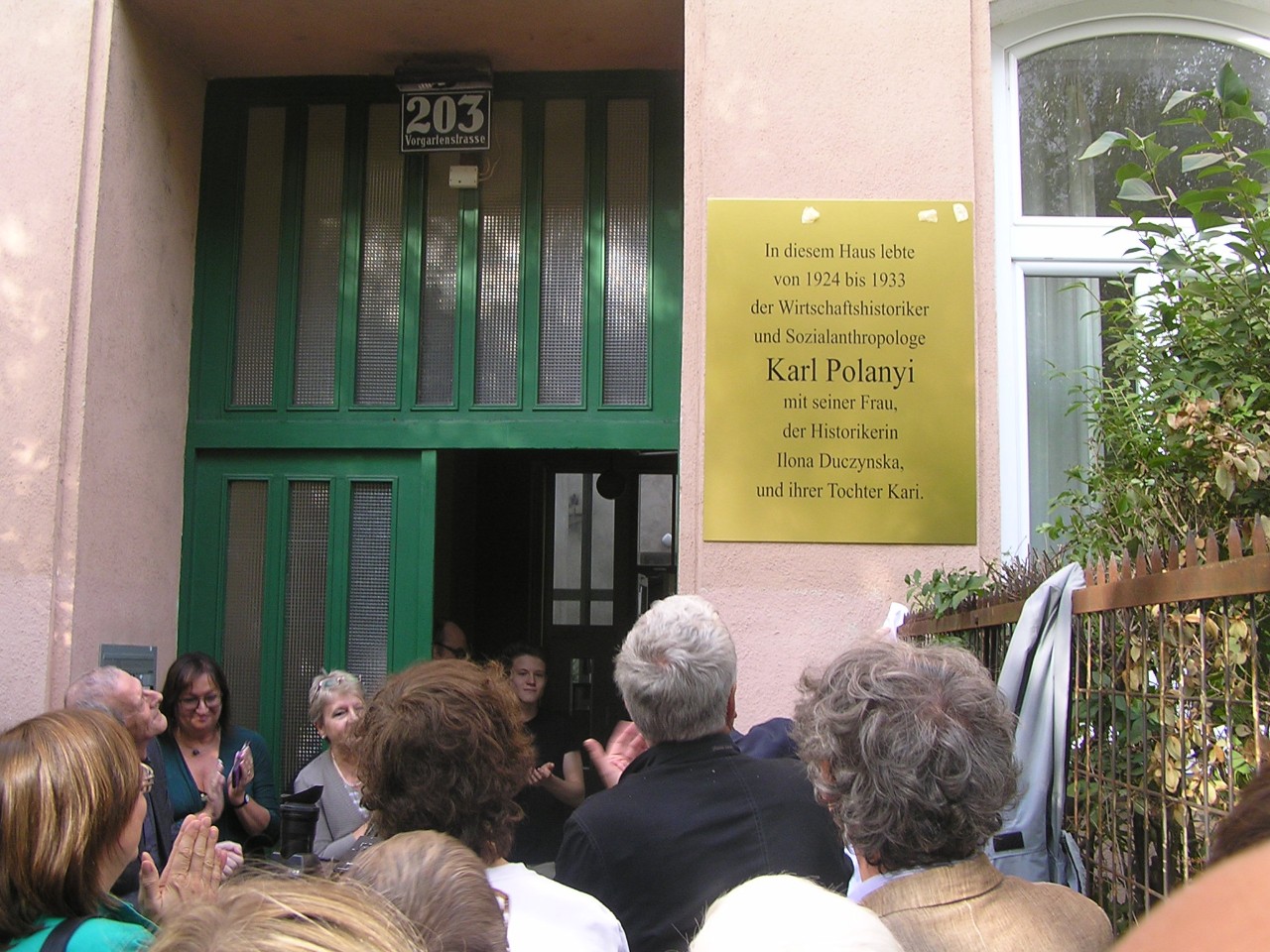 On August 20th, 2015, friends, colleagues, and neighbours gathered to celebrate the unveiling of a plaque, noting the former residence of Karl Polanyi and his wife Ilona Duczynska at Vorgarten-203 in Vienna, Austria, that reads In this house lived from 1924 to 1933 the economic historian and social anthropologist Karl Polanyi with his wife, historian, Ilona Duczynska, and their daughter Kari. The tribute was initiated by German sociologist, Christoph Deutschman, with the support of the German and Austrian Sociological Association, and the invaluable assistance of Professor Jörg Flecker, head of the Department of Sociology at the University of Vienna.

In her welcoming remarks, Professor Kari Polanyi talked about her parents’ socialist philosophy of life, her happy childhood in Red Vienna, her experiences in February 1934, when the government attacked and defeated the workers of Vienna, and her mother’s involvement with the Schutzbund in resistance to the Austrian brand of Fascism.

This news item first appeared in e-Newletter No.1, September 2015.