MIGS is pleased to announce that Non-Resident Fellow, Michael Petrou, was hired as the new “Historian Veterans’ Experience” at the Canadian War Museum.

MIGS launched a Call for Proposals for its annual Artificial Intelligence and Human Rights Forum to be held on April 25-29, 2022. Proposal submissions are due no later than 15th February, 2022. 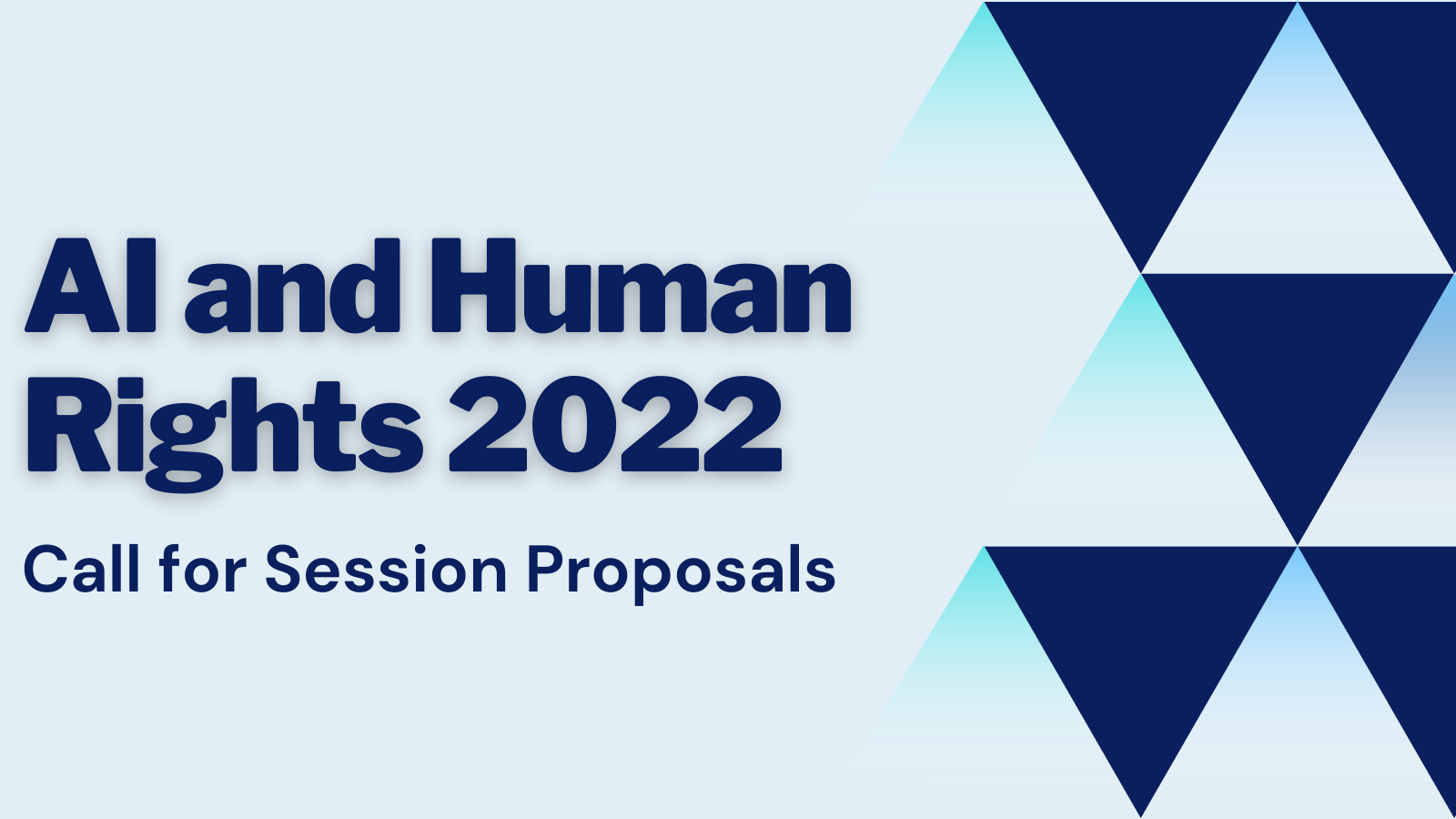 MIGS is delighted to announce that its founder, Frank Chalk, will be one of the esteemed judges at the International Architectural Competition for the new Montreal Holocaust Museum. The winner of this competition will design a new building for the Museum on Saint-Laurent Boulevard in Montreal. To learn more, please see here.

MIGS will host the 3rd virtual policy dialogue as part of its ‘Canadian Taskforce to Combat Online Antisemitism’. This event will focus on developing a whole-of-society approach to building Canadian resiliency to online antisemitism. Confirmed speakers are Irwin Cotler (Raoul Wallenberg Center for Human Rights and Special Envoy on Preserving Holocaust Remembrance and Combatting Antisemitism), Michael Levitt (Friends of the Simon Wiesenthal Center), and Karel Fracapane (UNESCO). This event is invite only and space is limited, however if you wish to attend please send an email to lauren.salim@concordia.ca.

MIGS is organizing the event “What's next? US-Canadian relationship to confront digital authoritarianism”.  Speakers include U.S. Consul General Ana Escrogima, David Kaye (clinical professor of law, University of California, and former UN Special Rapporteur on the promotion and protection of the right to freedom of opinion and expression), Chris Walker (VP for Studies and Analysis, National Endowment for Democracy), Suzanne Nossel (Chief Executive Officer of PEN America), Ron Deibert (Director of the Citizen Lab at the Munk School, University of Toronto) and Inga Kristina Trauthig (Research Manager and Senior Research Fellow, Center for Media Engagement, University of Texas). You can register here. 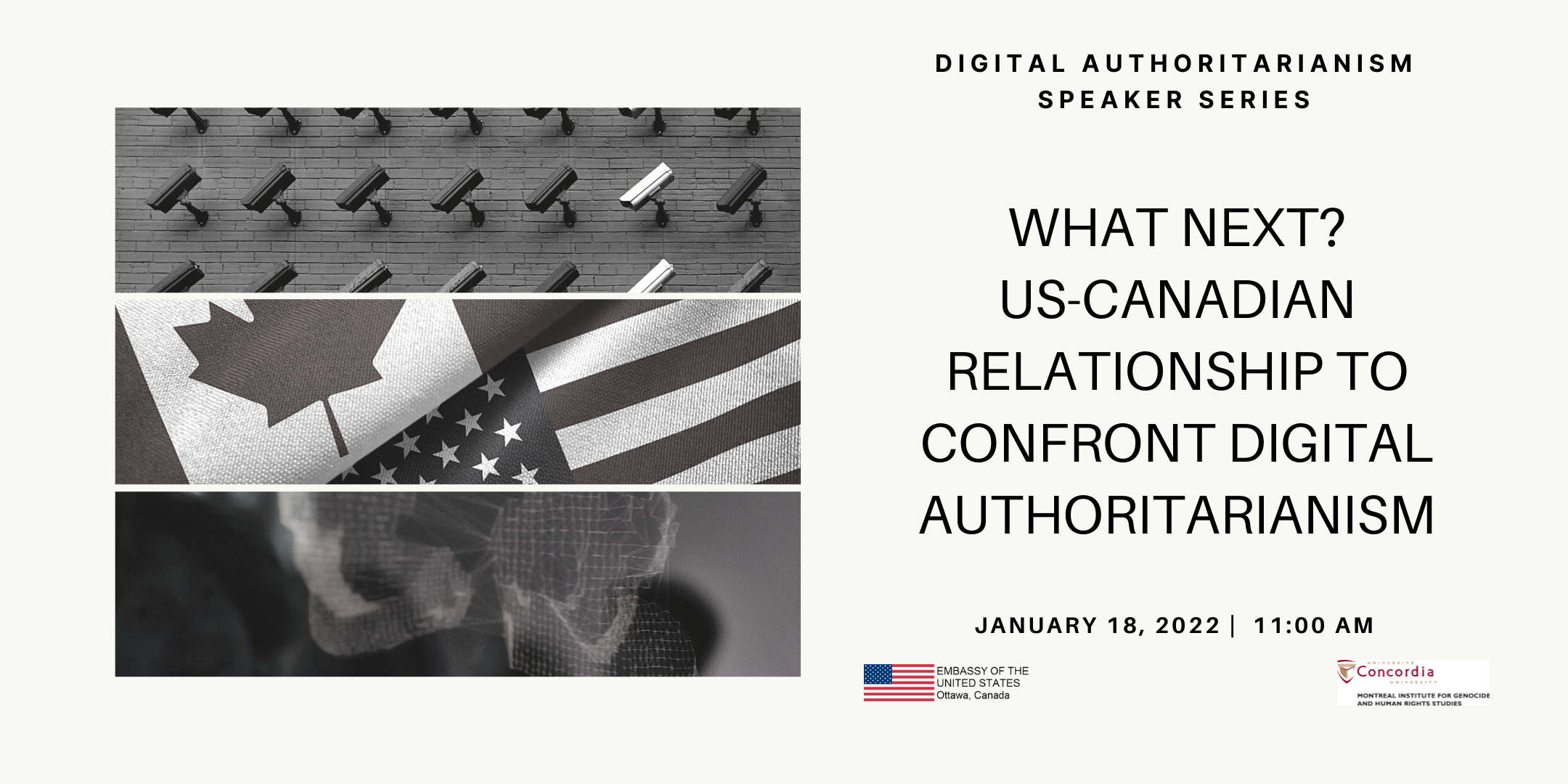 MIGS organized a discussion on “Russia and Iran’s Digital Authoritarian Playbook” as part of the “Canada- U.S. Democracy and Human Rights Collaboration Initiative” funded by the U.S. Embassy in Ottawa.

MIGS organized a Twitter Spaces discussion on the human rights situation in China with the founder of Hong Kong Watch, Benedict Rogers. 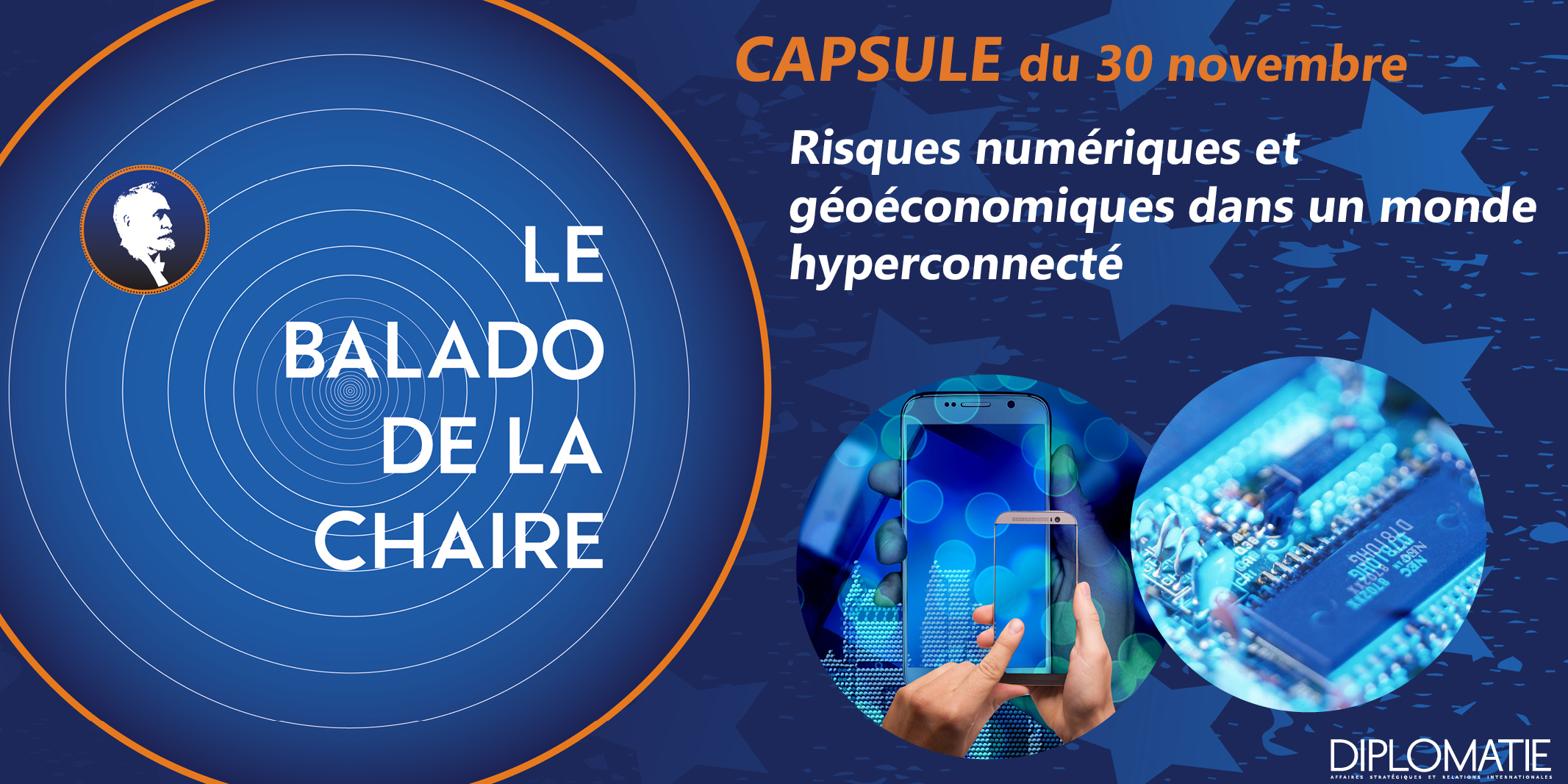 Kyle Matthews moderated “The Next Trudeau Government and Foreign Policy” discussion with Senator Peter Boehm for the Canadian International Council.

Kyle Matthews spoke at the “Beyond T-Fair: Exploring Lessons Learned” panel, at the10th anniversary of the Freedom Online Coalition conference. 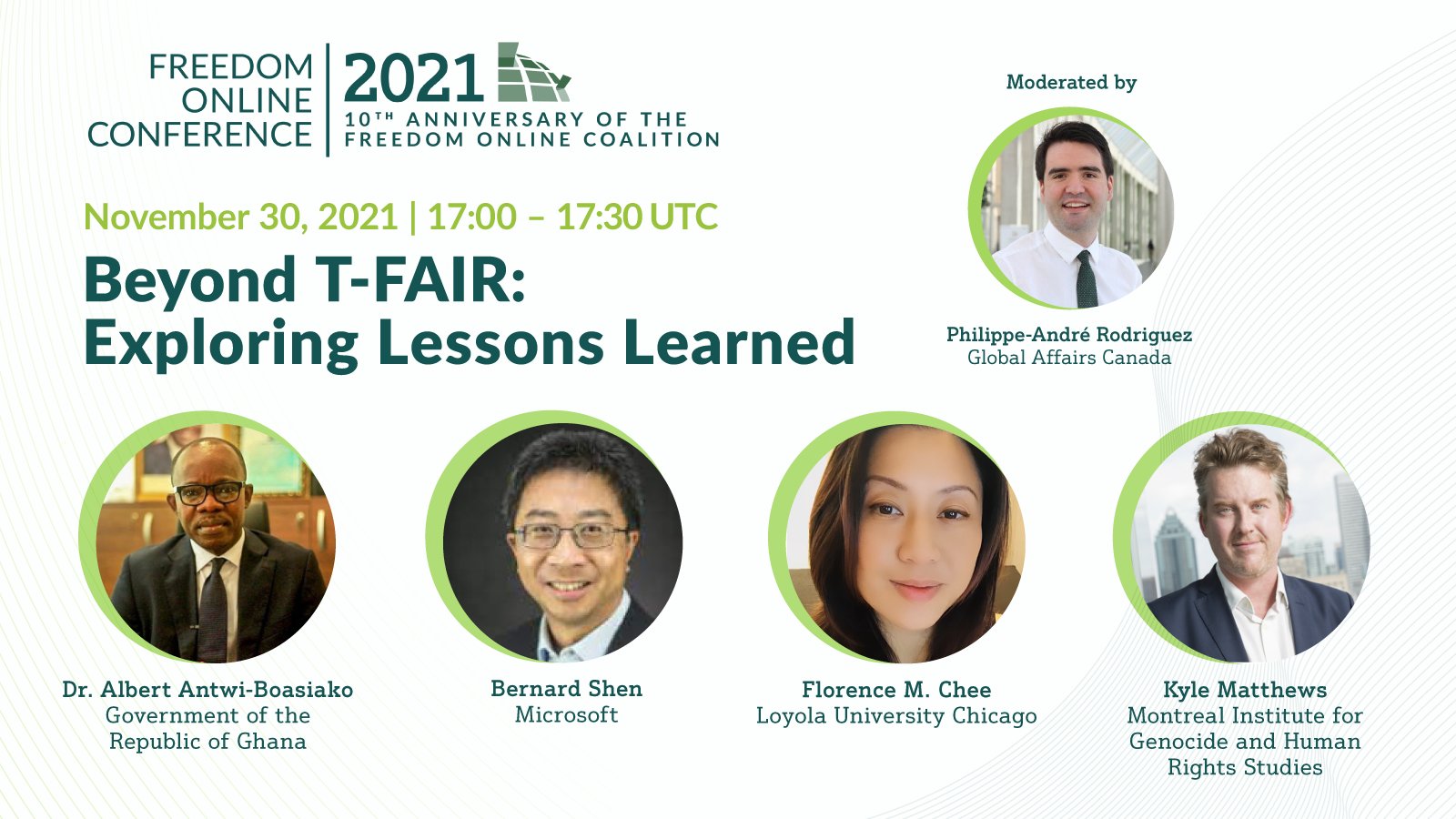 MIGS project officer Jennifer Ben-Menashe attended a virtual roundtable organized by the Counter-Terrorism Committee Executive Directorate on the misuse of the internet for terrorist purposes in the South/Southeast Asia region.

MIGS’ staff participated in a workshop organized by International Support for Uyghurs that focused on the case of Canadian citizen, Huseyin Celil, who has been arbitrarily detained in China since 2006.

Jennifer Ben-Menashe attended the conference “Sparking a Revolution in Open Source Intelligence” organized by the Center for Strategic and International Studies.

Kyle Matthews participated in a consultative workshop organized by the UN Special Rapporteur on Freedom of Religion or Belief, Ahmed Shaheed, to provide advice for his upcoming report to the UN Human Rights Council on the topic of "persons belonging to religious or belief minorities in situations of conflict and insecurity."

Marie Lamensch gave a lecture on digital authoritarianism and the geopolitics of culture at UQAM’s Department of Geopolitics.

Kyle Matthews spoke at the “Deepfake news- Artificial Intelligence and Disinformation as a Multilateral Policy Challenge” roundtable hosted by the Organization for Security and Co-operation in Europe’ Office of the Representative on Freedom of the Media. 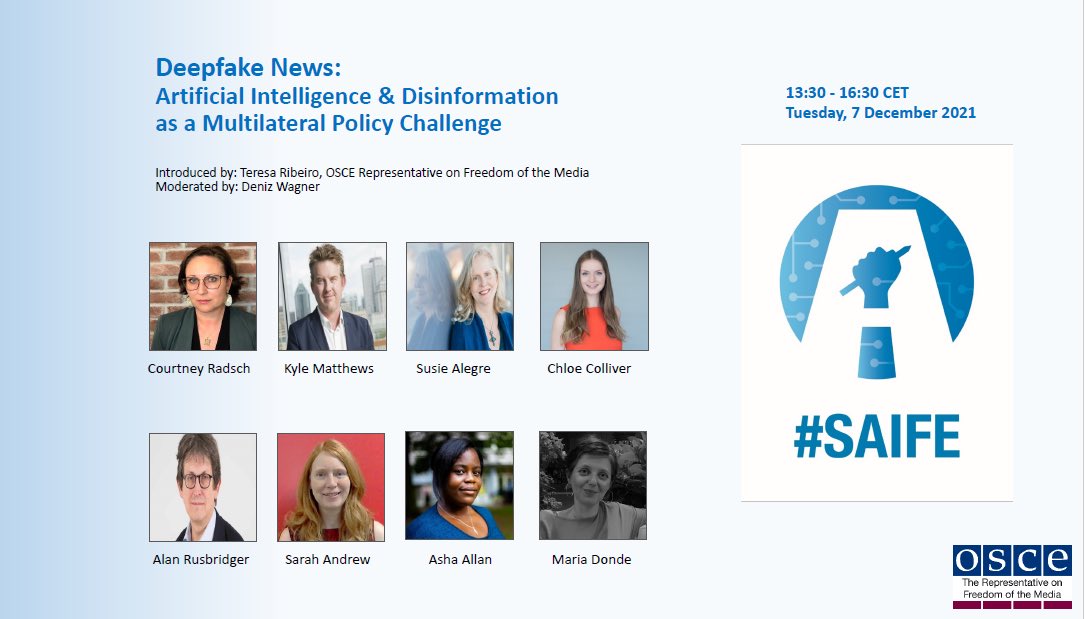 MIGS partnered with the United States Holocaust Memorial Museum and the Raoul Wallenberg Centre for Human Rights, for the Canadian launch of the Museum’s new report “To Make Us Slowly Disappear: The Chinese Government’s Assault on the Uyghurs”. 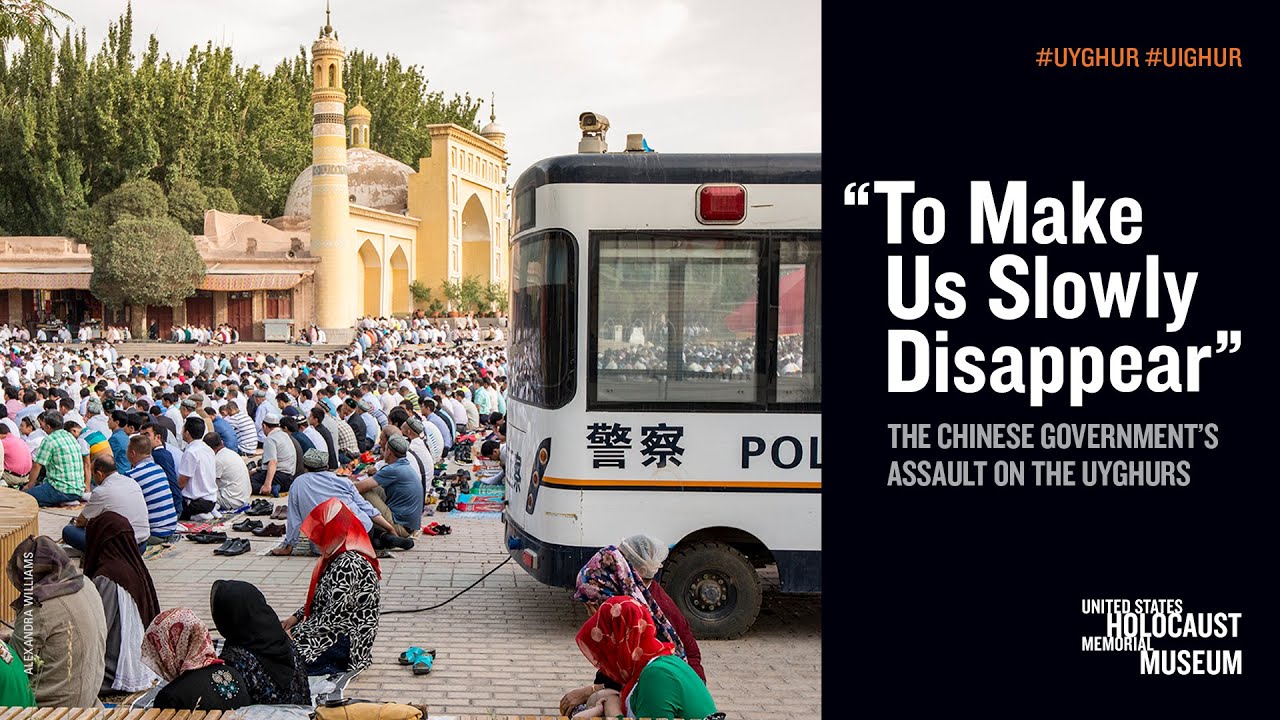 Kyle Matthews and Marie Lamensch participated in the “Emerging Technologies and Transatlantic Security” talk hosted by the Macdonald-Laurier Institute and Konrad Adenauer Stiftung.

Marie Lamensch participated in the first advisory panel meeting of the Stimson Center new project on digital surveillance and North Korea. Marie has accepted to become one of the six permanent advisors for this 2-year project.

Kyle Matthews participated in the final 2021 Renewing Our Democratic Alliance initiative organized by the Canadian International Council and the Konrad Adenauer Stiftung.

Ewelina U. Ochab spoke at the 1st Meeting, 33rd Special Session of Human Rights at the United Nations.

Kyle Matthews, along with members of other human rights  and cultural organizations, signed a letter to Prime Minister Justin Trudeau and his Anti-Semitism Envoy, Irwin Cotler, putting pressure on the Canadian government to keep its pledge combat anti-semitism and hate.

MIGS is working with Equalit.ie to bring the UN’s Internet Governance Forum to Montreal in 2024. Partners in this initiative include Cira, the Association for Progressive Communications, and the Secdev Foundation, amongst others.

MIGS endorsed the Women’s Peace Network letter to the UN Security Council, calling on the members to hold the Myanmar military accountable for the abuses against the women of Myanmar. 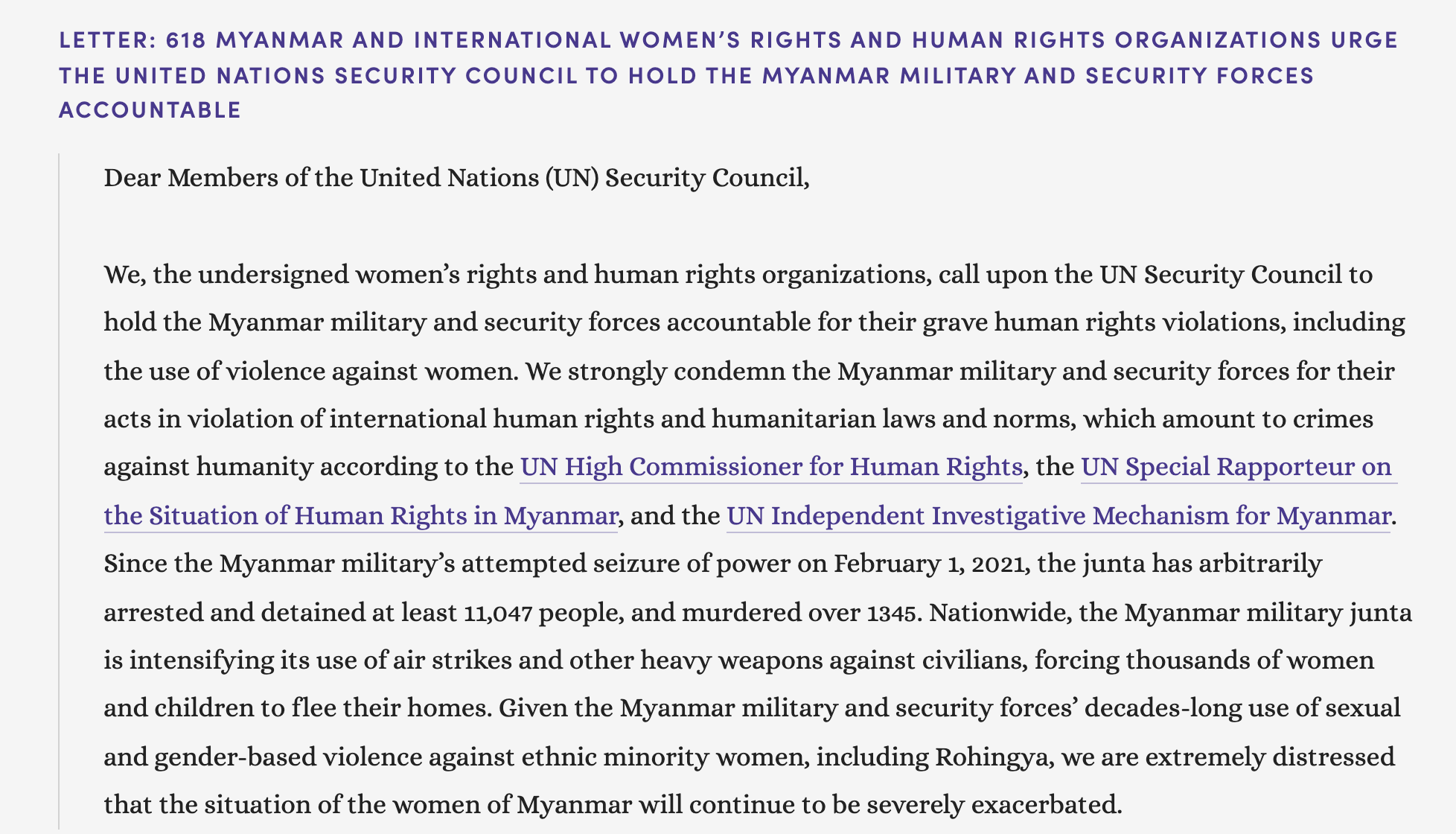 MIGS Fellow Naomi Kikoler published an article in The Hill titled  “China’s crimes against the Uyghurs.”

Marie Lamensch wrote an article for the Centre for International Governance Innovation (CIGI) titled “For Rights Defenders, Cyber is the New Battleground.”

MIGS Leader of Special Projects, Lauren Salim, wrote an article titled “Sweden’s former State Institute of Racial Biology and a look to the Future of the Truth Commission” for the Human Rights Research Center.

MIGS Digital Fellow Mark Kersten published an article on Justice in Conflict titled “Enough is Enough: The ICC Should Announce an Investigation into Migrant Abuses.” He also wrote an article for Al Jazeera called “It is time for the ICC to address crimes against asylum seekers.”

MIGS Fellow Phil Gurski published new podcast episodes and blogs on his website, including “How reliable is Saudi Arabia as a counter-terrorism partner?”,  and “Does the ‘war on terrorism’ need warriors to fight it?”

MIGS’ Digital Fellow Joana Cook spoke to Ambassador Roya Rahmani about counter-terrorism and women’s rights on the podcast “Counter-Terrorism After 9/11.”

Joana Cook spoke to The Hub about the role of women in the war on terror.

Marie Lamensch wrote an article for CIGI titled “#MeToo in Asia: Victories, Defeats and the Case for Digital Activism.”

Ewelina U. Ochab published an article in Forbes Magazine titled “U.N To Establish A Monitoring Mechanism for Ethiopia.”