Meet the Concordia undergrad student who saved a woman’s life 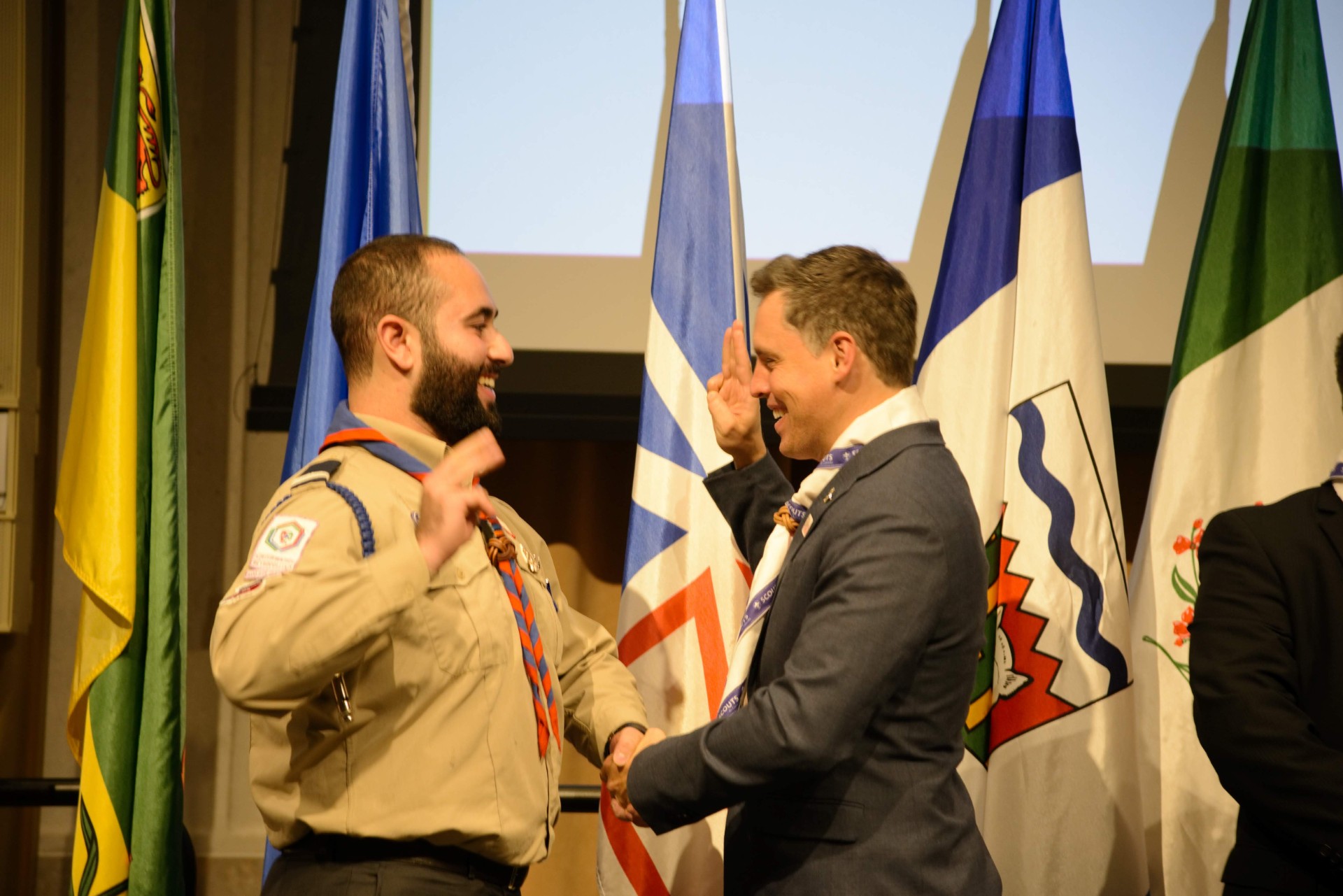 How would you react if you were suddenly faced with a life-or-death situation?

For Concordian Kevork Atamian, the answer was to keep calm and act swiftly. A woman is alive today because of it.

The first-year undergraduate student in the Department of Chemistry and Biochemistry, recently received the Scouting Silver Medal for Heroism for his actions.

Two years ago, Atamian was out for a casual brunch with his family at the Hôtel le Chantecler restaurant in the Laurentians.

Suddenly, a woman at a nearby table began choking.

“Many of the people around didn’t know what to do and froze,” recalls Atamian.

He is CPR-certified but at the time had not kept his certification renewed, so he let his godfather’s wife, a trained nurse, step in and attempt the Heimlich maneuver.

However, after a few tries, it became clear more force was needed, and Atamian stepped in.

“I started with the Heimlich, and then I moved her to the ground and began compressions after she lost consciousness.

Atamian credits his background in scouts (he is part of the AGBU Montreal scouting movement in the Armenian community) and lifeguard training with giving him the skills necessary to assess and handle the situation.

“We have a lot of training in emergency preparedness, and in how to react in emergency situations,” he explains

‘A very hard call to make’

After a long period of compressions, the nurse on-site confirmed the woman had no pulse, and Atamian recalls this was the most difficult part of the entire event.

“You are taught in emergency training that there is a time when you have to make the call to stop (resuscitation efforts). And that’s a very hard call to make.”

However, Atamian persisted, and after roughly 20 minutes, the food in the woman’s throat was dislodged, and she began to slowly recover.

It is doubtful the woman would have lived without on-the-spot intervention, since although the call for an ambulance was placed when she began choking, they did not arrive for almost 45 minutes after she was resuscitated. By the time it showed up, she had returned to normal.

Following the dramatic rescue, Atamian continued to use his first responder training to calm the woman’s husband, leading him to his car and helping him pack to go to the hospital.

In the days and weeks following the rescue, Atamian’s scout leader asked him to prepare a testimonial. He did, but then weeks went by and he thought nothing of it.

It was only in recent months he learned he had been awarded the the Scouting Silver Medal for Heroism for his actions. He wore his scout’s uniform to the ceremony held in Ottawa.

Atamian, who is in honours biochemistry, is also a member of the Science College and the Co-Op Education program. He says the life-changing experience has forever shifted his perspective on being able to react in the moment.

His advice to students?

“Whether it’s saving someone’s life, or something like an exam or a speech, you may feel panicked, but don’t allow that to take over,” he advises.

“Take a few seconds to pull yourself together, and take action.”

Call to action: Find out more about the Science College.