“An occasion to promote mathematics and invite students to continue their involvement”
|
By Elisabeth Faure
Source: Faculty of Arts and Science 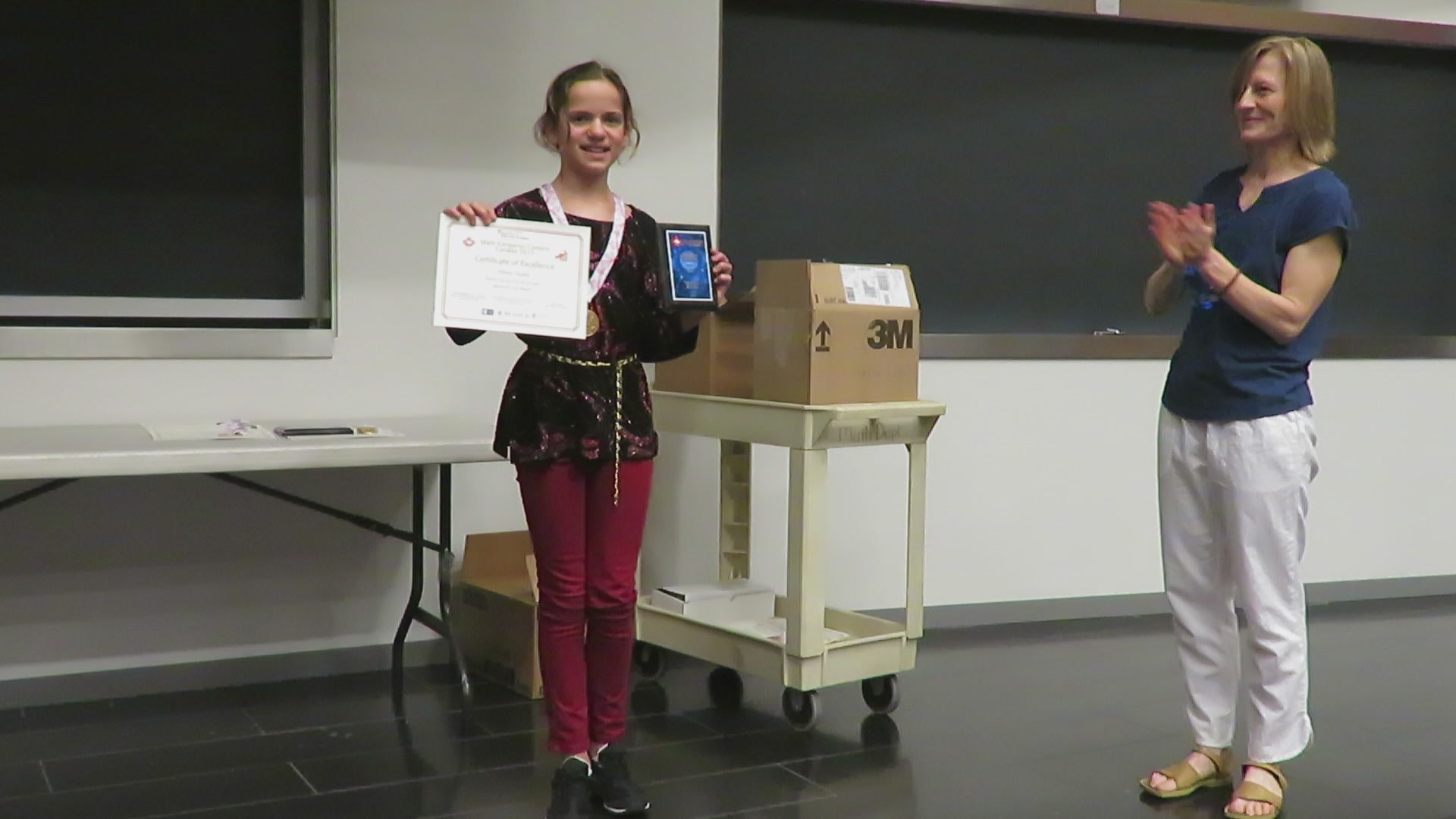 On Sunday, June 10, Concordia’s department of Mathematics and Statistics will once again celebrate young people’s curiosity about math, at the Kangaroo Math Contest Awards.

Originally founded in France in 1991, Kangaroo Math Competitions invite youth from grades 1 through 12 to use logic and creativity to solve multiple-choice math questions, on a timed deadline.

Today, millions of youth and mathematicians participate all over the world. Concordia has participated in the contest by hosting the event in Montreal since 2012.  This year, 490 students participated which has grown substantially from the 65 students who registered in 2012. The department also runs a sister program, the Montreal Math Circle, that provides a way to fill students’ knowledge gaps and to advance  mathematical skills year-round.

“I consider the opportunity to engage with challenging problems to be the reward itself. Thinking outside the school-type problems, having the chance for creative problems solving – these are the main arguments for which I encourage children to participate,” says local organizer Ildiko Pelczer.

Pelczer’s role is to ensure the communication between the national organization and local venue concerning issues of contest promotion, training sessions, and preparing for the contest day, as well as getting ready for the ultimate award ceremony.

“The best thing about the Canadian Kangaroo Math Contest is that this is not a one-off, singular event,” says Vadim Tsypin, whose daughter Allison Tsypin has been participating since 2015, when she entered in the grade 5 – 6 category.

“This is a learning ecosystem where students can grow and prosper all through the year. The contest is traditionally held in March (on the same date all over the world) but once the school year starts, the Kangaroo Web site offers a wealth of information that allows to "get in shape" mathematically after summer vacations and to start preparing for the new cycle.”

Allison says the contest has enhanced her curiosity about math and science.

“The Kangaroo Contest made me appreciate and love the kind of math they don't teach us at school: logic, puzzles, reasoning. When time is severely limited, you have to come up with an elegant solution. Kangaroo is so much fun and so addictive! You try to be better every year and as you pass to higher school grades, the tasks become more difficult. The prizes are a huge motivation, too.”

And she would know. In her four years of participation, Allison has won the Montreal Gold medal once, the Canadian Bronze medal twice, and was named the Absolute Canadian champion once.

“The medals and plaques are awesome!” she says.

The awards ceremony itself is designed to be a celebration of intellectual activity, with participants each receiving a participation certificate and a math souvenir. After the contest, the statistics on the Web site allow participants to track their standing regionally, provincially, and nationally, and trace the progress of their peers' cohort year-over-year.

“The ceremony is a special moment where we recognize the achievement of the high performers. Is it also an occasion to promote mathematics and invite students to continue their involvement,” says Pelczer.

“Although on this day, we recognize the ones with excellent results, we want to thank to all contest participants for their curiosity, their engagement and desire to rise to the challenge.”