Enduring Humanitarianism in the Palestinian Territories

Palestinians in the Occupied Palestinian Territories (the West Bank and Gaza Strip) are among the highest recipients of per capita international humanitarian aid in the world. This talk will examine the enduring nature of Western aid to Palestine and how Palestinians endure their lives as humanitarian subjects. This reveals the paradoxes of humanitarianism in both facilitating and subverting colonial processes. 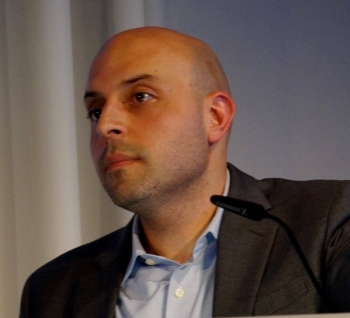 Sa’ed Atshan is an Acting Associate Professor of Anthropology at Emory University and Associate Professor of Peace and Conflict Studies at Swarthmore College. Atshan previously served as a Postdoctoral Fellow at the Watson Institute for International Studies at Brown University. He earned a Joint PhD in Anthropology and Middle Eastern Studies and an MA in Social Anthropology from Harvard University, and a Master in Public Policy (MPP) degree from the Harvard Kennedy School. He received his BA from Swarthmore in 2006.

He has two recent books, both of which were published in spring 2020: Queer Palestine and the Empire of Critique (Stanford University Press) and the co-authored (with Katharina Galor) The Moral Triangle: Germans, Israelis, Palestinians (Duke University Press).

Atshan has been awarded multiple grants and fellowships, including from the Rosa Luxemburg Foundation, Open Society Foundations, National Science Foundation, Social Science Research Council, Woodrow Wilson National Foundation, Andrew Mellon Foundation, and the Jack Kent Cooke Foundation. He is also the recipient of a Paul and Daisy Soros Fellowship and a Kathryn Davis Fellowship for Peace. He is also a Palestinian, Quaker and LGBTQ human rights activist.