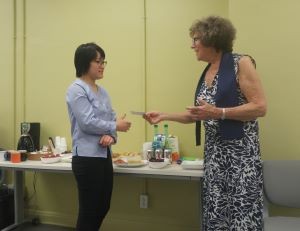 The Sheila Mason Bursary is a new initiative created jointly by SoPhiA and the Inclusivity Project. It honours the work of Dr. Sheila Mason and her extensive contributions to the Department of Philosophy as Professor and Department Advisor from 1969 to 2015. For over 40 years, Dr. Mason has helped make the voices of women and minorities heard, as both a professor and through her academic work on feminist theory and on care and feminist ethics. The Sheila Mason Bursary is designed to provide financial aid to students, specifically women, BIPOC, LGBTQIA+ individuals, and people with disabilities.

It is the Inclusivity Project's hope that these will be students who are able to provide both theoretical support to their ideas and examples of how these can be applied to society. Their thought and work aim to establish cooperative philosophical practices and spaces. They generate transformative discussions on oppressive academic and philosophical traditions, or on societal structures. They prioritize the exploration of queer, postcolonial, intersectional, feminist, or race theory (inside or outside of class settings) to mobilize action towards a paradigmatic shift of philosophical perspectives. Moreover, it is essential that they also concretely participate in social justice or community-based initiatives to promote inclusive thought and action, whether within Concordia’s Philosophy Department or outside it.

Applications will also be considered based on financial need, given the way that class intersects with other forms of marginalization. For more information, e-mail the Inclusivity Project. 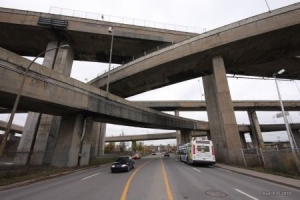 Have you written a good essay that touches on current social trends?

Thanks to a generous donation from Concordia University alumna Charlotte Colbert, the Liberal Arts College and the Department of Philosophy are pleased to announce two (2) available Thought Provoking Award in-course scholarships for students returning to full-time studies in the 2021-22 academic year. The Thought Provoking Award will be awarded to two eligible students who submit the best essays that focus on a contemporary social trend—such as political or cultural movements or currents—essays deemed beneficial to public debate. Essays must not exceed 4000 words. The heads of the Liberal Arts College and the Department of Philosophy will together decide which submitted essays best meet these criteria, and the winning essays will be shared with the anonymous donor.

To be eligible to submit an essay you must be a full-time undergraduate student with a minimum GPA of 3.30, and be enrolled in an Honours, or Major, or Minor program in either the Liberal Arts College or the Department of Philosophy. Ask a faculty member to send a separate letter, stating simply that they nominate you for the award.

The winners will each receive a scholarship in the amount of $1,800.

Essays and faculty nomination letters are due May 14, 2021, via email to the Liberal Arts College and the Department of Philosophy. 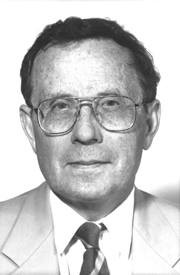 It is awarded each year to one undergraduate and one graduate student who are judged to be the most accomplished and promising in one of these areas. The award will be presented at a spring ceremony that also celebrates Kant’s birthday in honour of Professor Zeman's annual celebration, with students, of Kant's birthday.

DEADLINE TO APPLY: April 30, 2021 for undergraduate and graduate students.

ELIGIBILITY: Award is granted every year. Students must be in good academic standing and currently registered in courses at Concordia University, in the Department of Philosophy, with a minimum GPA of 3.30.

AWARD: $300 and a letter recognizing the award and the student’s accomplishment.

PROCEDURE: Instructors in the Department of Philosophy nominate students by writing a letter that addresses their merits for the award. Students may also contact instructors to request to be nominated. Students may be nominated on the basis of work in previous years, but nominees must currently be Concordia students. The letter of nomination, together with a paper by the student that supports the nomination, are to be submitted by email to the Undergraduate Program Director or Graduate Program Director. The nominations are reviewed by a faculty committee in the department, which recommends a recipient.