Geography is a point of view, a particular way of looking at and thinking about the earth. It is the questions that geography asks about places, landscapes, and the environment that distinguish it from other subdivisions of knowledge. Geography is a broad and diverse discipline that examines interrelationships and interconnections, while stressing synthesis, a worthy goal of scholarship, given the lingering penchant for reductionism and ever finer divisions of knowledge. 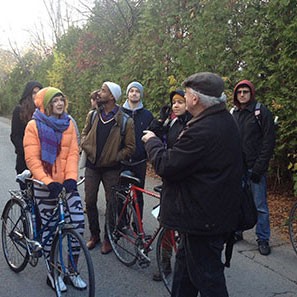 Geographers are familiar with how natural systems function; they know that humans are a dominant agent of change in nature; they are interested in the attitudes, values, and ideas that cultural groups attach to their surroundings; they have a heritage of thinking about plants, animals, people, and the environment as an inseparable complex; and they have long been interested in the areal association and spatial organization of both natural and anthropogenic phenomena on the earth's surface. As a result, geography is well-placed to act as a bridge between the social sciences and humanities on the one hand and the physical and biological sciences on the other. From such a central position, it is inevitable that geographers fan out along a variety of academic paths, and that these paths will cross, mingle, or converge with those of other disciplines. By its very nature geography is a discipline that seeks to integrate and synthesize knowledge. Therein lies its strength. The geographer's world is your world: it is the earth as the home of humans.

Because we need to identify and analyze the global, regional, and local structures and processes that affect our daily lives. Because as the world becomes more interdependent, the need for the integrative geographical perspective will increase. Because trying to make sense of the world is an endlessly exciting challenge.

Geographers ask a diverse set of questions such as:

Much of what happens in our daily lives is influenced by events beyond our ‘local world’ – events often beyond our borders and outside the control of our national governments. As the world’s nations and environment become more interdependent, the need to understand how our lives are interconnected across the globe increases. With it the role of geography and employment opportunities for geographers will continue to grow. 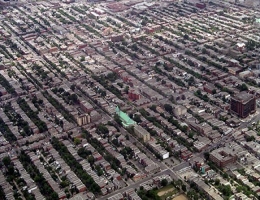 You will find the department on the twelth floor of the Hall Building (1455 De Maisonneuve Blvd. W.). Concordia geography is fortunate in having its own distinct quarters – few other departments can boast such good facilities, such as a computer lab., G.I.S. lab., physical sciences lab., cartography lab., reading room, and student lounges.

The professors in the geography department have a wide range of research interests.