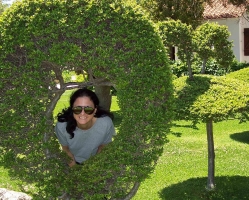 Aging beyond the body:  Age relations and ageism

Bodies have both a material and socially constructed reality. Among other things, this means that bodies change throughout the life course, but how these changes are interpreted and evaluated varies by age, in addition to other social statuses. My talk will center on the importance of age relations, and ageism, for understanding the experiences of later life. I will explain and demonstrate age relations, a system in which those who are “not old” benefit (intentionally or not) from the disadvantaged status of old people; how this intersects with other forms of inequality will also be considered. I will also discuss ageism, including the more hidden form that asks old people to be “younger” in their appearance, activities, and the like, and that often underlies the work of both scholars and practitioners. I argue that attacking this kind of ageism is a prerequisite for improving the quality of life of elders.

Dr. Toni Calasanti is Professor of Sociology at Virginia Tech, where she is also a faculty affiliate of both the Center for Gerontology and Women’s and Gender Studies. Her research on the intersections of age, gender and social inequalities has appeared in several journals as well as in the books Gender, Social Inequalities, and Aging (2001),  Age Matters: Re-Aligning Feminist Thinking (2006), and Nobody’s Burden: Lessons from the Great Depression on the Struggle for Old-Age Security (2011). Recent explorations of the intersectional approach and of age, gender and sexuality lay the foundation for her present NIH-funded research on same-sex partner caregiving. 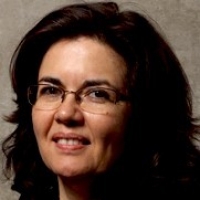 The importance of walking environments in age-friendly cities

Walking constitutes an important resource for seniors wishing to remain active and autonomous in old age. Being able to walk in his own neighborhood has positive impacts on seniors’ physical health, but also on their psychological health. Being mobile allows the elder to remain active and an integral part of their community. As they get older, on the other hand, seniors' mobility capacity decreases. Daily mobility outside the home becomes more and more difficult; therefore, many seniors, especially after age 75, consider moving to a seniors' residence. This presentation will present the factors likely to incite or constitute barriers to walking for the elderly, particularly in suburban environments. Subsequently, using concrete examples from Montreal's metropolitan area, but also in medium-sized cities in Quebec, we will present the challenges that seniors living in residence have to face in order to remain active and continue to participate in urban life.

Dr. Paula Negron-Poblete is an associate professor in the School of Urban Planning and Landscape Architecture at Université de Montréal. Paula's work explores issues of mobility, accessibility and urban form. Specifically, she is interested in public transportation, age-friendly cities and aging in suburban areas. 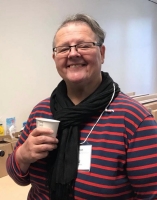 Sexism, ageism and ‘late style’: Popular music and older women performers.
This presentation will examine the ways that dominant ageist discourses in the West impact on the late style identities and performance strategies of older women popular music stars. The research discussed here will focus on performers such as Mavis Staples, Joan Baez, Marianne Faithfull and Kate Bush; female popular music performers who have established long and notable careers.

Popular music studies have been dominated by the urge to chronologies and categories. This is especially true in relation to understandings of musical genres, where understandings are both gendered and delineated by ideas of age appropriateness. This process has also tended to ensnare age within relatively rigid notions of time and of generation and has enshrined positive connections between popular music and youth meaning that this field of studies has until recently either ignored issues of ageing in pop or alternatively engendered negative attitudes towards it.

The analysis presented here examines the ways that the cultural forces of ageism and sexism are entwined with dominant understandings of race, class and nation; working to construct older female popular music performers in particular and often, negative ways. Taking a `lifecourse’ approach to their careers in popular music, this research interrogates the late style performances of  the older female popular music performers mentioned above stars and  looks at the ways that they respond to ageing and musical performance through strategies that disrupt linear notions of time.

Dr. Ros Jennings is Co-Director of the Centre for Women Ageing and Media (WAM), leader of the annual WAM International Summer School and Head of Postgraduate Research at the University of Gloucestershire. She has over 20 years’ experience in research degree management and development training for postgraduate students and their supervisors. As Head of Postgraduate Research and has a key role in developing strategic policy for these areas of University provision. She is a self-confessed methods geek and is interested in developing multiple collaborative qualitative approaches to research problems in the area of ageing, old age and media cultures. She is a founder member of the European Network in Ageing Studies (ENAS) and researches and publishes on older age identities in relation to, carers, caring and the media; popular music; popular television and late style performances. 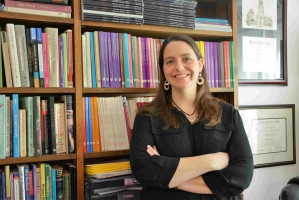 Beyond Curing the Aged Body: Toward a Social Model of Old Age

At the turn of the twentieth century, the same scientists who were framing aging as a disease in need of professional intervention were simultaneously proposing scientific rejuvenation as the cure for the problem of aging.  This was a key moment in which the “problem” of aging was located in the bodies of aged individuals, establishing a medical model for aging that remains the dominant framework and cultural narrative.  This medical model focus on the aging body as problem-in-need-of-solution is evident across research and industry today: Google launched Calico Labs in 2013, joining several other giant biotech firms whose popularly understood goals are to “cure aging” and “solve death”;  the multibillion dollar anti-aging consumer industry promises more modestly to “turn back the clock”; and the prized gerontological concept of successful aging promises to “add life to years.” In this session, we will consider the consequences—for practices and policies, research agendas, and lived experiences of aging—of this medical model. Drawing on insights from disability studies, we will brainstorm ways to push back on this medical model of aging, focusing particularly on the social model of disability that locates the “problem” not in individual impairments but in the systemic barriers, negative attitudes, and exclusion by society which disable individuals. We will explore some age studies arguments addressing the social and cultural forces perpetuating ageism, and together, we will brainstorm what a robust social model of aging might look like, and what possible solutions to the “problem” of aging this model generates.

Dr. Erin Gentry Lamb is Herbert L. and Pauline Wentz Andrews Professor of Biomedical Humanities and Director of the Center for Literature and Medicine at Hiram College in Ohio. Her research and teaching interests include aging (with a particular focus on the social and ethical consequences of anti-aging medicine and consumer culture), death and dying, disability, bioethics, health care and social justice, new biotechnologies, and the pedagogy of health humanities and age studies. She is a founding member and past-chair of the North American Network in Aging Studies (NANAS). 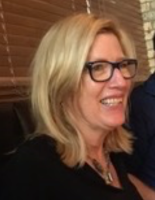 In many Western nations, optimism is pinned on digital technologies as the solution to challenges posed by aging populations, from encouraging individuals to embrace active, risk-averse lifestyles to permitting more people to age at home rather than in care facilities.  However, a number of assumptions that underlie this optimism require investigation. Beginning from the premise that both ‘aging’ and ‘technology’ are socially produced, I ask how understandings of age and ‘success’ in aging are being produced in and through digital technologies. Drawing on my research with Stephen Katz on digital technologies such as wearable fitness trackers, digital ‘brain games’, and health informatics, I will illustrate some of the ways in which these technologies produce understandings of aging bodies as modifiable and open to optimization, but also inevitably in decline, and raise important questions about measurement, standardization and intervention. An agenda for research is suggested that explores the ways in which digital and ‘smart’ technologies integrate population surveillance, public policies (such as ‘active aging’ and ‘aging in place’) and consumer-directed health products into ‘sociotechnical imaginaries’ of aging futures.

Dr. Barbara L. Marshall is Professor of Sociology at Trent University, and recipient of Trent’s Distinguished Research Award.  She teaches, researches and writes in the areas of gender, sexuality, aging and technologies, often with her colleague Stephen Katz.  A member of the ACT network, she is involved in two collaborative research projects on aging and technology.  “Digital Culture and Quantified Aging” (SSHRC) explores ways that emerging digital technologies quantify, track and reshape measures of age.  “Being Connected @Home” (CIHR in collaboration with the European More Years Better Lives initiative) investigates contemporary experiences of later life at the intersection of digital infrastructures, place and the experience of ‘being connected’. 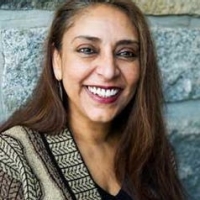 Dr. Yasmin Jiwani is a full professor in the Department of Communication Studies at Concordia University.  Her research interests encompass issues of media, race, gender and intersectionalities of violence. Yasmin’s recent research focuses on the online memorialization of loss. In particular, her work focuses on cyber graveyards, with particular attention to how stories about the deceased are narrated on these sites, and how they maybe recounted in ways that celebrate the everyday struggles and achievements of marginalized peoples. 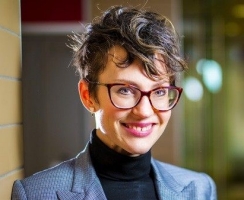 Dr. Meghan Joy is an Assistant Professor in Political Science at Concordia University. Her research explores the policy and politics of population aging in urban areas, urban politics, policy and theory, and changing relations between the state and nonprofit organizations. 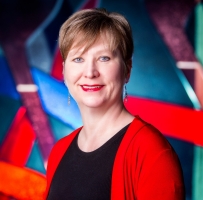 The Importance of Music for Persons Living with Dementia: Knowledge, Assumptions, and the Need for Professional Leadership

Research and anecdotal evidence indicate that knowledgeable use of music can improve quality of life for persons living with dementia (PLWD). However, it appears that best music practices for PLWD are not being fully/consistently realized and are generally not well understood. This lecture will challenge traditional notions of how dementia is often conceptualized (i.e., focus on disease, behaviours, and symptoms) and will integrate multiple forms of evidence, theoretical concepts, and practical rationale to demonstrate the need for an innovative best music practices model in dementia care.

Dr. Laurel Young is an accredited music therapist, the Music Therapy Graduate Programs Coordinator and an Associate Professor in the Department of Creative Arts Therapies at Concordia University. She has over 24 years of clinical experience in various areas including geriatrics/dementia, palliative care, community mental health, and developmental disabilities. She is the associate director of engAGE : Concordia’s Centre for Research on Aging.

More to be announced during the Spring!