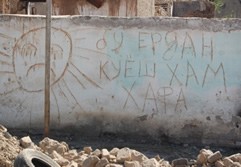 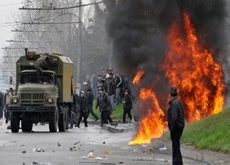 Kyrgyzstan has a vibrant media, with many private outlets.  Kyrgyzstan enjoys a relatively free media compared to its regional counterparts, although political tensions, polarisation and disorder have undermined the media in recent years.

Television is the most popular medium of information, with Russian stations easily accessible, and more than a dozen private networks.  Internet has also become a major medium, with access to information largely unhindered.  The blogosphere in particular has become very active.

The most prominent news sources include: the Kabar News Agency as the official media source; the 24 News Agency as a major private agency, and one of the most trustworthy in the region; the Kyrgyz Telegraph Agency; and AKIPress, which has dedicated regional portals for Fergana, Osh, and Jalal-Abad.