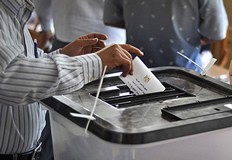 Voting in the Presidental Election in May 2012. 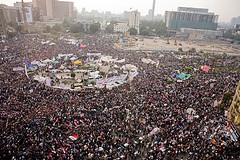 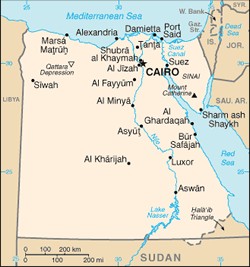 During the Revolution, the government sponsored media (such as the Al-Ahram newspaper and the Nile News TV station) criticized the uprising and claimed it was part of a conspiracy aimed at weakening Egypt. After Mubarak stepped down, the pro-government media shifted its tone and claims it supports the Revolution. Political forces that are opposed to the Regime own newspapers such as the Al-Wafd and Al-Ahrar newspapers, where they criticized SCAF and its supporters. Foreign journalists can report on events inside the country. Social media in Egypt is very strong and many activists use social media to express ideas and discuss the current issues that dominate Egyptian politics and society.

Download the special report: Egypt after the Arab Spring