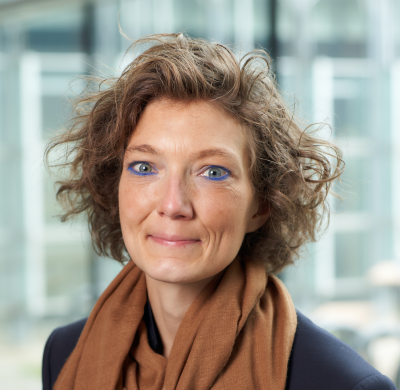 Marie Lamensch is the Project Coordinator at the MIGS. Born in Belgium, Marie has lived in Germany, France, Canada and the UK. After completing a Bachelor’s degree in History (specialization in Genocide studies) at Concordia University, Marie worked in Ghana and Rwanda for several months. She has Master’s degree in Conflict, Security and Development from King’s College London department of War Studies, and specialized in complex political emergencies, post-conflict reconciliation and women's role in conflicts.

Marie started volunteering at MIGS in 2007, monitoring domestic media for hate speech. She was hired in 2012 as Assistant to the Director and became Project Coordinator in 2016. She co-manages MIGS' initiatives and is in charge of the institute's communications. Marie has given training courses to diplomats, journalists, and students, and has done several consultancies for NGOs and government agencies. Finally, she regularly gives conferences and media interviews.

Marie writes for Centre for International Governance Innovation (CIGI) and is affiliated to the Observatoire de géopolitique & Observatoire des conflits multidimensionnels at the Chaire Raoul Dandurand. She is also the former president of the Canadian International Council's Montreal Branch.