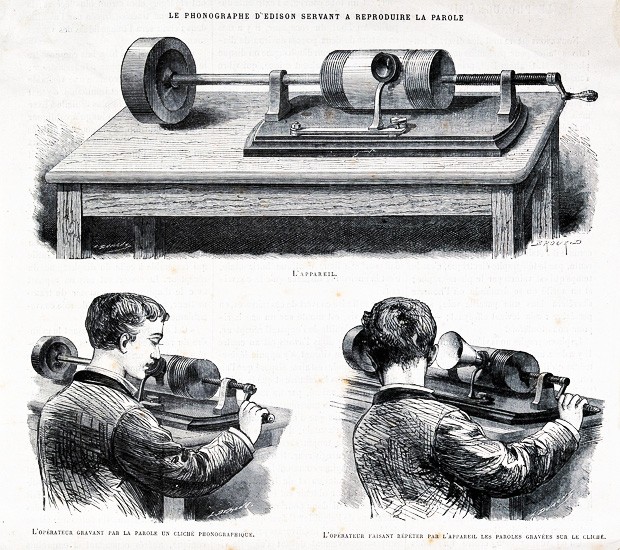 Presented at the association’s annual conference in Phoenix, AZ earlier this month, the prize recognizes the best essay published in the field of Victorian Studies. It was awarded to Camlot for his article on the nature of the digital sound recording as a material and conceptual artifact.

His interdisciplinary approach to the subject was lauded by the jury for producing “fascinating results” while “opening up new territories and approaches for analysis.”

Camlot’s interest in sound and literature has provided the impetus for many ambitious interdisciplinary projects over the years. He spearheaded SpokenWeb, an ongoing research project to develop a web-based digital archive for spoken audio recordings.

He’s also organizing the Literary Audio Symposium, a forthcoming conference that will bring together an exciting array of scholars to explore possibilities for assembling, digitally preserving and disseminating literary audio for critical and creative engagement.

We caught up with Camlot to celebrate his success, ask him about his research and see what the future holds.

Congratulations on receiving the 2016 Donald Gray Prize! What was the significance of winning this award?

It’s very meaningful to be recognized by this interdisciplinary association, which is the largest international organization of 19th-century studies in the world. Its jury of established scholars selected my work from among many other examples of excellent scholarship in the field. That in and of itself is a great honour.

The award also came at a great time because I’m on leave right now trying to finish a book on the subject. It has empowered me and made me feel like I’m on the right track. In many ways a lot of this work seemed really far out there because it wasn’t just performing readings of literary works but was trying to think through a whole bunch of interdisciplinary problematics related to engaging with the historical archive.

The award definitely motivated me to stay the course and keep working hard at completing my book, which — if all goes according to plan — I will be delivering to a university press in January.

Can you tell us about your award-winning article, and how it connects to your larger research interests?

“Historicist Audio Forensics: The Archive of Voices as Repository of Material and Conceptual Artefacts” asks the question: what is the status of the historical sound recording as an artifact that a historian — a literary historian in my case — can actually try to get ahold of, engage with and make claims about?

I argue that sound recordings are problematic artifacts because they are already in and of themselves transductions of sonic events that happened in history but that were always in a sense ephemeral.

It also addresses the significance of the media migration of the so-called artifacts that I study. Many of the sound recordings that we encounter were recorded on wax cylinder, shellac flat disc, magnetic tape or on several different analogue or acoustic media formats.

For the most part, we now get them as digital sound files. So I address the implications of the actual material form of the artifact that I engage with being quite mercurial. It actually goes through multiple media formats by the time it gets to me.

Can you tell us a little bit about the upcoming Literary Audio Symposium?

The Literary Audio Symposium is a conference that I am organizing which will take place from December 2 to 5 at Concordia. It will bring experts on sound, sound archivists, librarians, literature scholars and digital designers together to brainstorm about the present state of literary audio and what we can imagine doing with it in the future.

The symposium grew out of the SpokenWeb research that I produced over the last several years, which led to quite a few publications and events, including a special issue of the journal Amodern called The Poetry Series. It’s a collection of articles based on Concordia’s digitized audio of the Sir George Williams Poetry Series, which ran from 1965 to 1974 and featured readings by over 80 poets.

The conference will enable us to think very practically about how each of our institutions can develop their significant literary audio holdings in a coordinated way so that we can build a repository of literary sound recordings. It will also deal with questions of what we want to do with this audio, and identify the best ways we can go about teaching it in a classroom setting.

The symposium arose out of a joint venture of the Ampersand lab, the TAG Centre, the Centre for Oral History and Digital Storytelling (COHDS) and the Concordia University Library.

COHDS has been involved with SpokenWeb from the beginning — performing oral history interviews has been a very rich way to fill in the narrative surrounding events that were documented with sound recordings. It’s another form of humanities audio that is going to make its way into our discussions about handling these things as the audio corpora grow.

I’ve always had great support from my colleagues at Concordia throughout this work, whether in the form of presenting it at informal, department seminars or being allowed to teach it in the classroom.

My involvement at the TAG Centre has allowed me to experiment with digital platforms for manipulating sound. And through COHDS and Ampersand lab, Concordia has really provided a great series of interdisciplinary resources for me to pursue this work.

Finally, can you tell us about your upcoming book and what’s next for you in terms of research?

The book that I’m finishing is called Phonopoetics: Interpreting Early Spoken Recordings. It tries to set out a methodology for analyzing spoken sound recordings during the period from 1888 to 1935 while also telling a larger cultural history of the discourse surrounding the phonograph in relation to reading, writing and literature. It has chapters on different kinds of early spoken recordings understood within the broad frame of the literary and makes a case for the “literary recording” as a critical concept.

These include early dialect recordings and different kinds of adaptations of literary works to the medium of sound such as recordings of poems, dramatic scenes and character monologues from Victorian novels. One of the chapters explores how Victorian novels were adapted to the medium of a three-minute sound recording. The book also moves on to discuss literary works that feature sound recording media technologies and thinks about the cultural imaginary around the phonograph, the gramophone, the human body and the human voice as this medium was emerging.

Besides my book, I have a few things that are ongoing. I’m working on a publication that came out of the SpokenWeb project and a conference that I co-organized with my former-Post Doc Katherine McLeod on the different media manifestations of Canadian literature called Can Lit Across Media.

We’re in the final days of completing an edited collection that’s under contract with McGill-Queen’s University Press. It’s called Unarchiving the Literary Event: Can Lit Across Media. It should be published in the next year.

I also organized a conference this past summer with another Post Doc, Jeffrey Weingarten, called The Promise of Paradise: Reading, Researching and Using the Private Library, which focused on authors’ libraries or personal libraries.

This again is related to my interest in different kinds of collections and our relationship as historical scholars to the institutions or other mechanisms that organize the artifacts that we engage with, and will lead to another co-edited collection of essays.

Find out more about the Literary Audio Symposium at Concordia, taking place from December 2 to 5.