PhD student Sasha MacNeil says age, education, employment status are only a few reasons why some are more willing to follow public health guidelines than others
|
By Patrick Lejtenyi

The flouting of public health recommendations, the on-and-off adherence to safety guidelines, the bending of rules to break isolation — these are not new phenomena when it comes to the COVID-19 pandemic. The behaviour was being observed during the first wave, in the spring of 2020, and has continued consistently over most of the year. In general, though, a solid 50 per cent of Quebecers have strictly observed the provincial government’s directives to remain physically distant from one another.

A newly published study led by Concordia researchers takes a close look at who observed physical distancing guidelines, who did not and who followed them when they could.

“We wanted to identify different patterns of adherence to physical distancing. The idea was to see if we could find differences in these groups in their beliefs about the pandemic and physical distancing that would explain their particular adherence behaviours over time,” says the study’s lead author Sasha MacNeil, a Vanier Scholar and PhD candidate in clinical psychology. 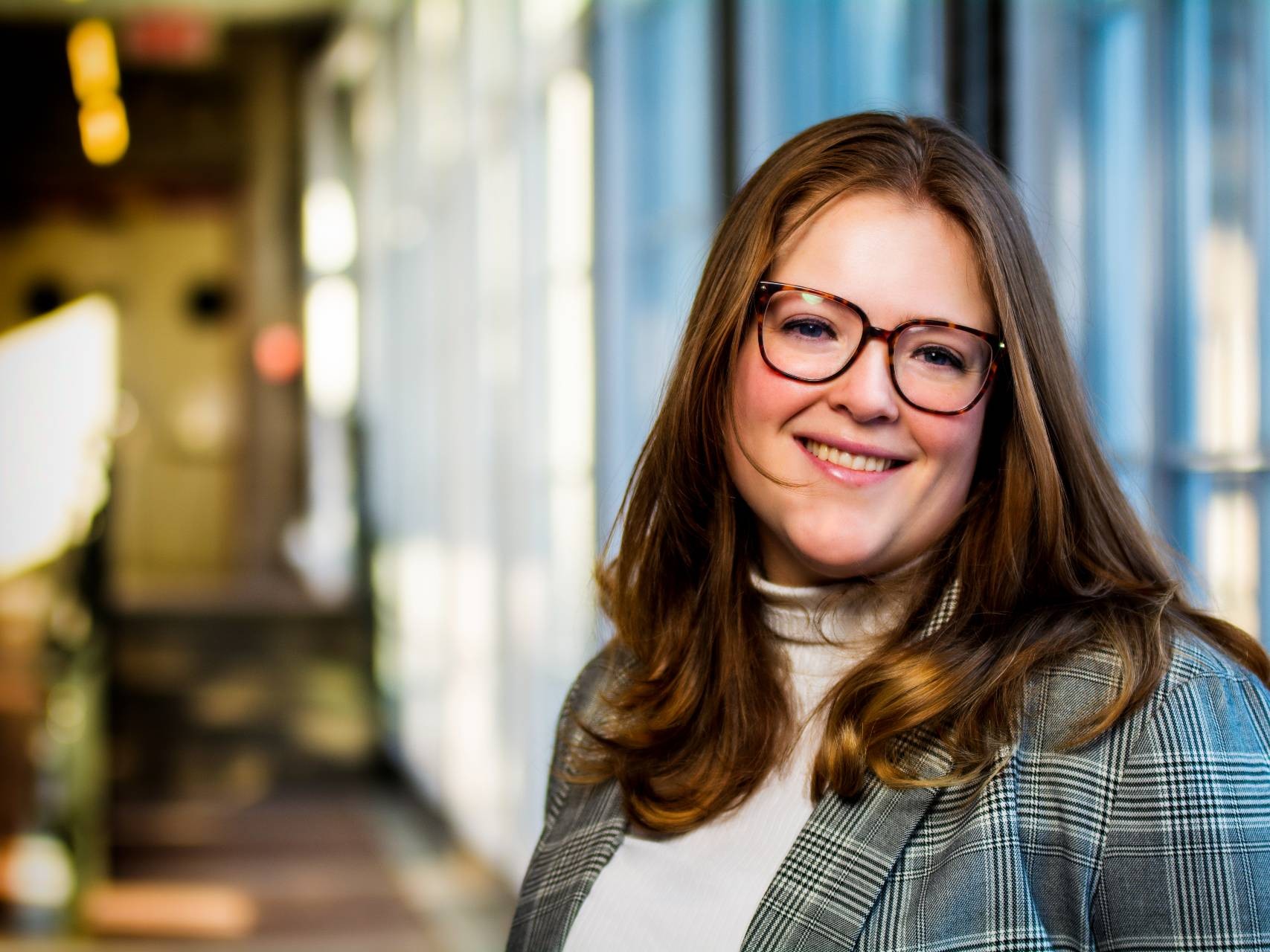 Sasha MacNeil: “We can use public health messaging to convey the prosocial importance of distancing behaviours to improve adherence.”

The longitudinal study was conducted in three waves over the course of 2020, the first year of the outbreak. The researchers recruited a cohort of 1,003 adults representing Quebec’s population in terms of age, gender and urban/rural dwelling, to participate in the study.

They collected data over three distinct periods: between April 7 and 15, not long after the first physical distancing directives were issued; between May 19 and June 7, when those measures were being eased somewhat as the first wave of infections abated; and from September 28 to October 18, as the second wave began. About two-thirds of participants returned data from all three periods, answering questions about their demographics, their beliefs about the pandemic and the utility of physical distancing and their adherence to physical distancing, among others. The researchers used group-based trajectory modelling to identify subgroups of adherence in the sample.

The findings, published in the journal Psychology & Health, reveal four distinct trajectories of physical distancing that respondents to an online questionnaire followed. The largest were labelled “high adherents” because they consistently followed guidelines over the study period. They constituted 50 per cent of respondents.

The second largest group, some 32 per cent, were called the “slow decliners.” Their adherence gradually tapered off after initially high levels of adherence, although they remained highly adherent over time. Ten per cent of respondents fell into the “fluctuating adherents.” Their behaviour changed dramatically from the end of the first wave, when they stopped following health directives, to the beginning of the second, when they strongly adopted them again. The final group, the “fast decliners,” whose adherence dropped quickly, made up only eight per cent of respondents.

‘We can help people overcome barriers and build self-efficacy’

According to the researchers, certain beliefs were common to all three groups who exhibited poorer adherence compared to those who were highly adherent: perceptions of lower self-efficacy, meaning they usually felt that they could not follow the guidelines as they were laid out; higher barriers, meaning the requirements imposed too great a burden on their daily lives; and that they reported lower prosocial attitude, meaning they did not have particularly high feelings of civic or moral duty to maintain physical distancing, nor did they see these behaviours as helpful to protect others.

“We don’t want to just assume that people who aren’t adhering are being negligent or contrarian. Rather, they seem to encounter greater obstacles to adhering and don’t evaluate the utility of physical distancing the same way,” MacNeil explains.

“The good news is that these beliefs are targetable with public health interventions. We can help people overcome barriers and build self-efficacy in the context of the pandemic. And we can use public health messaging to convey the prosocial importance of these behaviours to improve adherence. These beliefs may also influence vaccination rates and adherence to other public health guidelines during future waves or pandemics, although more research is needed to evaluate this.”

Read the cited paper: “Group-based trajectories and predictors of adherence to physical distancing during the COVID-19 pandemic.”

This research was funded by a grant from the Quebec Research Network on Suicide, Mood Disorders and Associated Disorders and by a Canada Research Chair award to Jean-Philippe Gouin.