Ian Irvine: “The tax margin on cannabis is quite small compared to the margins on alcohol and tobacco.” | Photo by Matthew Brodeur on Unsplash

In a common-sense approach to getting cannabis legalized, advocates highlighted the economic benefits of bringing it out of the hands of the black market. As a taxable product that is widely enjoyed and relatively benign, they argued, cannabis would be a boon to chronically cash-strapped public coffers. All the money that used to go through illegal channels would instead go to the state in the form of sales and excise taxes.

Only that entirely reasonable assumption has not yet come to pass. In a new paper published in Canadian Public Policy, the authors argue that legal cannabis can in fact have a negative effect on the sale of other controlled substances that are far more lucrative sources of government revenue than pot.

“The tax margin on cannabis is quite small compared to the margins on alcohol and tobacco,” says Ian Irvine, professor of economics in the Faculty of Arts and Science.

Unlike the rates for legacy sin taxes, current cannabis tax rates are being kept deliberately low — about $1 per gram, with $0.75 going to the provinces — in order to cut into the share of the illegal market. Provinces can and do add their own taxes.

“There is an unintended consequence to that,” says Irvine, who co-wrote the paper with the University of Colorado’s Miles Light. “You can’t have a huge legal market and have huge legal tax revenues, because that would require a high rate of taxation on each unit of cannabis.” 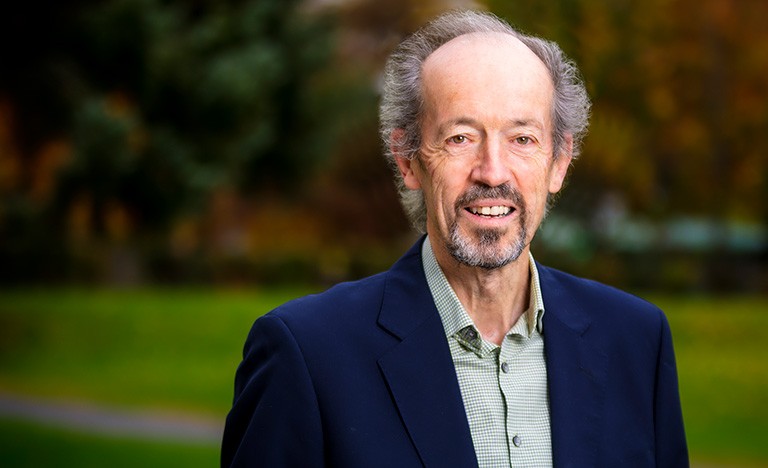 Ian Irvine, professor of economics in the Faculty of Arts and Science.

One of many ‘sins’

In the model they created for the paper, Irvine and Light consider legal and illegal cannabis two distinct products and use econometrics to assess their overall impact on revenues. They assume a future where legal cannabis accounts for about 70 per cent of the total weed market, while 30 per cent remains black market — more or less the state of the Canadian market in 2020.

While their model did suggest that tax revenues from cannabis sales would not match the concurrent drop in revenues from alcohol and tobacco sales, it also predicted an increase in revenue from the personal and corporate income taxes paid by industry workers and firms. This supposes that there will be a decrease in the number of people working in the non-tax-paying illegal sector and a rise in the number of people in the taxable legal market, and the eventual profitability (and tax revenue generating) of legal cannabis-industry firms.

Finally, using a utility function approach, the model placed a dollar value of legalization to individuals: it found that users would pay a $500 premium per year to have access to legal weed.

Irvine says there is an opportunity for provinces, especially Quebec and Ontario, to aggressively expand their cannabis operations, which he argues have been far too timid since pot became legal in Canada two years ago.

“They account in a large part for the very slow development of the legal market,” he says. With a glut of high-profile retail outlets available for rent and downtowns countrywide desperately in need of tenants, Irvine thinks provincial governments should be leaping at the opportunity to expand their storefront operations. The current shortage of cannabis retail outlets has led to long lineups, which the authors say are unfair to consumers and may discourage them from purchasing their pot legally.

He compares the current systems operating in Canada unfavourably to those in states like Colorado, which encourage widespread, though heavily regulated, retail operations.

“As an economist, I have some sympathy for the way a regulated market can serve the public,” Irvine says. “But I certainly think there are better economic models out there than the one we have in Quebec.”

Read the paper: “The Tax Consequences of Legal Cannabis.”