The recipients include a Pulitzer Prize-winning press photographer, a Canadian business icon and a pair of STEM education pioneers
|
By Jake Brennan

Concordia is conferring honorary doctorates on four exceptional individuals who have distinguished themselves in a number of fields — from photography to international business to student-centred STEM education.

The university will present the honours during its 2019 fall convocation ceremonies in Salle Wilfrid-Pelletier of Place des Arts (175 Ste. Catherine St. W.) on November 18. The recipients will join more than 1,000 students from Concordia’s four faculties and the School of Graduate Studies who will be receiving their diplomas. 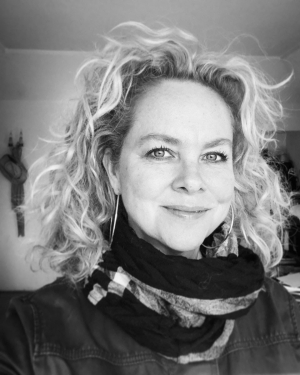 For her impact capturing the human condition in photographs

Montreal native Barbara Davidson (BFA 90) was a photographer and photo editor for Concordia’s student newspaper The Link while earning her Bachelor of Fine Arts in Photography and Film Studies. She went on to work as a staff photographer at The Record in Waterloo, Ontario, then the Washington Times, Dallas Morning News and the Los Angeles Times.

In 1995, Davidson travelled with the Red Cross to cover the war in Bosnia, where her group was held hostage, a life-changing experience. She has honed her storytelling approach to photography over more than two decades of covering conflict, humanitarian crises and the human condition in 55 countries.

Davidson’s portrayals of people striving for dignity and normalcy have won her three Pulitzer Prizes, twice for Spot News Photography as a member of teams covering Hurricane Katrina and the San Bernardino terrorist attack, and once for Feature Photography for “Caught in the Crossfire: Victims of Gang Violence” for the Los Angeles Times. She also won an Emmy for a documentary based on that story. Pictures of the Year International twice named her Newspaper Photographer of the Year.

Davidson is currently working on a Guggenheim Fellowship making 8"x10" portraits of gunshot survivors from around the United States. 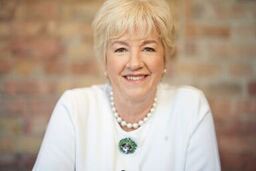 For her vision and leadership in the business sector

Cape Breton native and Canadian business icon Annette Verschuren started her career as a development officer with the Cape Breton Development Corporation. Later she launched the Canadian division of Michaels, opening 17 of the chain’s arts and crafts stores in just 26 months. She then became president of The Home Depot Canada, where she led its expansion from 19 to 179 stores over 15 years. Today she is chair and CEO of NRStor Inc., a leader in the commercialization of energy storage technologies.

Verschuren serves on the boards of Air Canada, Saputo Inc., Canadian Natural Resources Limited, the Liberty Mutual Group and the MaRS Discovery District. She chairs the Government of Canada’s Science, Development and Technology Council and is a member of the NAFTA Council. Annette Verschuren was one of 11 Canadian business leaders who advised the Government of Canada on the 2008 global economic crisis.

In 2016 she authored Bet On Me: Leading and Succeeding in Business and in Life, which was a finalist for the National Business Book Award. She was named an officer of the Order of Canada in 2011 and joined the Canadian Business Hall of Fame in 2019. 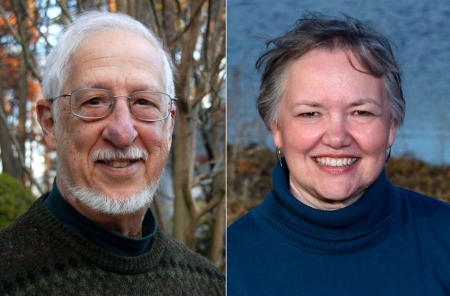 For helping a generation of STEM instructors teach more effectively

Rebecca Brent and her husband and colleague, Richard Felder, have been working tirelessly for decades to help professors become better educators.

Felder is the Hoechst Celanese Professor Emeritus of Chemical Engineering at North Carolina State University in Raleigh. For roughly the first half of his career, he carried out research on a variety of topics in chemical process engineering. In 1978 Felder co-authored Elementary Principles of Chemical Processes. Now in its fourth edition, the textbook has been adopted by more than 90 per cent of United States chemical engineering departments and translated into four other languages.

Beginning in the late 1980s, Felder shifted his career focus to educational methodologies in the science, technology, engineering and math (STEM) fields. He co-developed and validated the online Index of Learning Styles with Barbara A. Soloman.

As president of Education Designs, Inc., an educational consulting firm in Chapel Hill, North Carolina, Brent applies her more than 35 years of experience in education at the pre-college and college levels. She has authored or co-authored some 120 papers on staff development, teacher preparation, and educational program evaluation.

From 1991 to 2015, Brent and Felder co-directed the American Society for Engineering Education National Effective Teaching Institute. In 2016, they co-authored Teaching and Learning STEM: A Practical Guide, in which they emphasize student-centred instructional methods such as active and cooperative learning. They have presented more than 600 teaching and faculty development workshops and seminars and maintain a well-read blog.

Brent was named a Fellow of the American Society for Engineering Education in 2014. Among his many honours, Felder was awarded that same body’s inaugural Lifetime Achievement Award in 2012.