Thermal imaging of housing stock can tell us where energy costs will hurt, Concordia researchers show

A model that measures heat loss can have wide-ranging policy consequences, say François Tardy and Bruno Lee
|
By Patrick Lejtenyi

Energy costs in Quebec are a major expense for households, particularly during our harsh winter months. They are especially hard on lower-income and older dwellings, where the expense of properly heating and winter-proofing a home can be beyond many families’ budgets.

In a study published in the journal Energy and Buildings, two Concordia researchers look at the issue of energy poverty in Canada and potential remedies used in other countries that policy-makers here could borrow.

PhD student and part-time faculty member François Tardy and assistant professor Bruno Lee are both at the Gina Cody School of Engineering and Computer Science. They note that heating represents about 60 per cent of energy end-use in Canada, a figure that has remained stable for decades. But the researchers say issues like climate change and other economic events may further divide Canadians between those who are energy-poor and those who are energy-prosperous.

This study, says Tardy, “is a broad attempt to combine our knowledge of Canada’s built environment with economic factors such as income levels and the age of dwellings, renovation and maintenance costs and the average costs of rent.”

The researchers argue that many older, poorly insulated buildings tend to be occupied by lower-income tenants, who can only afford cheaper accommodations. But savings on rent are often swallowed by expenditures on heating, which can be more than a quarter of their household income. Unaffordable monthly hydro bills are a reality for thousands of Quebecers, even though electricity costs far less than elsewhere in Canada, including Ontario.

In order to develop a thorough and fair energy-poverty reduction regime, they are calling for a large-scale assessment of the state of the current housing stock — something currently lacking across the country. 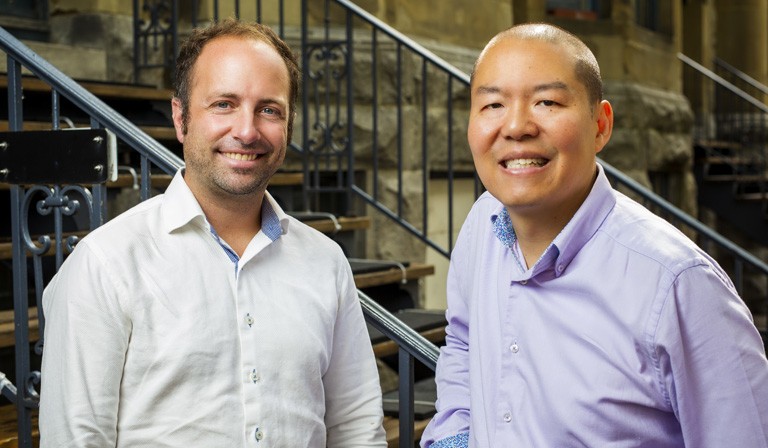 “We are not going to send an inspector to every building,” says Lee. “So we had to develop a quick way to get a first estimate of the state of the building stock.”

They settled on a technique called infrared thermography. This requires infrared cameras to detect thermal bridges by visually identifying thermal breaks and anomalies before proceeding with a physical inspection.

On a practical scale, it means that Tardy walked around lower-income neighbourhoods over about a dozen nights in February and March with an infrared camera and captured thermal bridges — basically, images of heat leaving a dwelling.

Thermal imaging is not new. It has been used by contractors and building owners for decades. But Tardy and Lee say that by feeding the images into a model that automatically calculates building parameters, they can make the evaluation process of a building easier and even applicable at a neighbourhood level.

While the images do not give the full picture of the state of a building, they do provide the quick estimation tool Lee says helps provide an overall assessment. Many other variables, including the hours of sunlight, wind and temperature would also need to be included in a future model.

But in the meantime, “We have something that is easily digestible by policy-makers and the general public,” he says. “If envelope performance data can be easily collected and processed, then information can easily be obtained for many buildings. This opens up the possibility of analysing buildings between each other or even between different neighbourhoods.”

Tardy and Lee believe that having an imperfect but ballpark reading of housing stock will achieve several goals, especially in Quebec. It will rationalize subsidies by helping homeowners and lower-income households offset much-needed renovation and insulation costs, leading to a happier, healthier and wealthier population. It would also reduce greenhouse gas emissions by cutting down on energy consumption. And it would free up electricity reserves for sale to the United States.

“We as a society have to ask, is energy a luxury or is it a public good?” says Tardy.

If it is a public good, as is the case in Quebec, he believes policy-makers should prioritize the issue of energy waste due to inefficiency. Having accurate information on the province’s state of its housing stock would help.

Read the cited paper: “Building related energy poverty in developed countries — Past, present, and future from a Canadian perspective.”