Concordia researcher investigates the real risks of e-cigarette use

Tasfia Tasbih: “Most e-cigarette devices contain some of the harmful constituents of regular cigarettes.”

Electronic cigarettes have long been branded as a safer alternative to their conventional counterpart. Yet recently a number of severe respiratory illnesses and even deaths have been linked to vaping.

Concordia master’s student Tasfia Tasbih is investigating the risks of e-cigarettes through her work at the Montreal Behavioural Medicine Centre (MBMC) and Concordia's Department of Health, Kinesiology and Applied Physiology. She is particularly interested in raising awareness of the risks associated with their use and studying the differences in physiological responses and disease prevalence between men and women who vape.

This is becoming a serious public health issue 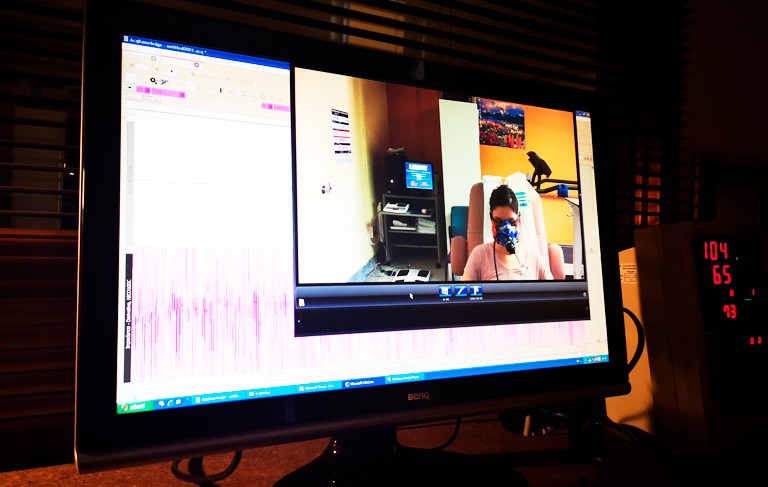 How does this specific image relate to your research at Concordia?

Tasfia Tasbih: This image was taken at the MBMC lab where we were performing a trial test for our study on electronic cigarette use. We were doing a cardiovascular assessment and monitoring blood pressure.

During the study, the participants wore a mask, which allowed us to assess continuous breath-by-breath responses. We measured oxygen, carbon dioxide, minute volume, tidal volume and respiration rates.

What is the hoped-for result of your project?

TT: Electronic cigarettes, which have been marketed as the “safe” alternative to conventional cigarettes, have been taken up by millions around the world since they first appeared on the Chinese market in 2004.

A high number of people think that electronic cigarettes are safe. This is mostly because they compare it with a combustible cigarette. However, most e-cigarette devices contain some of the harmful constituents of regular cigarettes — for example, nicotine and aldehydes — in various amounts, even though sometimes they are marketed as nicotine-free.

Studies have suggested that the nicotine content of electronic cigarettes has negative impacts on the cardiorespiratory system, central nervous system and immune system and might lead to addiction to regular cigarettes. Other studies suggest that the non-nicotine ingredients such as formaldehyde are more toxic than nicotine alone and they could cause negative health effects.

What impact could you see it having on people’s lives?

TT: My research is trying to find out the differences between men and women in developing complications due to electronic cigarettes. There is no data regarding this aspect and I hope my work will provide important information to counter the potential efficacy of e-cigarettes as a smoking cessation aid. These gender-based analyses could also provide important information to develop tailored smoking cessation approaches for men and women.

This is becoming a serious public health issue. From a clinical perspective, the differences in physiological responses and diseases between men and women who are electronic cigarette users is a concern. My study will try to pave the way to find solutions to these issues to promote healthy behaviour.

Besides that, I expect it will encourage policymakers to think twice regarding the availability of electronic cigarettes in the market as well as to strengthen the rules and regulations for the use of this product. 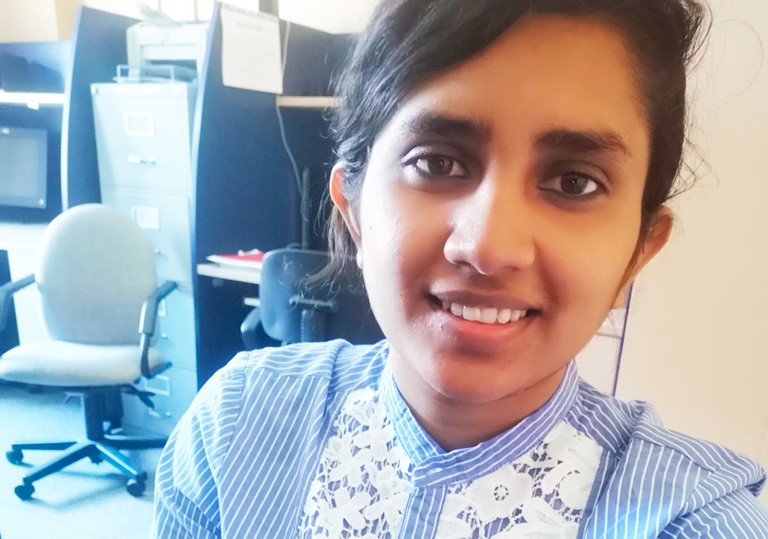 What are some of the major challenges you face in your research?

Another challenge that we expect is the percentage of participating women in our study. Although the number of women smokers is increasing rapidly, we are not sure yet how much they would be interested in participating in the study due to several barriers, including psychosocial considerations.

What first inspired you to study this subject?

TT: Since I completed my undergraduate studies in medicine, I have been looking to apply my knowledge, learn new things and creatively explore new areas in clinical research. My supervisor Simon Bacon‘s tremendous work on chronic diseases and health behaviour was inspirational. I felt that this work would allow me to embrace my goals as well as be able to do something worthwhile for people with diseases.

What advice would you give interested STEM students to get involved in this line of research?

TT: The number of patients with chronic diseases, such as cardiovascular and respiratory, is an issue worldwide. I believe more intense research is needed in this area to motivate people to modify their behaviour as well as find solutions for those with chronic diseases.

The research work at the MBMC is a really great platform for new students to get clinical research experience.

What do you like best about being at Concordia?

TT: Being at Concordia is one of the best things that happened in my life. My department is at Loyola Campus, which is one of the most beautiful campuses in this vibrant city of Montreal.

I also appreciate the magnificent library collections, where I find really great places to study and think about my research.

Since Concordia welcomes students from all over the world, there is a great opportunity to meet with people from different cultures, make new friends and learn about myriad aspects of life.

Are there any partners, agencies or other funding/support attached to your research?

TT: Our project is funded by the Heart and Stroke Foundation, SPOR (Strategy for Patient-Oriented Research) and CIHR (Canadian Institutes of Health Research). I also got a scholarship from Concordia and a fellowship from a CIUSS (Centre intégré universitaire de santé et de services sociaux).