Friends and former Concordia colleagues were saddened to learn of the passing of Sean McEvenue, distinguished professor emeritus in the Department of Theological Studies, on June 28. 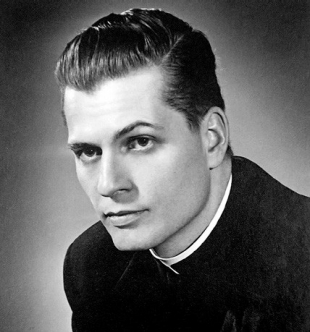 McEvenue began his career as a Jesuit priest in Toronto and Guelph. He went on to complete his undergraduate studies in philosophy from the Université de Montréal and a doctoral degree from the Pontificio Istituto Biblico in Rome. After 26 years, he left the priesthood to start a family and joined Loyola College, one of Concordia’s founding institutions, in 1972.

During his time at Concordia, McEvenue held a number of positions, including associate vice-rector, assistant dean of Arts and Science, and chair of the departments of Theological Studies, Classics, Modern Languages and Linguistics, and Études françaises. He also served on Senate and the Board of Directors for many years.

A scholar and a diplomat

Robert Tittler, distinguished professor emeritus of history, remembers how McEvenue stood out for both his academic and diplomatic contributions. He says his former colleague was one of the first people others would turn to in times of crisis.

“The French department at Loyola College was in turmoil in the early 70s,” recalls Tittler. “Dean Russell Breen placed Sean in charge as the acting chair. It was a difficult assignment but he carried it out sensitively and successfully.”

The two men served together on a number of committees over the years and Tittler came to admire McEvenue’s “keen intellect, deep concern for teaching, and sincere and genuine collegiality,” he says.

“Sean was a particularly shining light in the academic communities of Loyola and Concordia.”

Donat Taddeo (BA 67), former associate professor in the Department of Communication Studies and dean of the Faculty of Engineering and Computer Science, praised the many ways McEvenue contributed to the university.

“Not only was he a brilliant academic, he also served in a variety of administrative committees. He did so creatively and thoroughly,” says Taddeo. “Whether it was after a two-hour meeting or a five-minute conversation, Sean’s parting words would always leave me with a smile on my face.”

McEvenue made significant contributions as an intellectual. His scholarly work included source-criticism in the Pentateuch and Hebrew Bible, hermeneutics, and literary theory. He is also well-known for his explorations of the work of Bernard Lonergan, who was included in a list of 42 Great Concordians in 2014.

“More imposing than Sean’s stature were his intelligence, candour and wit,” adds Taddeo.

Concordia is much indebted to Sean

In 1978, McEvenue founded Lonergan College. His aim was to put Lonergan’s method of seeking meaning through interdisciplinary exploration and individual experience into practice.

Each year, 15 professors from different departments would offer their perspectives to a weekly investigation into the work of a particular thinker. They would also bring along a cohort of their students. 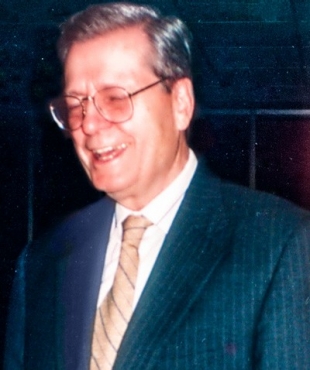 “For the scholars, it was a wonderful way to experience different perspectives,” says Christine Jamieson, associate professor in the Department of Theological Studies.

“It was also tremendously rewarding for the students who had the opportunity to consider the works of people like Dante, Northrop Frye or Hannah Arendt from different scholarly points of view.”

“Lonergan College exemplified, for many of us, outstanding scholarship and excellent conversation,” says Moore. “Concordia is much indebted to Sean McEvenue for making this experience possible.”

Though the college dissolved in 2005, the Department of Theological Studies retains copies of journals by the college. The department also inherited the entire archives of Lonergan College.

Particularly important to McEvenue was experiencing and understanding alternatives in the university context. Jamieson recalls that when she was interviewing for a position at Concordia, McEvenue made sure she was able to respond to diverse ideas before hiring her.

“For Sean, it was important that we serve all Concordia students, whether they be of Christian, Jewish, Muslim or other backgrounds,” she says. “He wanted professors in the Department of Theological Studies to seek to understand students’ different questions and perspectives, regardless of their religious or non-religious affiliations.”

Department chair Marie-France Dion remembers meeting McEvenue in the mid-1990s during consultations on university reform by the Government of Quebec.

“He was able to really explain the difference between studying religions and theology,” she says. “Even though he came from a Jesuit tradition, he was an important force in helping the two departments retain their identity during the merger of Sir George Williams University and Loyola College.”

Sean was one of the finest gentlemen

Aside from his role as a father, grandfather and uncle, McEvenue touched the lives of countless students. Soon after his retirement, he received the Alumni Award for Excellence in Teaching in 2000.

Condolence messages posted by individuals who studied with McEvenue at Loyola High School and Concordia also clearly demonstrate his impact on students.

“Like many of his students, I attended everything he offered. He was a remarkable teacher!” writes Marilyn Hogan.

“Sean was a wonderful professor, a wise dean, a remarkable homilist, and a compassionate and warm human being,” adds George Griener.

Terry-Anne Shames was one of McEvenue’s students who served as his assistant at Lonergan College in the late 70s. She also knew him as a colleague of her late husband, psychology professor Morris Shames.

“My husband thought that Sean was one of the finest gentlemen and true scholars he had come to know during his tenure at Concordia. He was also a dear and trusted friend,” says Shames.

“He was learned, brilliant, caring, warm-hearted, principled, and honest. He made this world a finer place.”