On the eve of Valentine’s Day, a Concordia study has discovered a new link between chronic disease and social isolation
|
By Marc Weisblott 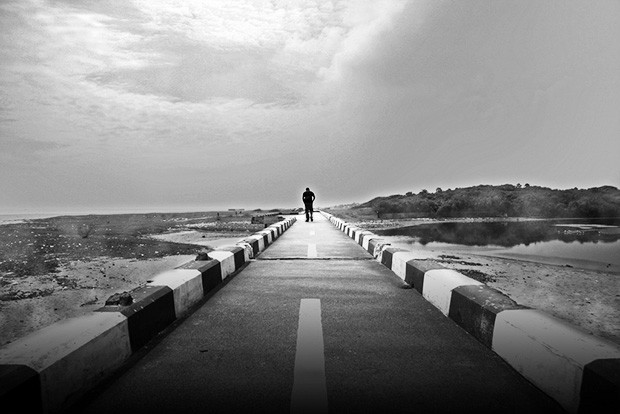 Difficult circumstances often bring people closer together. But a new Concordia study published in Health Psychology has found that the onset of chronic illness often results in sufferers feeling lonelier — even for those who have had a steady partner for 50 years or more.

Researchers at the Personality, Aging, and Health Lab at Concordia took on the study because they found that, while plenty of research examined the effect of loneliness on illness, there was a lack of empirical evidence about whether or not illness contributes to loneliness.

“We were surprised by the amount of literature that examined whether people who are lonely are more likely to get sick,” says Meaghan Barlow, the study’s first author. “Yet none of them asked the opposite question: ‘Do sick people get lonely?’”

The new study reveals that they often do when they advance in age, and that it happens regardless of whether they are in a long-term relationship when faced with a bleak diagnosis. “The quality of our social ties plays a role when it comes to coping with the effects of serious disease in later life. And just having a partner around may not be enough," Barlow says.

Barlow and her co-author, Sarah Liu, measured changes in loneliness between 2004 and 2012 in a sample of 121 older adults who were mostly in their 70s. The study was supervised by Carsten Wrosch, who holds a research chair in aging and health at Concordia.

Looking at the numbers provided some insights into how self-protective strategies can reduce the stress associated with a serious health issue. In particular, positively reappraising a difficult health situation and not blaming oneself for the illness prevented feelings of loneliness, most likely because it helps maintain motivation for social involvement and prevents depressive symptoms. “Putting a halt to socializing only contributes to a downward spiral,” Barlow says. “Dealing with a chronic illness shouldn’t prevent you from still trying to get out there if you can.”

Naturally, the challenge for society is to help an aging population find motivation to stay engaged, which means recognizing that the psychological side effects of disease can be offset with an increase in inspiring activity.

“The fact that loneliness can lead to further complications means that measures can be taken to prevent the effects from looping back around,” Barlow says. “Finding different ways to connect with other people also means you are less likely to blame yourself for being sick, and you can’t count on a partner to fill that gap.”

Partners in research: This study was supported by awards and grants from Canadian Institutes of Health Research.

Read more about the Concordia study in Health Psychology.