Victims or terrorists? How we view refugees makes the whole difference 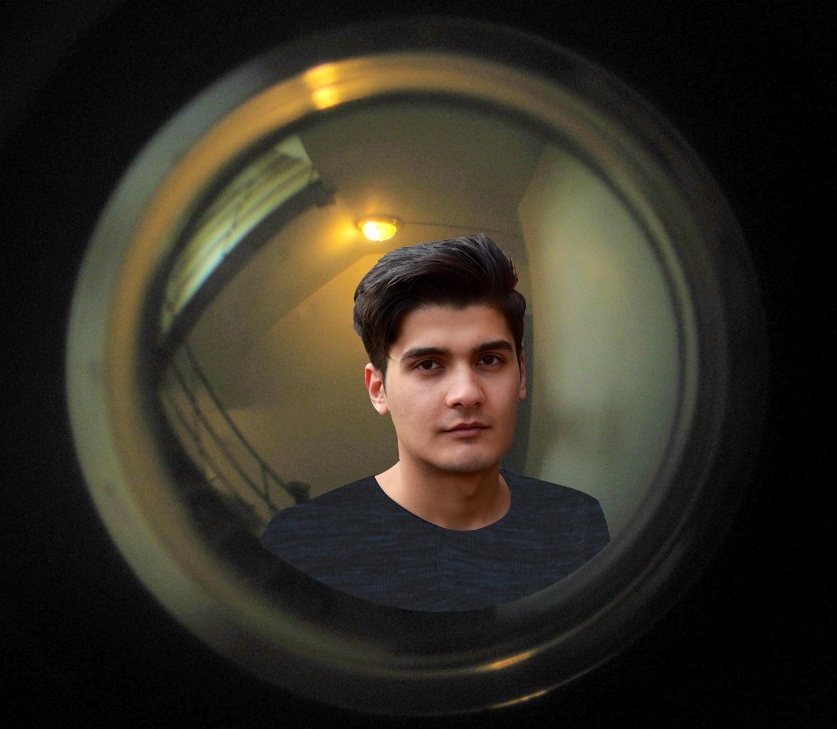 I hear a knock on my door. I check through the peephole. It is my new neighbor, the Syrian terrorist. Well, I guess he probably is a terrorist. He looks exactly like the terrorists I read so much about on my Facebook News feed. I don’t really know who this person is. I saw him moving next door few days ago.

Now, consider this other scenario:

I hear a knock on my door. I check through the peephole. It is my new neighbor, the Syrian refugee. I bumped into him the other day in the grocery store next door and we chitchatted for 10 minutes or so. I was surprised with how many things we have in common. Both our families are university educated. We both value our parents and respect them for the sacrifices they did for us. And we both were sick tired of hearing and reading about terrorists and hope one day they all vanish from the face of the earth.

This Syrian refugee has been through an inhumane journey to get here in Canada, safe from the insane unstoppable war in his country. This war is forcing all these innocent people to flee their country and risk their lives in overcrowded unsafe boats I read so much about on my Facebook News feed.

What were your answers to the questions at the end of each of the two scenarios? Were they different? If yes, why? If no, why not?

Six steps to conquer our fear of refugees

Canada has welcomed 40,081 Syrian refugees since November 2015. Yet, most of us would not open the door to a Syrian refugee if we have the slightest doubt that this person could harm us in any way. Right?

What if I told you that we could make our doubt and fear disappear in six simple steps?

Step 1: Focusing on what we have in common

We avoid Syrian refugees because we view them as different.

Based on the similarity-attraction hypothesis, we are attracted to people with whom we share similar attitudes, personality traits, physical characteristics, socioeconomic status, religious beliefs or social habits. They do not challenge our beliefs or values.

How we perceive Syrian refugees plays a key role in the nature of our relationship with them. In fact, despite our Canadian multicultural identity, many members of our society still prefer cultural homogeneity.

A positive relationship with Syrian refugees is possible if we find how we are similar.

So let's focus on what we both have in common!

Step 2: Identifying the sources of our fear

We exclude Syrian refugees because we consider them as a threat.

The theorists behind the integrated threat theory (ITT) explain that we act with prejudice when we feel threatened.

We experience a realistic threat if we worry about our safety, well-being, health, or the political or economic environment we live in. Some members of our society associate the terrorist attacks that happened in Europe with the Syrian refugee crisis. They view refugees as potential terrorists and oppose their resettlement in Canada.

We experience a symbolic threat if we think our morals, values, attitudes, beliefs or standards are jeopardized. Canadians who worry about the Sharia law taking over also oppose the arrival of Muslim refugees and immigrants.

Some Canadians fear Syrian refugees and exhibit negative stereotyping because they are convinced that all these refugees share dreadful characteristics. They then anticipate the refugee behaviours based on these characteristics. This leads to religious intolerance, public attitudes towards refugees, racial profiling and stereotyping.

As long as we consider Syrian refugees as a threat, their integration will remain at risk.

So let's identify the sources of our fear and challenge them!

Step 3: Getting to know each other

Our prejudice and negative attitudes towards Syrian refugees are also caused by our lack of contact with them and knowledge about them.

According to Allport’s contact hypothesis, contact allows people to verify and validate any hypothesis they might have about others. When we meet Syrian refugees and interact with them, we have the chance to test our assumptions and confirm or correct our prejudgment based on concrete experiences.

So let's meet and get to know each other!

Once we consider the Syrian refugees as part of our society, we will treat them equally to other citizens or permanent residents.

We are biased in favor to the social group we belong to. For most of us, Syrian refugees do not belong to our group. Based on Gaertner and Dovidio’s (2005) common in-group identity model, in order for us to have positive feelings, behaviours and attitudes towards Syrian refugees, we need to identify the group to which we both belong. Only then will we treat them as equals.

So let us find out to which group we all belong!

Through their mutual identity differentiation model, grounded in the contact theory, Brown and Hewstone (2005) insist that individuals maintain their identities when they get in contact with members of different groups. According to the authors, these traits make the individuals who they are, and characterize the group they belong to. If, when we meet a Syrian refugee, we acknowledge the differences between us and yet we find some common ground, we could assume that this common ground could also be found with other Syrian newcomers.

So let's value these differences! 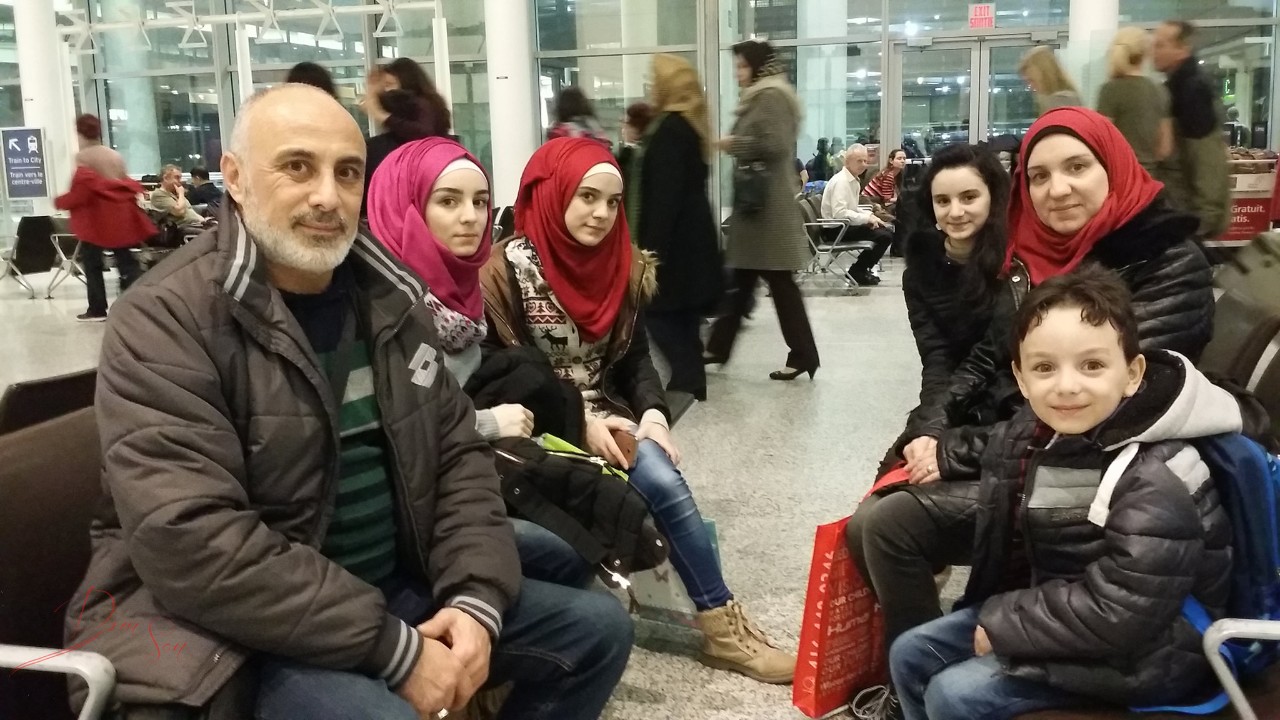 Almost 5 million Syrian refugees have fled an inhumane cruel war zone and are now in need of urgent humanitarian assistance and a place they could call home.

Baumeister and Leary (1995) say that one’s need to belong is a fundamental need. This need is only satisfied if the interactions he/she is involved in are:

The feeling of not belonging or of being rejected could result in less empathy, aggression, antisocial behavior, and self-defeating behaviors.

For Syrian refugees to strive in our Canadian environment and become full-fledged self-sufficient and productive citizens, they need to feel that they belong.

So, on this World Refugee Day 2017, let's pledge to make all refugees feel that they DO BELONG!

Nadia Naffi is a PhD candidate in Education (Educational Technology), an MT180 Laureat, a SSHRCStoryteller winner and an expert in social inclusion, social integration and social media.

Naffi is also a full-time faculty (LTA) at Concordia University. With over 20 years of experience facilitating classes at the elementary, high school, baccalaureate, magisterial and doctoral levels, she serves as an educational technologist and a consultant in the development of online courses and specializes in the design of synchronous and asynchronous training, as well as in interactive experiential learning in a problem-based learning approach.