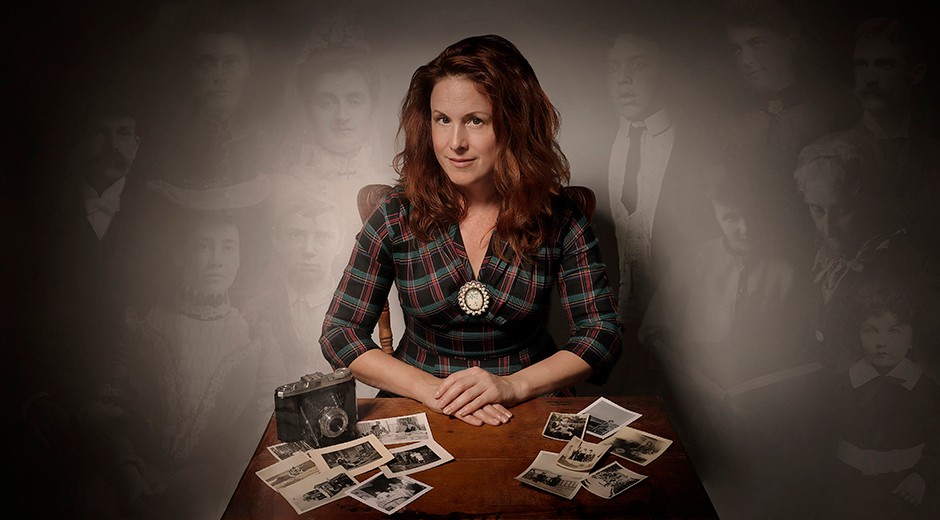 Me and some of my ghosts, October 2021. Credit: Courtney O’Hearn

Photographs show us what once presented itself before a camera, but all further meaning is attributed by a willing (or unwilling) beholder. There is the time of exposure but there are also many other ‘times’ involved in the ‘meaning-making’ of a photograph. Like memories, photographs are more than the original moment captured – they are the culmination of several moments, intentions and associations. It is only by evolving and adapting within the ever-changing present, that they remain dynamic and relevant.

My current research represents an adaptation within my present – a continuation of my lifelong preoccupation with the rich and fascinating space between photographic media, body and image.

I’ve never been sure where this pursuit would lead next. I'm just chasing ghosts.

There’s a Polaroid from my childhood – rediscovered a decade ago – that has come to dominate my memory of these earliest years. This is especially strange as none of the individuals in the photograph remembers the moment pictured. The one person who might have, is the photographer – thought to be my grandmother Audrey Hamer – gone from us nearly two decades now.

In the photograph, nearly-two-year-old me, stands next to my mother and newborn sister – holding yet another Polaroid. I believe this is the first time I ever saw an image appear and I believe this apparition is of the person who is seated before me. Is it my grandmother? Am I looking over towards her, wondering how she could be in my hand and yet also there across from me? It doesn’t matter. This is my memory; it resonates with who I am now. And I love it.

The impact of this pre-memory moment has stayed with me. By the time I was eight years old, my mother had relinquished ownership of her camera and for several years I could be found behind this magical box. My fascination with photography has not dissipated.

Away at summer camp, my mother would equip me with two or three rolls of precious film to load in my Kodak Instamatic that I would carry with me everywhere in a yellow and blue camera bag. I remember the smell of the film as I opened the plastic. Pure potential. Magic.

I would spend a lot of time looking for interesting things to shoot. Singing off into space and arresting things before me. How could this little box capture light? How lucky was I to keep these clouds forever? I collected moments – little treasures that would be revealed upon my return home. I was a weird kid. 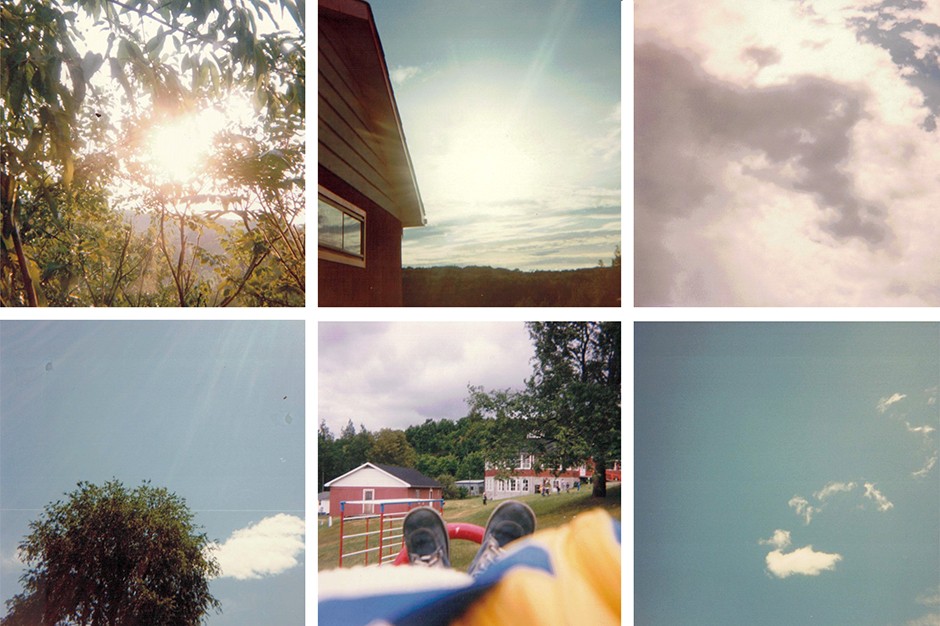 Negative film-based photography – that now out-dated and yet theoretically influential method – involves a precarious in-between stage that is overlooked by the average consumer. But anyone who has fumbled in the dark to crack open, unravel and wind a canister for developing, remembers. For them, for me, photographs include this seemingly endless and sublimely precarious moment. The blind, willful retrieval of latent trace.

I keep coming back to this – to photographic film and to the processes whereby we create and distill images. Suspended in the gelatin emulsion, silver halide crystals are pure potential. If they are exposed to light, a latent image forms in this spectral plane and remains there until the information is desired, (if the skill is there to develop and derive what is available). Photographic images are haunted – as far as I can tell – long before they unveil their ghosts.

I was in high school when I had my first darkroom experience. And as I think on it now, I wonder if I have projected this experience – of first seeing a photo develop in this context – onto the aforementioned childhood Polaroid. Again, it doesn’t matter. Because that’s what we do – we bring all of our experience to our reading of photographs. We fill in the blanks – the mysterious spaces in between – so we’re not overwhelmed by all the unknowns.

Eventually, my fascination with the medium lured me right into it. I performed before my camera, trying to participate in that in-betweenness – to be part of that magic. 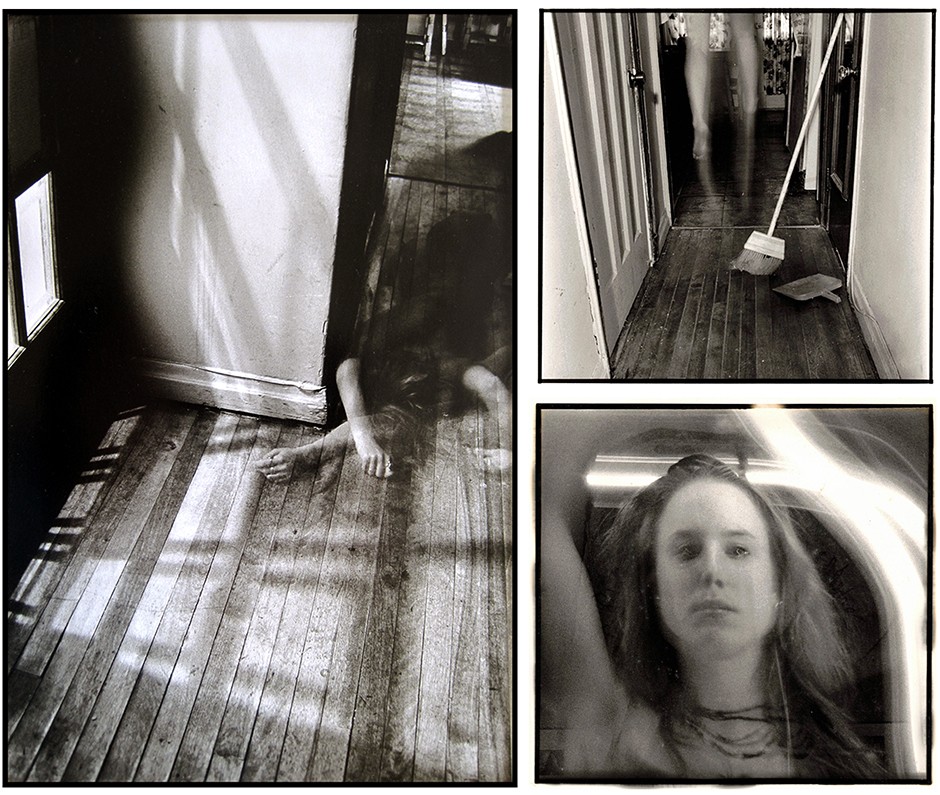 Most of the photographs accumulated during those years beckon me from the basement. Still with me, they await a major ‘Marie Kondo moment’ that has felt – until recently – just too hard to bear.

My emotional response to photographs extends beyond these personal ones, and in more recent years, I am drawn to photography of everyday life found in thrift shops. Special moments, never my own, and yet – as they have been disconnected from anyone who can identify the individuals pictured – in need of a good home.

These lost photographs break my heart. Somebody could reactivate these memories – if only they knew they existed. So many secrets folded into each – secrets I may never be equipped to unlock.

But some leave clues.

I first encountered Mrs. Helen F. Stuart in a footnote. Hints of her existence nagged at me for months before a very clever supervisor pointed out that this mystery might just fill all the pages of my MA Art History thesis. Curiosity pulled me straight to Boston, where I learned more about her – the first professional photographer to be clearly marked as a woman in Boston directories – and first held some of her work. All these years later, I’m still thinking of her, and of spirit photography, a 19th-century innovation in bereavement rituals that, I believe, she invented.

What this woman seems to have figured out, all those years ago, is that spirit photography – that these photographs that show the wispy apparition of the deceased alongside the bereaved – captured the sensation of lingering presence that so many describe after the passing of a loved one. Memory. She arrested the feeling of trace, of memory. That ‘something’ I had intuitively chased and performed before my camera – long before I learned of this practice she had conceived.

It’s a strange thing to feel a connection to, and to spend so much time tracing the footsteps of, someone who died a hundred years before you were born. And to wonder how nobody else had yet taken the time. 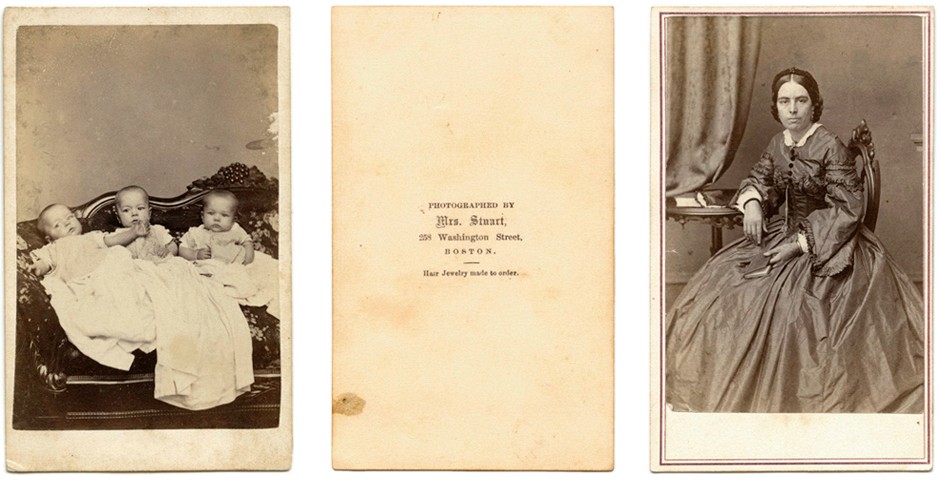 Photographs are more than representations; they are impressions. They show the individual who stood before the camera but – via the process that requires light to bounce off the sitter and back towards the device – they seem also, to have touched them. Connected to the sitter in this way, some special photographs suggest continued access to those who have passed. Efforts to alter or embellish these photographic portraits – through physical manipulation, words, performance –reinforces connection to them and to the memories you once shared.

But what happens when these photographs are lost? What happens to those memories?

I’ve been thinking about this a lot in recent years. Because I lost someone. And then I realized a special photo of us was missing. And now I can’t stop thinking about why that felt like losing her again.

In my current PhD research, I propose a concept I call hauntography – a name I have ascribed to my own lost photograph and all the subsequent lost or unviewable photographs I have located. My hauntograph and all these others – mentioned by friends or in literature – are photographs that continue to play an active part in remembering, despite their absence. Like the loved ones or former depictions of oneself they show – these photographs are both absent and yet somehow present – like a ghost.

So, what’s my point? I guess that there needn’t always be a point. This is just where I’m at and how I got to a space where I think about loss, and about my friend without having to think about her and this loss too much. A way to deal with difficult feelings without always admitting that’s what I’m doing.

Children look around for ghosts at night – but not because they want to see them. Whatever I’m chasing, I hope I never find it.

Because…where’s the magic in that? 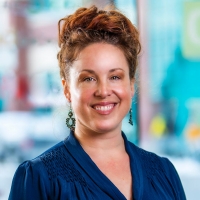 Felicity Tsering Chödron Hamer is a doctoral candidate in the Department of Communication Studies. She has a background in photography (Dawson Institute of Photography DEC) and holds both a BFA (2012) and MA (2015) in Art History from Concordia University. She is a Montreal-born, recording and performing vocalist, songwriter and mother of two.

In her research, Felicity explores the relationship between photography-based media and remembrance. Her doctoral research has been supported by scholarships from the Social Sciences and Humanities Research Council of Canada (SSHRC), Fonds de recherche du Québec - Société et culture (FRQSC) and Concordia University. In 2020 she was awarded both Concordia’s Stand-Out Graduate Research Award and FRQSC’s Relève étoile Paul-Gerin-Lajoie Award for her book "Parental Grief and Photographic Remembrance: A Historical Account of Undying Love." Bingley: UK, Emerald Publishing. (February 2020).