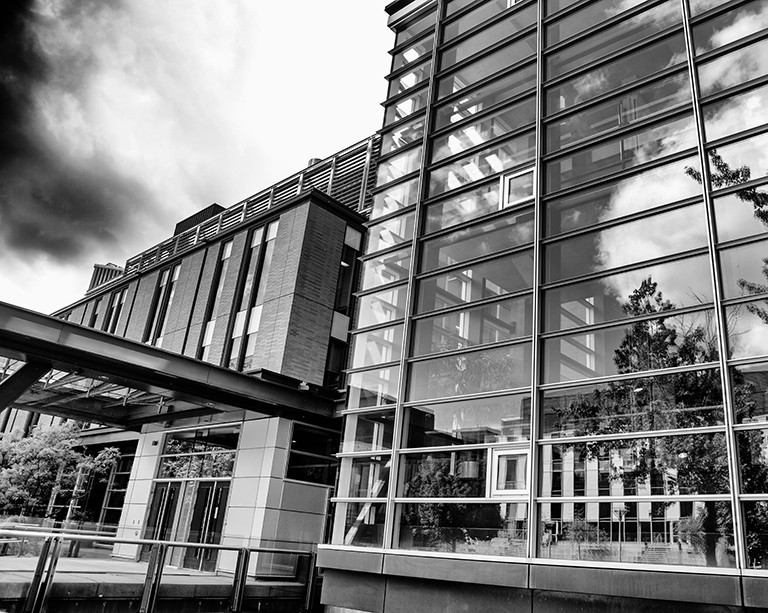 “Every act of creation is first an act of destruction.”
Pablo Picasso

As part of trying to understand Inuit youth’s experiences in relation to housing through the act of braking windows, I thought it was only normal to break a window myself… just to see how it felt.

One day, as I was visiting my mother, I shared with her my intention of breaking a window. She rapidly opposed to the idea, saying it was a misdemeanour and that I couldn’t do that. I then explained to her that my plan was to find a disaffected building which was already broken down and look for a window that I could break. After all, nobody would care… and this was part of a very serious research experiment. My mother then proceeded to explain to me that such a building did not exist. I was bummed, but unconvinced.

“Destiny guides our fortunes more favorably than we could have expected. Look there, Sancho Panza, my friend, and see those thirty or so wild giants, with whom I intend to do battle and kill each and all of them, so with their stolen booty we can begin to enrich ourselves. This is noel, righteous warfare, for it is wonderfully useful to God to have such an evil race wiped from the face of the earth."
"What giants?" asked Sancho Panza.
"The ones you can see over there," answered his master, "with the huge arms, some of which are very nearly two leagues long."
"Now look, your grace," said Sancho, "what you see over there aren't giants, but windmills, and what seems to be arms are just their sails, that go around in the wind and turn the millstone."
"Obviously," replied Don Quijote, "you don't know much about adventures.”
Miguel de Cervantes, Don Quixote

So, I waited until my mother was having her daily afternoon nap and began looking at her house. There surely was a window that I could break. My mother was assuredly not going to call the cops on me. I then found a tiny simple window on a door that I could break and easily replace afterward.

I began to feel very nervous at the thought of doing something my mother was clearly disapproving of. I started to sweat, and my hands became very shaky. I found a rock and decided that I would have to overcome my fear and break the window I had so carefully chosen. I threw my rock and it bounced right on the house’s exterior cover next to the window. I tried a second time and my rock impacted nowhere close to the window. I was extremely nervous, and my aim kept getting poorer. After several tries, the chaotic noise finally woke up my mother.

To my surprise, the grim expression I was expecting to see on her face was rather one of joyful connivance. My mother knows me very well and didn’t appear at all surprised at my actions. She was sort of amused that I had the guts to go through with my project and decide to do it on her home. I rapidly explained to her that I had chosen the lesser of two evils. I had listened to what she had told me and decided that rather than break a stranger’s windows, I would break one of hers. She wasn’t totally happy with my decision, but since she has more than once been my partner in crime and knows that it is often impossible to dissuade me from my eccentric endeavours, she probably decided it was better for her to let it go.

“For the comic spirit has a logic of its own, even in its wildest eccentricities. It has a method in its madness. It dreams, I admit, but it conjures up in its dreams visions that are at once accepted and understood by the whole of a social group. Can it then fail to throw light for us on the way that human imagination works, and more particularly social, collective and popular imagination? Begotten to real life and akin to art should it not also have something of its own to tell us about art and life?”
Henri Bergson, Laughter. An Essay on the Meaning of the Comic

What happened after she caught me in action was unexpected. She proceeded to assist me in my quest to break her window. I was very nervous, and my mother was both unconvincingly trying to reprimand me in my unconventional research while at the same smothering an uncontrollable laughter. I finally picked up a brick that I found near her house and was at last able to hit and break a window. But due to my nervousness, the window I broke wasn’t at all the one I was aiming for. We then were hit with an uncontrollable laughter. We had made a lot of noise and were laughing really hard, so neighbours started to come out on their porch to ask us what was going on. My mother then proudly shouted: “I’m helping my daughter do a research experiment!” Her neighbours knew everything was ok, because we were laughing. I think that they kind of wanted in on the fun we were having. I must admit that I hadn’t laughed that hard with my mom in a while. It felt really good. I truly felt like I was sharing a privileged moment with her, a precious moment of connection that you rarely get to share with someone.

“You would hardly appreciate the comic if you felt yourself isolated from others. Laughter appears to stand in need of an echo. Listen to it carefully: it is not an articulate, clear, well-defined sound; it is something which would fain be prolonged by reverberating from one to another, something beginning with a crash, to continue in successive rumblings, like thunder in a mountain. Still, this reverberation cannot go on for ever. It can travel within a wide a circle as you please: the circle remains, non the less, a closed one.”
Henri Bergson, Laughter. An Essay on the Meaning of the Comic

According to Bergson, laughter has to something to do with deviation from social order. Therefore, laughter has a social signification. Comedy and laughter are inter-human, intelligent and social. Laughter is an art. It is intellectual and profoundly social. Most of all, laughter implies a complicity with someone, real or imagined.

“Laughter distances us from that which is ugly and therefore potentially distressing, and indeed enables us to obtain paradoxical pleasure and therapeutic benefit from it.”
Miguel de Cervantes Saavedra, Don Quixote

My mother and I were laughing because we knew that breaking a window wasn’t normal. Our  laugh implied complicity. It usually takes more than one person to really enjoy a joke. The thing is, this felt really good. Sharing a moment with someone is a powerful feeling, but sharing a laugh is simply unbeatable. As Bergson explains, there is an incongruity between the rigid and the flexible. We often laugh at stiffness. For a short moment, this feeling of complicity in letting go of conventionality was quite soothing. What we were doing felt somewhat wrong, but the sense of bonding brought us a sense of security and relief that was quite inebriating.

Did I learn something about Inuit youth breaking windows through my experiment? I would like to believe so. Of course, our contexts are completely different, but does my experience relate in any way to theirs? Do they feel excitement? Is there a soothing feeling related in any way to youth breaking windows? I’m secretly wishing there is. Only further research will tell. As I embark on my research’s last phase of data gathering, I am very excited to hear what youth will be willing to share with me about their experiences in breaking windows. 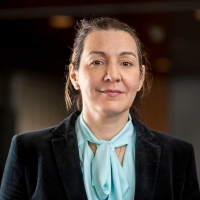 Anne-Marie Turcotte is a PhD candidate in the Social and Cultural Analysis Program. She has worked with Nunavimmiut youth for more than 16 years and her doctoral research, which takes a look at youth’s relationship with their built environment, is conducted in collaboration with the Nunavik Youth Houses Association. A Vanier Scholar, she also has an MA in Knowledge Brokering from the Institut national de la recherche scientifique and a BSc in Anthropology from the Université de Montréal. She co-leads the best Concordia scientific podcast project, a working group from the Concordia Ethnography Lab.