The ongoing work of feminism and fermentation 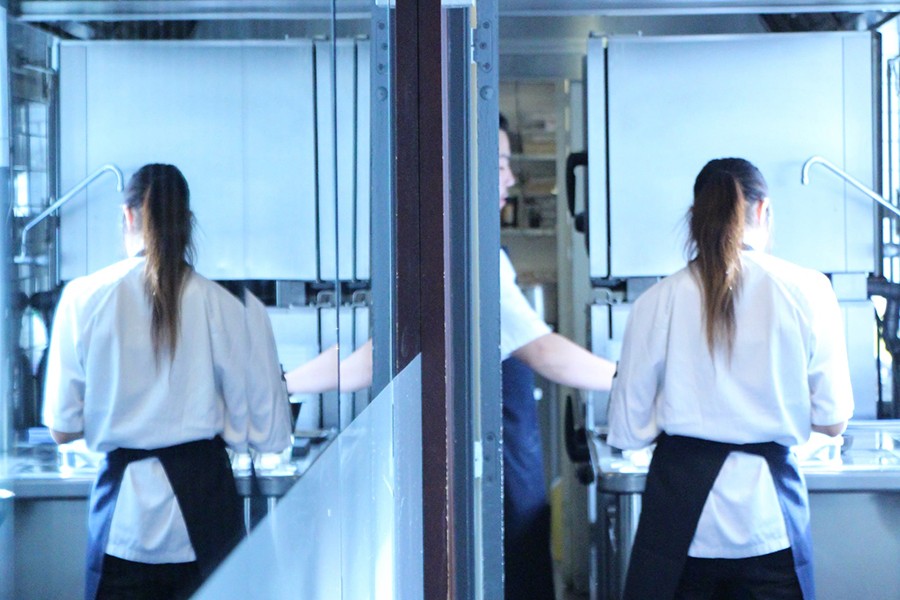 My first day as a stagier at a Michelin-star restaurant left me dumbfounded. I was brought on as a consultant to expand their fermentation program, but I was immediately sent over to the pastry section to chop up rose petals for that evening’s petite fours. Like many other women in the restaurant industry, my particular skill set was set aside for the popular assumption that I am better suited for more ‘dainty’ tasks like plating desserts. In an industry that continues to privilege men’s voices over others, my social status as a woman is often used against me.

While momentum from the ‘Me Too’ hashtag and the ‘Times Up’ movement bring much-needed attention to the lived experiences of women, these movements also expose some of the ways that certain forms of power remain unchecked. These feminist movements are far from finished, and part of that ongoing work is taken up by feminist theorists. One such theorist Sarah Ahmed argues that “Theory can do more the closer it gets to the skin,” reminding us that theory is more than just abstraction. It is—and should be—a useful tool for informing everyday life.

I use feminist theories because they help me think about power differently in our contemporary society. From accusations about cooking chicken with a hairdryer to the hoopla over custom-made spoons that only cook one egg at a time, women are held up against a double standard when it comes to food knowledge. Surely, nobody would’ve questioned the likes of Anthony Bourdain over the same matters.

As a food researcher and communications scholar, I rely on feminist theories to better understand how power operates in and through these kinds of food discussions and those yet to come.

I often get a puzzled look when I mention that my research combines feminism and fermentation. At first glance, feminism and fermentation may seem like strange bedfellows, but they give me a working vocabulary for how to analyze and conceptualize power. For example, feminism isn’t about dominating men; it’s about calling out instances when certain forms of power and certain kinds of knowledge get privileged over others.

Similarly, fermentation challenges some of the longstanding beliefs about human power. We may presume that humans ‘do’ the fermenting, but humans can only set up conditions that are favourable/hostile for certain microbes to thrive or suffer. In other words, human control is kind of a misnomer. Fermentation happens because of the multiple, ambient factors, not necessarily because of human motivations. If we think about fermentation this way, fermentation can teach us how to work with, instead of work on, living substances. 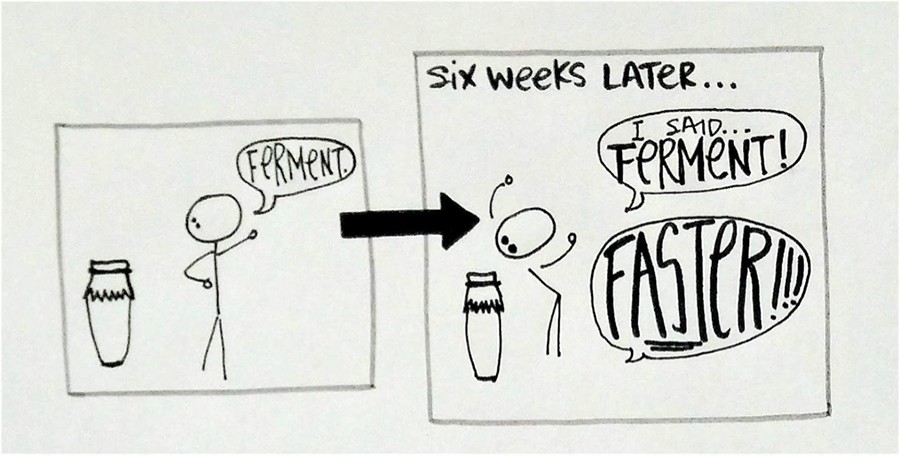 The myth of human control, as enacted in an instance of fermentation. ©Maya Hey

Fermentation sets up an interesting thought experiment where power is distributed amongst a web of relations. Instead of concentrating power in one human actor, fermentation scatters that power across human bodies, food ingredients, microbes, ambient temperatures, environmental humidity, and more. 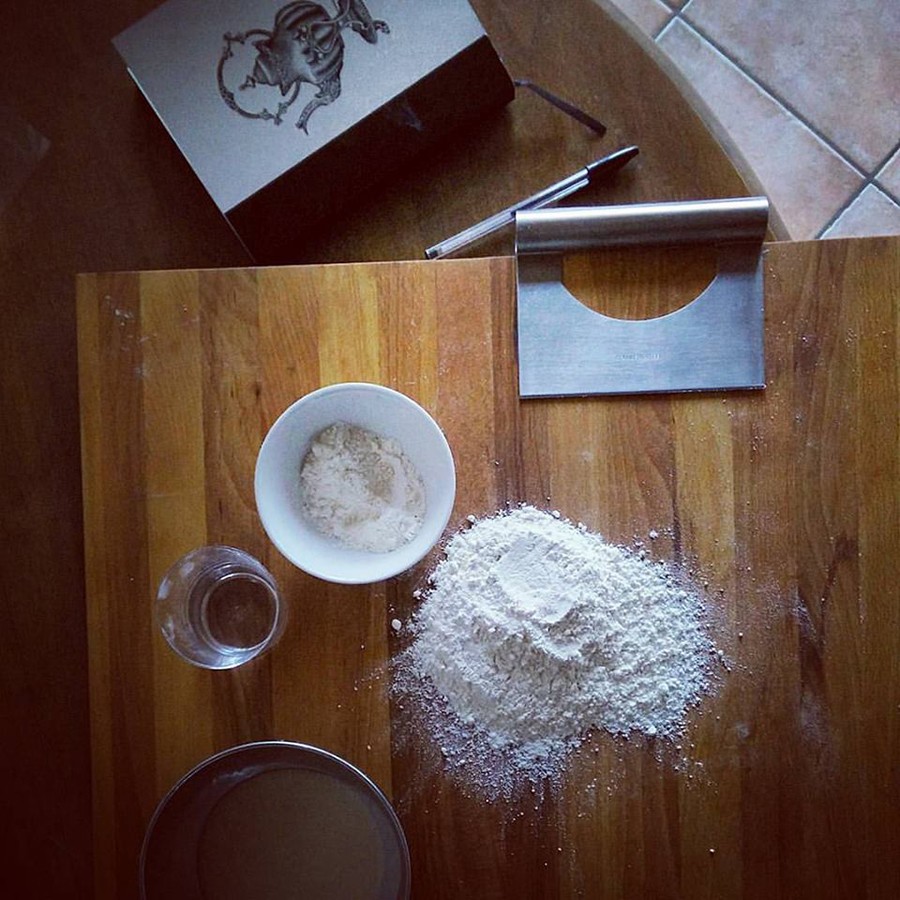 It matters whose hands are kneading, in what environment, in which region, because each of factors affect the final bread in both taste and meaning. ©Maya Hey

For example, in the making of sourdough bread, fermentation raises questions about control: who or what exactly is leavening a loaf of sourdough bread? It matters whose hands are kneading, in what environment, in which region, because each of these parameters carry microbial factors that affect the final bread in both taste and meaning. Consider the sourdough bread in San Francisco. Food historian Ken Albala makes the physical link between place and taste through yeasts and bacteria (such as the species Lactobacillus sanfranciscensis) that are unique to the region. Literal context makes a difference in fermentation.

Similarly, feminism gives context to the social and political ways that power plays out in society. Instead of looking at the singular, universal experience of women, contemporary feminism(s) look at interlocking forms of oppression that affect people differently.

Defining is inherently political, because it clearly marks out what fits and what doesn’t in a single definition. It also matters who is defining, to what ends, and how that knowledge is made official. Think of how the reproductive rights of women get negotiated. Or consider who defines fermentation ‘recipes’ and how they often go uncredited.

Those who define are in positions of power. It’s the kind of social and political power that feeds itself. And, so long as that power remains concentrated and unchecked, the work of feminism + fermentation is far from over.

I will be presenting at the Simone de Beauvoir Institute’s 40th anniversary conference, which will be held at Concordia University May 9-11, 2018. The conference consists of 3 days, 1 play, 2 keynotes, 5 workshops, 20 sessions, 56 presenters.

I will be giving a paper presentation titled, “Reimagining ethics across the eater, the eaten, and the eating environment” in the panel titled: ‘Unsettling spaces of activism’