An in memoriam moment 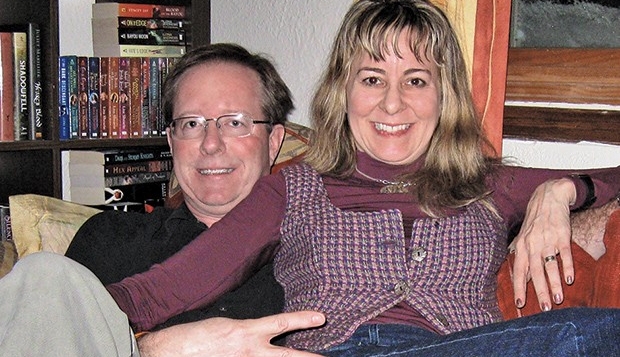 I was tucked in for a good dose of Concordia University Magazine. Nice reading for a week night. I always looked forward to it.

The In memoriam section must be among the shortest obits on the planet and leaves a lot to the imagination. Typically one page with four columns listing around 60 deceased alumni chronologically by year of graduation. The names are in bold font, first then last name, and sometimes a middle name or initial. This is followed by the degree, year of graduation, date of death and where they died. More often than not, the age of death is stated very briefly, for example, “He was 27” or “She was 101.”

While I’ve never once recognized anyone’s name, I’ve always found the format intriguing and wondered: What did this person do with her degree? Did she love Concordia as much as I did? Years and years after graduation, did he find himself visiting the Hall Building to ride up and down the escalators and feel wistful? Did she never want to graduate so she could extend her student status for an eternity?

Are alumni aware of the incredible changes to the downtown campus in the last quarter century? Were they blown away to discover a tunnel linking the Henry F. Hall Building to the Guy- Concordia metro — and immediately remember the countless times escaping near-frostbite sprinting from the metro to the Hall Building or library?

I was doing the usual In memoriam perusal until I was stopped in my tracks. My brother’s name was there:

I knew he was dead. It had been several months since he died so suddenly, so it didn’t knock me over in shock. I just never ever expected to see Peter’s name listed in our alumni magazine’s obituary page. I cried myself to sleep on a sorrow-soaked pillow.

Peter was a much loved cool guy who used to call me “Sis.” We were close in age and only a year apart in school. He majored in political science, while I majored in art history and education. Concordia instilled in us a passion for lifelong learning. We shared a love of many things, including reading, writing, history, photography, music and movies.

At the corner of Guy and Ste. Catherine streets, where the impressive EV Building now stands was the York Theatre, a beautiful Art Deco building. Four decades ago, Peter let his kid sister tag along with him and his buddy to catch Saturday Night Fever. It was my first 14-and-over cinematic experience. Being underage, it was a huge deal.

I remember that evening vividly. It was a bitter cold December night. We waited in a slow-moving line on a dry and salt-stained sidewalk. Standing as tall as I could at the box office counter, on the very top of my tippy toes and full of nerves, I requested a ticket, fearing that I’d get asked for ID and denied entry to a movie I was dying to see. The movie remains one of my all-time favourites. While Peter’s no longer in the land of the living and the York Theatre is long gone, the disco vibe is with me for life.

I miss both Concordia and Peter terribly at times. They were a huge part of my life and provided so many dear and precious memories. I wonder if the person who recognizes my name listed in the In memoriam section will have a similar reaction to my seeing bro Pete’s.

Quebec native Gabrielle Lynch-Staunton, BFA 87, BEd 90, is a Vancouver-based writer, world adventurer and aspiring photographer. She has a passion for expressing her thoughts and observations, particularly in the realm of arts and human connections.