“My engineering degree prepared me to be a much better doctor.”
|
By Daniel Bartlett
Source: Concordia University Magazine

Before Joanny Liu, BEng 79, enrolled in engineering at Concordia, she and her mother talked about her plans for the future and what she wanted to pursue as a career. “When I was 17 years old, I actually wanted to be a fashion designer,” Liu recalls. “However, my mother had a totally different view on that.”

Liu’s parents wanted their daughter to apply to medical school once she graduated from Marianopolis College in Montreal. She complied, yet also submitted an application to Concordia after speaking with a family friend who was a civil engineer and someone she admired greatly. 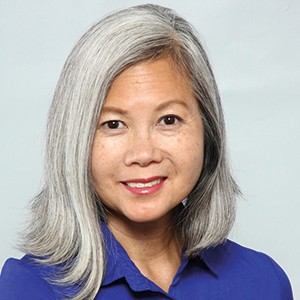 “He told me it was actually the better choice to go into engineering,” Liu says. “So I went into engineering at Concordia. I think there might have been eight of us females out of about 400 students in our very first class.”

Liu and her classmates were warned that half of them would not make it through the program’s first year. Yet she persisted, and completed her degree in civil engineering majoring in water resources. She eventually settled in Calgary and worked as an engineer for seven years before transitioning into information technology.

Then, soon after the birth of her second child, a difficult personal experience thrust Liu’s career path into an entirely new direction. Liu returned to her family life and career as a professional engineer. And buried the story.

The ordeal took a psychological toll on Liu. She soon began to look at her surroundings through a different lens and realized she could no longer continue working in her industry.

In 2003, Liu returned to school and earned a diploma at the Alberta College of Acupuncture and Traditional Chinese Medicine in Calgary.

Today, she operates Extraordinary Sports Medicine, based in Calgary, and specializes in treatments for concussions. She is also a bestselling author and in 2016 released her third book, Heal Your Concussion: How to Quickly and Effectively Get Back in the Game (Harmoni Health Inc.).

“The reason why I do what I do is to repair damage,” Liu says. “My main goal in life is to make mental health and human potential the primary focus of health care throughout the world.”

Despite this significant career change, Liu still proudly wears her engineering ring on her pinky finger. She credits her degree at Concordia for helping her learn how to ask pointed questions, a skill she relies on heavily when she meets with patients.

“I needed the analytical skills — there’s no doubt. I wouldn’t be able to dig the mysteries out of someone’s life and show it to them,” Liu says.

“My engineering degree prepared me to be a much better doctor. I really feel that way, so I have no regrets.”

Looking back on her time at the university, Liu fondly recalls how professors made time to answer her questions outside of class. She also enjoyed the large international student contingent on the Sir George Williams Campus.

“I met people from all over the world,” Liu says. “It felt very worldly without ever leaving home.”