The alumnus is marketing manager for Second City Works, the business arm of the famous Second City theatre in Toronto
|
By Molly Hamilton
Source: Advancement and Alumni Relations

Ever since he was young, Mike Farinaccio, BA (comm. studies) 95, enjoyed drawing, writing and crafting stories.

As an adult, he has found a way to make a career out of his creativity as one of the marketing managers at Second City Works in Toronto.

“Second City Works is the professional services arm of the famous Second City Theatre. We use the same improv methods that were pioneered on our stages to help people and companies improve their performance,” Farinaccio explains. 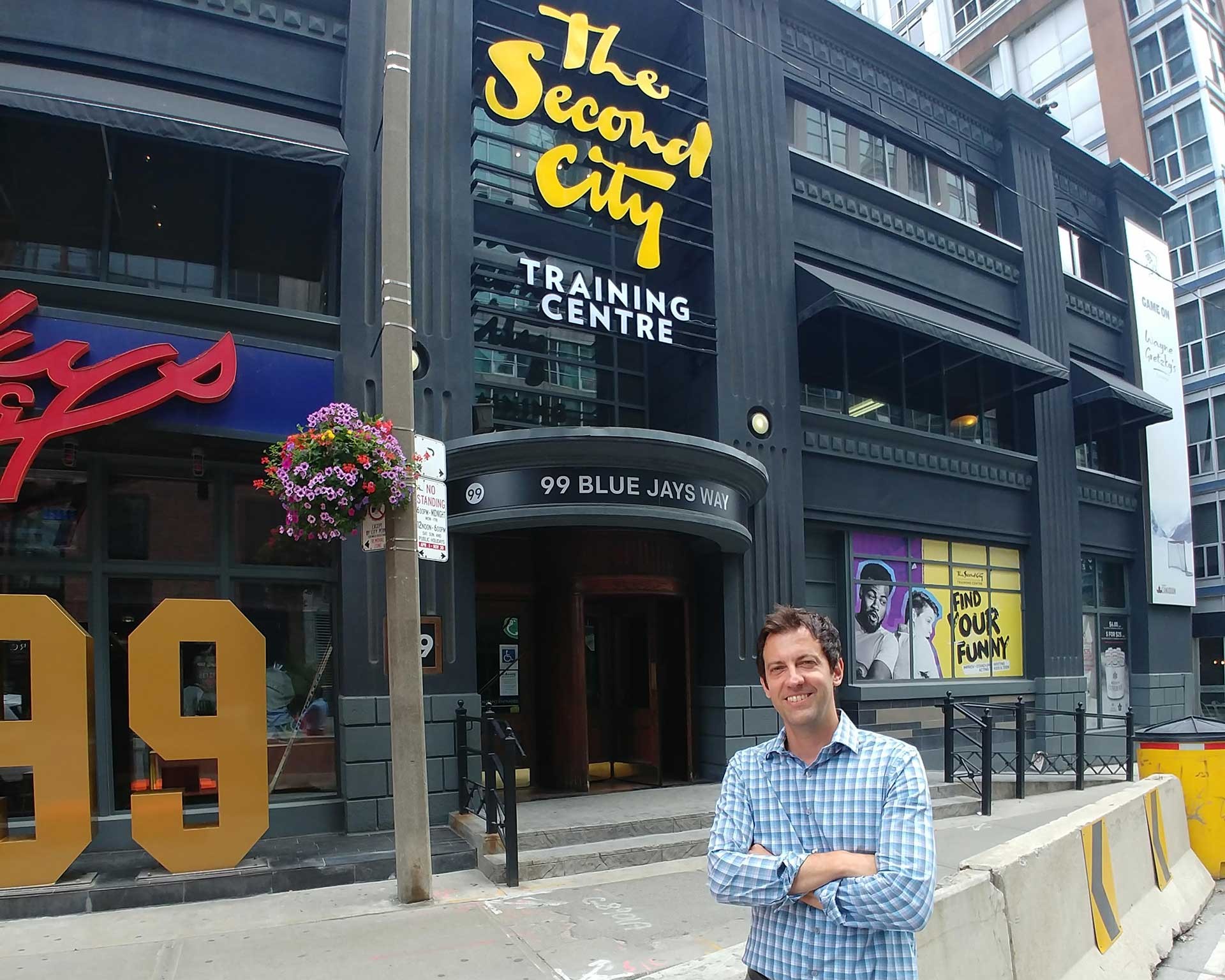 Mike Farinaccio, marketing manager at Second City Works, says his “keenness to learn new things led me down this path.”

“The same skills that are used by our ensemble can also help professionals with things like emotional intelligence, creativity and adaptability.”

As a student at Concordia, Farinaccio never really imagined he’d end up working in the business world.

Farinaccio earned his degree in communication studies from Concordia in 1995. “My favourite class was a screenwriting class with James Babanikos, BEng 78, GrDip 83,” he says. “I also enjoyed participating in Concordia University Television [CUTV] and CRSG [one of two Concordia radio stations that merged to form CJLO in 1998].”

Once out of school, Farinaccio was hoping to pursue a career in film and television. However, his curiosity and desire to learn new things led him down a different path.

“After graduating, I moved to Toronto for more opportunity,” he says. “I started taking part-time jobs in the city’s financial district and, eventually, I fell into the learning and development industry.”

During this time, Farinaccio learned much about business, people and marketing.

“I did a lot of different jobs for them, from inventory management to accounting. I did some IT and then I finally got into marketing and designing websites.”

After working in the learning and development industry for over a decade, Farinaccio heard about Second City Works and kept his eye out for a possible job opportunity.

A year later, in December 2017, he found out about the opening for a marketing manager position. He applied and landed the job.

“It really is a good fit because my background in TV production, entertainment and learning and development was actually a great combination for this role,” he says. “My favourite parts about working at Second City is the collaboration and creativity.”

Although it is not directly related to his Concordia studies, Farinaccio incorporates the skills he learned from his university education — especially storytelling — into what he does today.

“The tools and platforms I’m using are different, but as a marketer I am still creating compelling stories and messages for an audience,” he says.