Faster than the speed of sound

As a young girl growing up in Montreal, Katherine Kokmanian, BEng (mech.) 15, enjoyed math and physics almost as much as she did watching television shows about astronauts and outer space with her dad. Yet it wasn’t until her CEGEP days at Collège Jean-de-Brébeuf in Montreal that Kokmanian began to seriously consider a future in engineering. 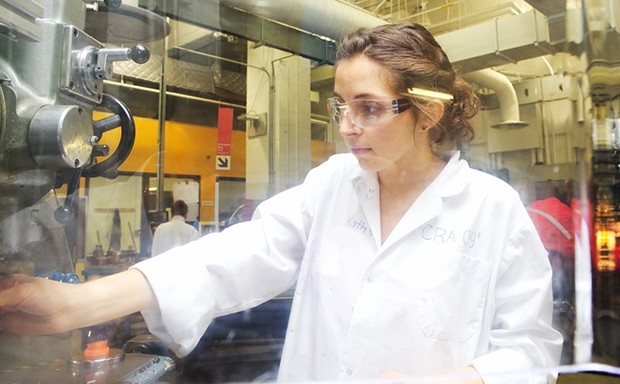 Katherine Kokmanian in the Henry F. Hall Building’s machine shop in during her time at Concordia.

Her decision to enrol in mechanical engineering at Concordia came as a direct result of a visit to the CEGEP by Martine Fachena, then a student recruitment officer with Concordia’s Faculty of Engineering and Computer Science.

“I knew about Bombardier, Pratt & Whitney Canada and all these huge aerospace companies, but I didn’t really expect engineering to be what it was,” says Kokmanian. “Martine invited me to Concordia and showed me around. She was very sweet and welcoming, and I figured if everyone there was like her, then I was going to love it.”

Kokmanian is now a third-year PhD student in mechanical and aerospace engineering at Princeton University in New Jersey, specializing in fluid mechanics. Her early interest in science, outer space and the aerospace industry is manifesting itself in her principal field of study, supersonic flows — or flows that travel faster than the speed of sound.

She credits her Concordia studies and professors with preparing her for her current role. “The classes at Concordia in fluids were really good, and quite advanced,” she says. 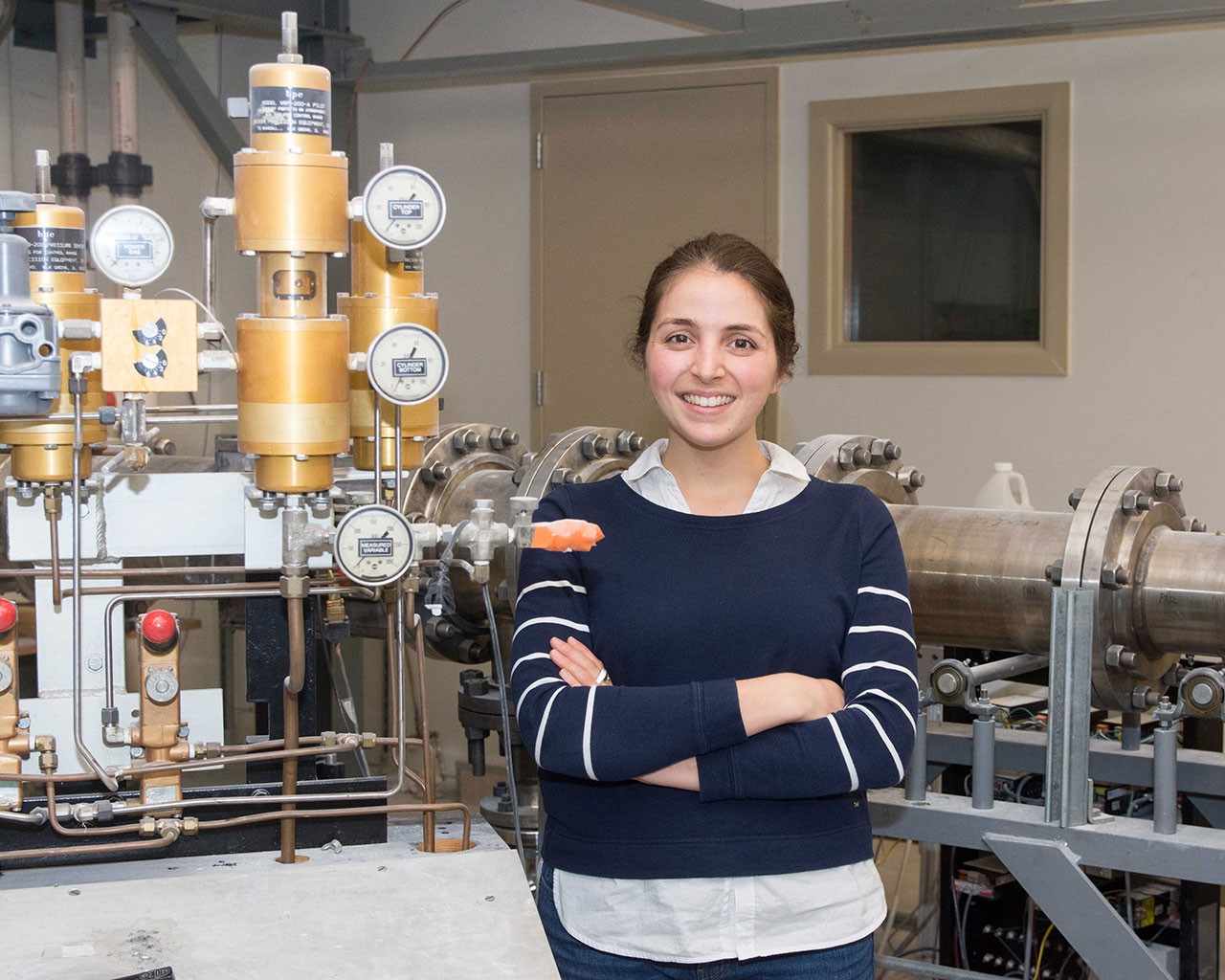 Katherine Kokmanian in the gas dynamics laboratory at Princeton University, where she’s pursuing a PhD in mechanical and aerospace engineering. | Photo: Michael Franken

“The chair of the mechanical and industrial engineering department, Martin Pugh, was amazing,” she adds. “He didn’t teach fluid mechanics but he was my materials science professor in my first semester, when I wasn’t exactly sure if I would like the program, and he really made me enjoy it. He was a great teacher, and a very nice person.”

As a student in Concordia’s Co-op program, Kokmanian also participated in three work internships, including one in Munich, Germany.

These days, Kokmanian spends most of her time in a micro/nano fabrication laboratory, also known as a clean room, developing nanoscale sensors that measure the velocity and turbulence of supersonic flows in a Mach 3 wind tunnel.

The biggest application for her research rests in rockets and jets, and Kokmanian has her sights set on the aerospace industry after she’s done at Princeton.

“There are a lot of great opportunities here in the U.S., with space exploration, but I really miss Canada and I don’t see myself living anywhere else long term,” she says. “I’d like to try a few different things, maybe go back to Germany after my PhD because there are a lot of good opportunities there as well. I love to travel so I’m going to try and do that a bit before settling down.”

No matter where Kokmanian decides to put down roots, there’s no denying the influence Concordia had on her life. In return, she’s trying to inspire a new generation of students — especially female ones — via an outreach science course that she participated in last year at two elementary schools in the New Jersey/New York City area.

“I really enjoyed doing outreach because I was able to show students what a woman engineer looked like,” she says. “Most of the engineers I knew growing up were male, so I think it’s definitely important for women to go out there and inform other women about this field.”