From paralysis to a new life mission

Claudia Di Iorio, BA 16, believes the horrific car crash that nearly took her life seven years ago could have happened to anybody.

“It doesn’t only happen to others,” she says. “That’s something we tend to forget.” 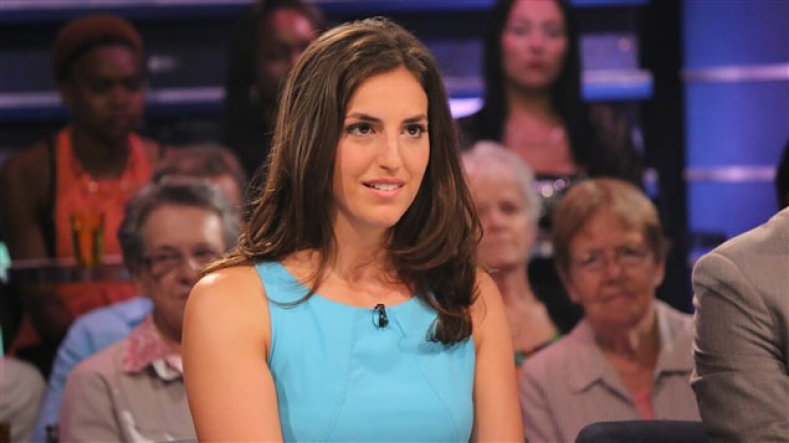 Car-crash survivor turned road-safety advocate Claudia Di Iorio on the set of Radio-Canada’s Tout le monde en parle. “I believe I am here to send a message, which is to drive or ride safe and sober,” she says.

It was the summer of 2010 when Di Iorio and two of her friends got into Laurent Raymond’s car after a night out in their hometown of Mount Royal, Que. The teenage girls didn’t know Raymond well and weren’t even thinking about his level of sobriety.

Di Iorio learned the truth when she woke up from a coma a month later.

“I was shocked that the condition I was in was because of drunk driving,” she says. Along with broken bones, she was left paralyzed by a severe brain injury.

“I don’t think we were aware. As teenagers, we didn’t take into consideration the consequences of getting into a car without asking any questions at all,” Di Iorio admits.

“It’s now part of my goal to educate people that it is not just the driver’s responsibility but also the passengers’ to ask questions and say when certain behaviours are dangerous.”

Raymond, who served two years of a three-year prison sentence, had been driving more than triple the speed limit that night, blazing through red lights and crashing into a tree at about 140 kilometres per hour.

Di Iorio and her friends suffered injuries ranging from the loss of a lower intestine to fractured vertebrae. Doctors told Di Iorio that she would never walk again. Specialists began teaching her how to live life in a wheelchair — yet the stubborn teen had other plans.

After several months of therapy she was walking again, and her feet carried her right into a new life mission.

A mission to promote safe driving

“I believe I am here to send a message, which is to drive or ride safe and sober,” she says. Whether it’s driving drunk, speeding or texting behind the wheel, Di Iorio insists that “it’s not worth it.”

Di Iorio adds that too many people think like she once did — that it won’t happen to them. Yet nearly one person dies on the road every day in Quebec, a number she’s working to reduce.

Against the odds, Di Iorio was able to recover enough to continue her studies. She considers herself lucky that, despite such a traumatic brain injury with life-long consequences, she was able to persevere — regaining control of not just her body but her mind as well.

She earned her BA from Concordia’s School of Community and Public Affairs (SCPA) and is now a McGill University law student dedicated to promoting safe driving.

She has long served as spokesperson for Cool Taxi, which offers a prepaid taxi-coupon service to young people in need of a safe ride home. Di Iorio’s father teamed up with her two friends’ fathers to found the organization soon after the crash.

Last winter she served as spokesperson of an SAAQ-hosted public consultation on road safety. This led to her newest role as an SAAQ board member. She makes monthly trips to Quebec City for meetings largely centred on improving road safety across the province.

Di Iorio is the youngest-ever member of the SAAQ board, which was founded in 1978.

“I’m very proud to be on the board,” she says while commending the province’s no-fault insurance law and strict punishments for mobile use while driving. “I’m very happy to be on a board where I can make a difference.”

Looking back at her time at Concordia, Di Iorio says the school helped her develop a strong foundation to build upon as she moves forward not just with her education but with her mission of making roads safer. She says her SCPA studies helped guide her as she promoted Cool Taxi and strived to educate people about the importance of road safety.

The university, she adds, taught her how to negotiate, cooperate and take a more wide-angled view on any subject, whether politics or redefining Quebec’s highway safety code.

“The public affairs program I was in really opened my eyes to how to understand critical issues,” Di Iorio says. “When I look at SAAQ issues, I am now thinking about the larger picture and how everything works.”

As December comes to a close, Di Iorio has been busy reminding people that “the holidays are one of the best times of the year to celebrate and have fun, but it is important to always remain safe while doing so.”