Many artists use their creative work to help explain science. A Concordia graduate has taken that one step further, using cutting-edge 3-D imaging techniques to create trailblazing art. 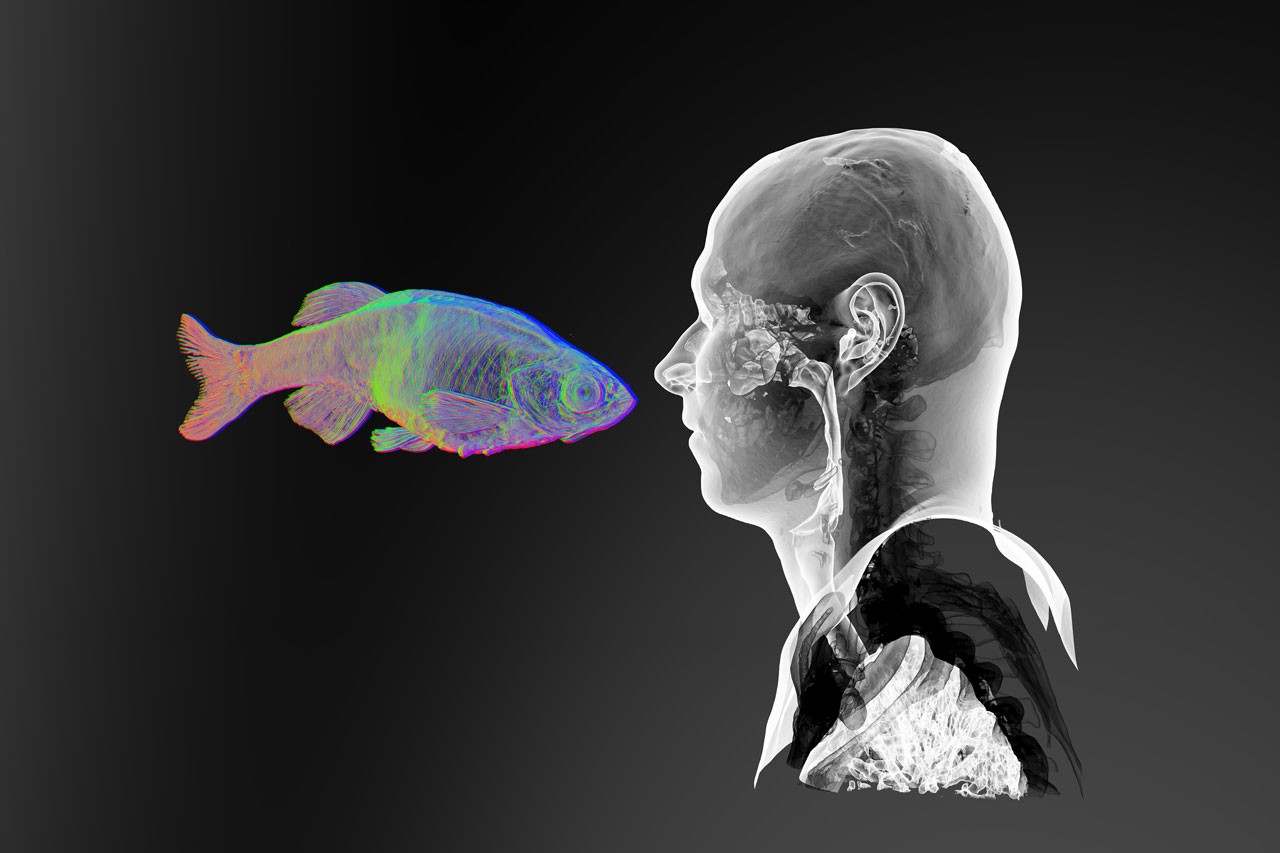 The CLS is, according to its website, “a national research facility, one of the largest science projects in our country’s history, producing the brightest light in Canada — millions of times brighter than even the sun — used by more than 1,000 scientists from around the world every year in groundbreaking health, environmental, materials and agricultural research.”

To explore concepts of evolution and developmental biology and the complexity of humans’ shared genetic heritage with other life forms, Gauthier used 3-D synchrotron radiation imaging techniques at the CLS to create interactive images of zebrafish. The result was Dans la Mesure / Within Measure, which explores the common evolutionary origins of zebrafish and human beings.

Gauthier is currently negotiating to display Dans la Mesure / Within Measure at other art galleries in Canada. The project will also be featured as an artist folio in issue 34.3 of BlackFlash magazine in summer 2017. He recently sat down to discuss his project.

Why did you create Dans la Mesure / Within Measure?

Jean-Sébastien Gauthier: “I basically wanted to use the CLS synchrotron as art. I sought out a collaborator who is a scientist, Brian Eames. He taught me how synchrotron radiation imaging works so we could build this art project together.

Eames is an evolutionary and developmental biologist who has been working heavily with imaging technology at the CLS, the only facility of its kind in Canada. There are only about 40 such facilities in the world, and they are used for scientific research.

The fact that mine is the first art project in Canada allowed to use 3-D synchrotron radiation imaging is pretty amazing. It is also just the second time an artist has used this technology in the world — the first was by Chris Henschke in Australia. My hope is other artists will see this opportunity as a challenge to engage with other disciplines, break boundaries and contribute to each other’s fields.” 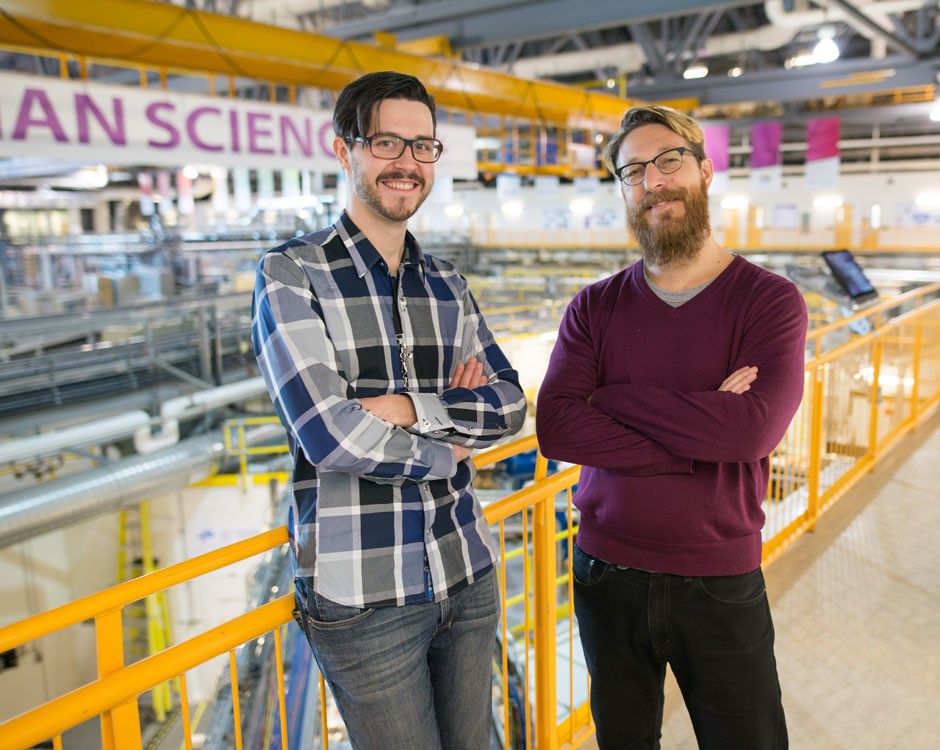 What do you want people to learn from your project?

JSG: “The work itself is a video installation that involves the representation of 3-D scans of embryos of zebrafish. There are eight separate time points of this animal as it grows. We are projecting on a wall these representations as tiny dots, individual pixels. As one approaches the wall, these 3-D forms are then magnified, like looking in a microscope. This pixel on the screen becomes this massive 3-D sculpture.

The main thing the research does is look at how science observes nature, and how art can represent it. It is a cross-section of how scientists work and how artists create their work. Scientists have different constraints than artists, so my project opens a dialogue between the two disciplines.

The other intention is that science and art shows that humans have much more in common with other species than meets the eye. The homologous [similar in position, structure and evolutionary origin] genes that are triggered in our embryonic phases that make us grow limbs are the same genes that help fish grow fins. 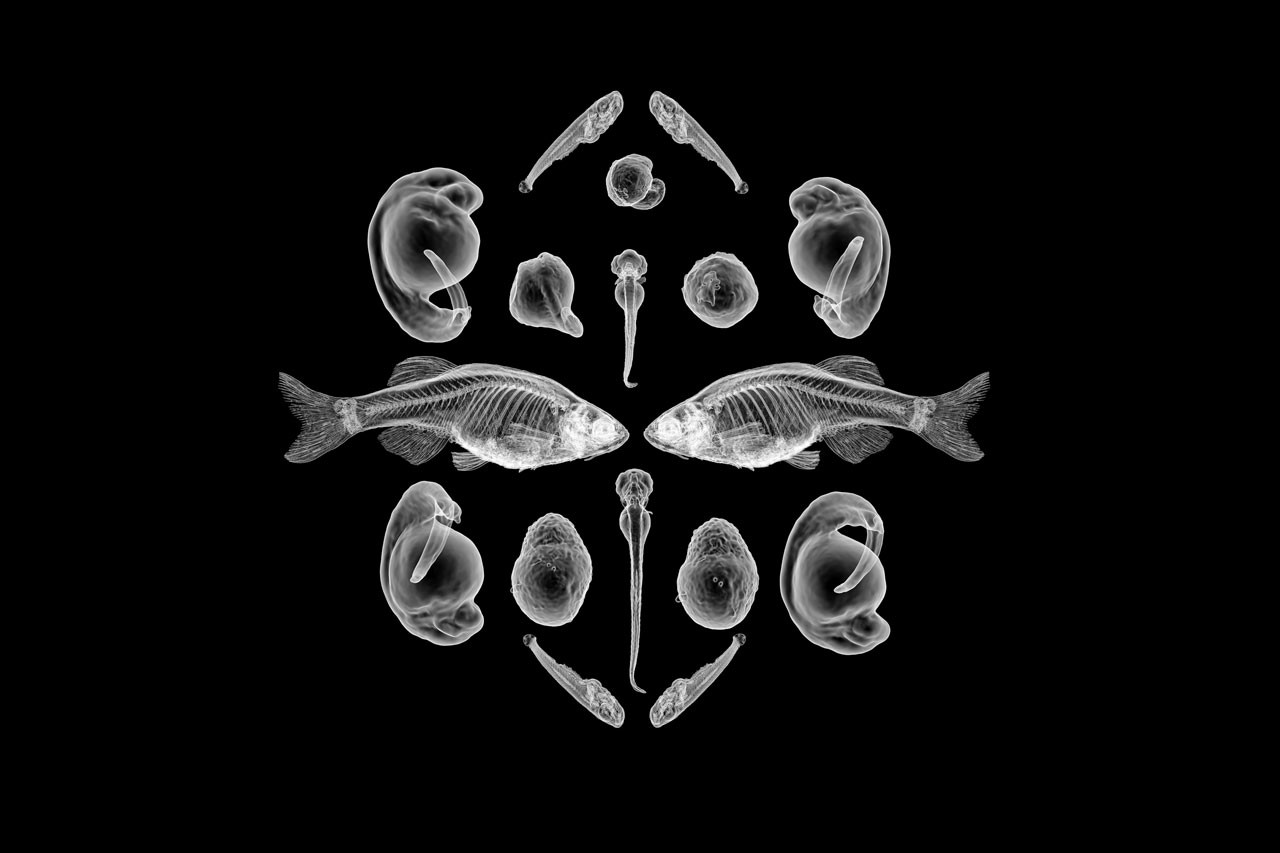 JSG: “Concordia was seminal. I took my time as a mature student to enjoy the broad variety of opportunities that presented themselves in such an exceptional urban environment. The teaching in all of the creative arts departments gave me a very broad understanding of different ways of working. And the cultural context of Montreal is so dynamic that it helped me negotiate my way.

Most important was the human experience, interacting with so many peers, many of whom are still my friends. I think that my time at Concordia was a really important part of my developing as an artist and as a human being.”