Alumna has the write stuff 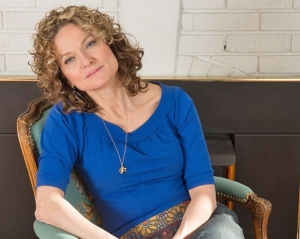 The writing maven is the author of 21 novels for young adults, one of which is nonfiction. Four more of her books will be released in 2018-19, including her first picture book and a series for middle-grade readers.

Despite this busy workload, Polak has a day job as an English and Humanities professor at Marianopolis College in Montreal.

Polak recalls that, as a child, she began honing her teaching skills in her basement. “I taught all the neighbourhood kids and their stuffed animals,” she says. “The classes largely consisted of me taking attendance.”

She continued on that path. After earning her BA from McGill University, Polak landed a job as a teaching assistant. “It was my first real teaching job and I fell in love with teaching,” she says.

This led to a part-time position at Concordia as an English composition instructor, which she did for more than a decade.

She credits her teaching style to the late Michael Brian, one of the professors Polak had while pursuing her master’s degree in English literature at Concordia. “We learned and we laughed. I knew that’s what I had to do, too, because it was never painful. He really influenced how I teach,” says Polak. 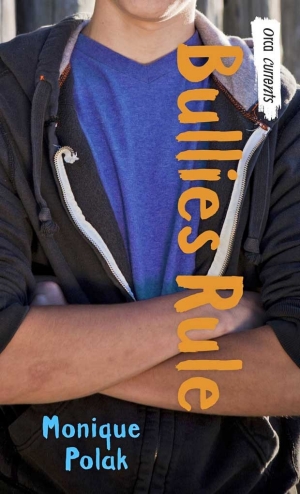 For the imaginative Polak, teaching was not enough; she also yearned to write. Armed with solid credentials, she landed the Marianopolis College position. Polak has remained there for the past 30 years, giving her the flexibility to pursue writing.

Her professional writing career started in journalism; over the years, her articles appeared in pretty much every section of the Montreal Gazette newspaper. Currently, her focus is feature articles. Through journalism, Polak refined her research and interviewing skills that serve her novel writing.

An undergraduate course in children’s literature ignited her love of the genre. The natural-born storyteller then set her sights on writing for young adults. It took years of writing and rewriting; several rejected manuscripts later, she sold her first novel.

“I found it very difficult to get published,” says Polak. She adds with a laugh, “Other saner people might have given up!”

Why didn’t she just give up? “I just couldn’t,” she says. “This was my big dream, and that’s the big lesson that I pass on to kids. I tell them, ‘You have to expect obstacles. If you’re going to give up, you won’t make it.’”

Clearly Polak has made it. Among her many accolades, in 2016 she became the first CBC/QWF Writer-in-Residence, and she is a two-time winner of the Quebec Writers’ Federation Prize for Children’s and Young Adult Literature.

Anything you say can and will be used

Polak deftly draws from real-life characters and situations and weaves them into her books. In her upcoming middle-grade novel, the protagonist is an untraditional princess based on Polak’s own antics when she went to summer camp.

She convinced her bunkmates she was a princess and had them do her bidding all summer. In exchange, at night, Polak told them stories about her magnificent palace.

“I’m like a bird, making a nest from all the little things that go on around me, or, less kindly, I’m a thief — I hear good stuff and I steal it for stories,” she says.

Through her work, Polak tackles tough topics head-on: sexism, bullying, body image, self-harm, teen sex work, domestic violence and the Holocaust, to name a few. One of the most challenging works to pen was So Much It Hurts (Orca, 2013), which follows a young girl’s descent into an abusive relationship.

“Of all my books, that’s the one that’s most closely based on a difficult experience in my own life,” says Polak.

One would think with each successive novel the writing process gets easier. “They’re all difficult,” she says. “The first drafts are always lousy. I fight with myself during the first draft and ask, ‘Why are you even doing this, Monique?’”

Writing and teaching are inextricably linked to Polak’s sense of fulfillment. “Being a writer and teacher — they’ve really both contributed to making me a happy woman. In both ways, I feel like I’ve been able to express myself,” she says.

“I was kind of a weird little kid. I couldn’t figure out who I was. I had all these thoughts in my head; I wanted to share them, I didn’t know how. Both the writing and the teaching allow me to let it out in a way that I think may be helpful to others.”