Student empowers those in need

Wind turbines cut a pronounced figure on a landscape — standing up to 100 metres tall. Just one of these fan-like mechanisms can power over 3,000 households per year. 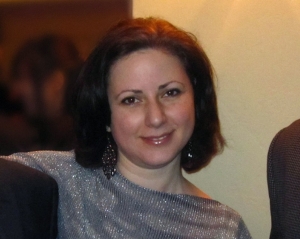 Amal Kassab left Syria to undertake her studies at Concordia.

“The humanitarian crisis in my country drove me to question my ability to do something,” says Kassab, who’s enrolled at Concordia’s Institute for Water, Energy and Sustainable Systems in the Faculty of Engineering and Computer Science. Syrian-born Concordia PhD candidate Amal Kassab, BEng 11, hopes her research on this renewable energy source will increase its adoption in her war-torn homeland — and beyond.

Civil war erupted in Syria in 2011 and is ongoing. The conflict has displaced over 10 million residents — roughly half the Middle Eastern country’s population.

“The software I’m developing can be used by any engineer to build and fine-tune custom wind turbines in urban areas. It aims not only to optimize the turbine design but its location, given a certain urban setting,” says Kassab. Her work would boost availability in resource-strapped places — including developing countries and crisis zones.

The one-year scholarship covered most of Kassab’s student expenses over that period. Kassab also benefits from funding provided by CREATE.

“I’m grateful for the scholarship and to its benefactors,” says Kassab. “It’s admirable that donors support students who seek answers to issues that affect daily life.”

From cancer research to brain-imaging technology

Kassab is so passionate about her research on wind turbines that she veered away from biomedical engineering to devote herself to it.

While an undergraduate at Concordia from 2009 to 2011, Kassab was interested in nanotechnology — mechanical devices so small they can be injected into a person’s bloodstream. The emerging medical uses of nanotechnology — including in battling cancer — led Kassab to biomedical engineering as a master’s student at École Polytechnique de Montréal. She completed her master’s degree in 2014.

“Because of this crisis, I found myself researching topics like water filtration, energy generation and storage on the side,” says Kassab — whose main project as a master’s student was the design of a portable brain activity imaging cap.

Why wind turbines? “Mechanically, they’re simple,” she says. “There are no specialized parts — you can find components for it anywhere.”

Kassab’s ambition is to make her software available online as an open source, where it could be downloaded and used freely.

Before coming to Montreal, Kassab worked as an architect in Syria. She earned a bachelor’s degree in her homeland in that discipline in 1997 from the University of Aleppo. 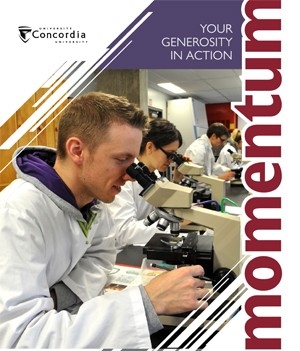