Pulitzer Prize-winning novelist and alumna talks about her career, new book Barkskins and concern for our future
|
By Richard Burnett
Source: Advancement and Alumni Relations

At the start of her career, American journalist and author E. Annie Proulx, MA 73, LLD 99, submitted stories to publishers using the name EA Proulx because, she says, it was easier to get published if editors thought she was a man.

Those days are long gone. 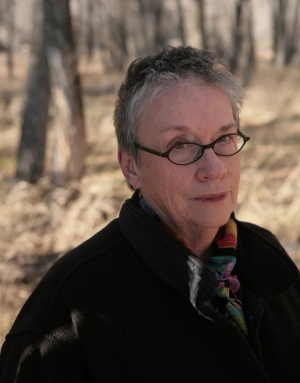 Today, Proulx, 80, is a literary titan whose novels include The Shipping News (1993), which won the Pulitzer Prize and the National Book Award for Fiction. She may be best known for her short story “Brokeback Mountain,” which was originally published in The New Yorker in 1997 and begat an Oscar-winning film as well as an opera for which Proulx wrote the libretto.

Now based outside Seattle, Wash., Proulx was enrolled in the doctoral program in history at Sir George Williams University — where she earned her master’s degree — when the institution merged with Loyola College to become Concordia in 1974. She would return to the university in 1999 to receive an honorary doctorate.

Proulx was named one of the university’s 40 Great Concordians in 2014.

Her recently published bestselling historical novel Barkskins has been universally hailed as a masterpiece. She recently made appearances in eastern Ontario at the Kingston WritersFest and The Writers Festival in Ottawa.

Proulx reflects on her career and her time at Concordia.

Your grandfather was a French Canadian who moved to New England. Canada seems to play an important recurring role in your life, from your time at Sir George Williams University (now Concordia) in Montreal to Newfoundland, the setting of The Shipping News. What is it you love and enjoy about Canada?

Annie Proulx: “My father’s father, Ovila Peter Proulx, born in St. Luc [Que.] in 1885, moved to Connecticut in New England to work in the cotton mills and became a naturalized citizen in 1910.

Yes, Canada has played ‘an important recurring role’ in my life. Canada has always felt like my real home in many ways. Impossible to explain my feelings for the country, but in part it attracts me because it feels un-ruined, because the past seems more graspable, the historic event more palpable, the frisson of knowing my ancestors were there, hacking away at the trees.

The frantic snatching at the new chance, every new area of exploitation that characterizes life in the United States these days seems not so omnipresent in Canada. Sometimes I catch the sense of a gauzy curtain of thoughtful reflection in the affairs of Canadians, which indicates to me that more observation and thinking goes on here than south of the border.

But there is also a ravelly thread of sadness which I cannot explain.”

Barkskins is being hailed as your crowning masterpiece. Why were you compelled to write it? 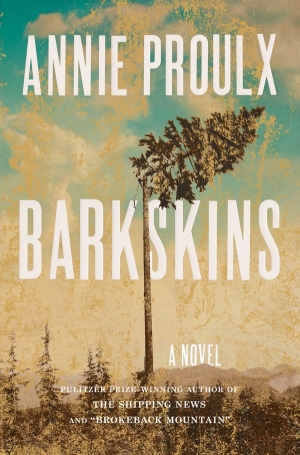 AP: “I was not compelled to write it; I worked on this book for some years because I felt the subject — the disappearance of the world’s forests and the harm humans have done to the earth now expressed in climate change — is important.”

Are you worried about the future of our world?

AP: “If I were not worried about the earth’s future I likely would not have worked on this book. Recently the Working Group on the Anthropocene, a committee of geologists and climate scientists, started examining evidence for calling an end to the Holocene Epoch, which has sufficed for the last 11,000 years, and replacing it with the label ‘Anthropocene Epoch.’

The Anthropocene recognizes that the behaviour of human beings has had a massive effect on earth’s environment: nuclear bomb tests, plastic pollution, power plant soot, animal and plant extinctions, forest destruction and much more have redefined the world’s geological identification.

Barkskins is a literary effort to chronicle one tiny part of the vast change we have caused — a look at deforestation.”

You have been awarded so many prizes. What do they mean to you?

AP: “Literary prizes are all very well, but they do not change me or the way I see the world. It is delightful that more people tend to read one’s books than otherwise, but I feel it would be very stupid to start telling myself that a prize somehow validates one’s existence.

At the same time I realize that for some that is exactly what it does.”

AP: “‘Brokeback Mountain’ coalesced thoughts and feelings that many people secretly held. The story and the film helped show the injustice of ostracism to a general public.

The time was right for change and the story seeped into the culture. By making the protagonists individualistic, hard-working tough cowboys, the most masculine American identity, the story packed a stronger punch than if the characters had been any other profession.”

Ennis del Mar, Jack Twist, Ribeye Cluke and Beaufield Nutbeem. How do you come up with your characters’ names?

AP: “I keep lists of names, have done so for years, and friends sometimes contribute. Sometimes it’s a chance discovery.

Last spring on a tour of the San Juan Islands off the [American] Northwest coast, a biologist was pointing out various seaweeds along the shore. One was Bull Kelp, which I thought would be a good name for an overbearing ranch manager.”

How would your characterize your time at Concordia/Sir George Williams? How did it help shape you?

AP: “Long time ago. I commuted from St. Albans, Vermont, and remember the 60-mile winter drives vividly. I still keep in touch with some old classmates. And it is still a rush to have gone to a university that had Mordecai Richler, that brilliant Canadian novelist, as a student.

I was a grad student in history, and at that time the department was dedicated to the French Annales School. The teachers I met and the books I read showed me a rich way to study history by looking at the ordinary ways people lived in the past, showed me that geography and climate were often more important than the ukases of political and ruling figures.

I learned that rigorous examination of the past in as many ways as could be found opened important views of times gone but still reverberating in our culture. I also learned at Sir George Williams, as it was then named, habits of research, the rewards of close observation.

Last, but not least, I found that what I had learned translated best into a life of fiction writing rather than pedagogy.”

Barkskins is now available in bookstores or through Simon and Schuster.