The Canadian soldiers may be long gone, but Zenon Andrusyszyn, BFA (visual arts) 75, wants to make sure their final messages are read by generations to come.

Andrusyszyn and an eight-member, all-volunteer team have been toiling in a cold, damp underground cave in northern France to preserve the words and drawings the terrified and lonely young soldiers etched in the dirt walls before they died in the Battle of Vimy Ridge, April 9-12, 1917. 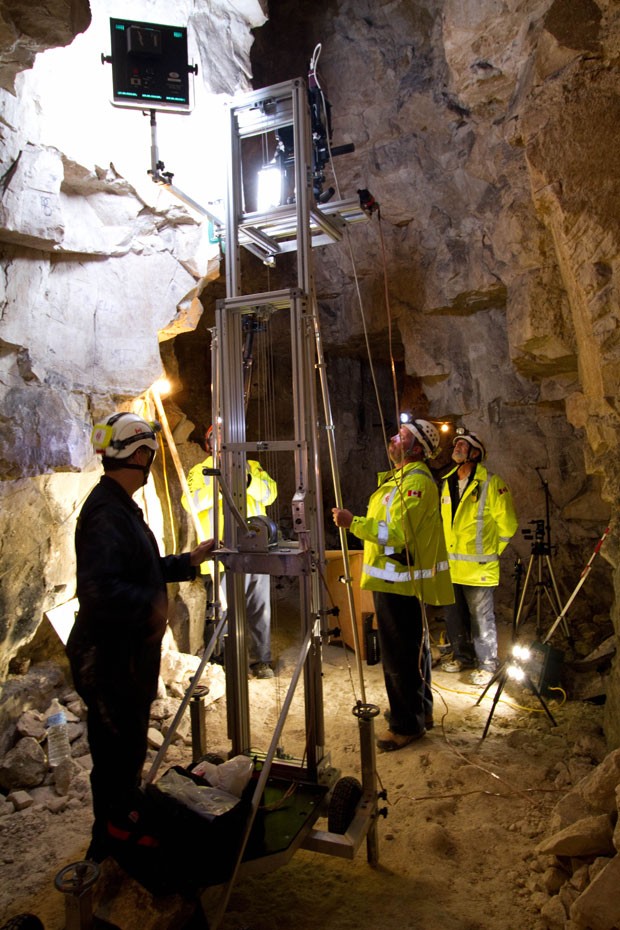 Zenon Andrusyszyn and a team of volunteers have been working in an underground cave in northern France to preserve the words and drawings of young soldiers before the Battle of Vimy Ridge in the First World War. | Photo: Zenon Andrusyszyn

“This is not so much about world war, it’s about the individuals — what they left behind and how they wanted to be remembered,” Andrusyszyn says.

So far, the Canadian Historical Documentation and Imaging Group (CANADIGM), which Andrusyszyn founded in 2011 to digitally record artefacts of Canadian history, has scanned between 30 and 40 of the more-than 200 carvings and names etched in a 1,600-square-metre area where the soldiers lived while waiting for battle.

The scanned images were then reproduced using a 3D printer and turned into a moving exhibit, allowing the public to see a part of history otherwise off-limits to them.

It’s challenging work, as even a ladder propped against the soft wall could destroy an artefact. The team had to design and test prior to departure to France special equipment to handle the laser scanner, lighting and high-resolution camera in such a tight space.

“The entrance down below ground is very narrow. You’ve got to be in pretty good physical condition to get down,” says Andrusyszyn.

“It’s a tight space, and there’s only one way in and one way out. It’s not the kind of site where you’re going to have the general public walking through.” 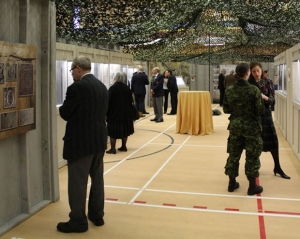 The Souterraine Impressions Project was shown at the Royal Montreal Regiment Museum last month and is touring across Canada. | Photo: Cpl. Yeung

The Souterraine Impressions Project, which has been on tour for a year and was recently in Montreal, has drawn families of the soldiers, allowing them to see a creative side of their relatives, or perhaps just simply their name and home town.

“They didn’t even know that the fellow did anything like that, so for them it was quite an emotional experience,” he says.

“Some of these fellows were carvers, some were stone masons, some were wood workers. So the carvings from that perspective are completely different from somebody who has absolutely zero talent but still wants to put their cap badge on a wall.”

Next year will mark the 100th anniversary of the Battle of Vimy Ridge, the First World War battle won by Canadians against the Germans — but at a cost of 10,000 of Canada’s soldiers.

Andrusyszyn reports that there is still much to do to preserve the messages the young men left behind.

“I need another life to finish the rest of it,” he says. “We’re in only one section of the Canadian frontlines and there are two other caves that are very similar to this.”

A list of names and service numbers of the soldiers to whom the carvings have been linked is available on the CANADIGM website.