Caroline Caron, PhD 09, has won the Prix du Canada en sciences sociales for her book that busts myths about the alleged hyper-sexualization of teenage girls.

Caron, who wrote her PhD dissertation on the subject, interviewed 30 girls and young women aged 12 to 19 in 2007 and 2008. Although they lived in three different regions – Montreal, Trois-Rivières and Quebec City – they all felt unfairly judged for their sexuality. 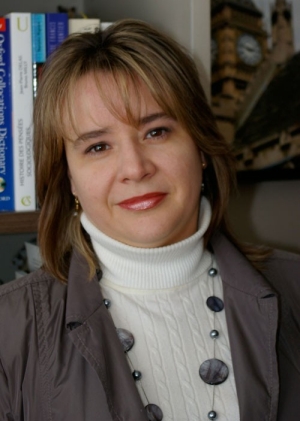 “I was offering them an opportunity to speak about something they cared about and they had a lot to say about it,” says Caron, a former high school teacher and current professor in the social sciences department at the Université du Québec en Outaouais.

“Not only was it easy to engage in discussion, they were lively discussions. They all wanted to speak at once.”

It bothered her, Caron says, that school officials and other experts were wringing their hands over how young girls were dressing, without speaking to the adolescents themselves.

Through her research, Caron learned that adolescent girls are critical of consumer advertising pressure to buy certain clothing, but also had strong opinions when it came to school uniforms.

“They were very frustrated about how dress codes were enforced in their high schools and were critical of the sexism and unfairness of such codes,” Caron says. “This came as a surprise to me because I expected them to talk more about fashion and pop stars.”

The book, Vues, mais non entendues. Les adolescentes québécoises et l'hypersexualisation (Seen but not Heard. Quebec Adolescent Girls and Hypersexuality) published by the University of Laval Press, received great accolades from the jury of the Federation for the Humanities and Social Sciences.

“With great methodological and theoretical rigour, Caron got these young girls to talk outside of the usual societal disapproval and moral framework imposed by outside scrutiny,” it wrote. “In the current pan-Canadian and Quebecois context of constant (and often dangerous) objectification of young girls and their bodies, this important and timely study asks fair and relevant questions about this pressing topic.”

Caron’s subjects felt a double standard in school that forced girls to comply to a series of rules while boys could dress how they liked.

They also found that among girls, teachers applied the rules differently – easing up on “good” students, while being strict with students who misbehaved.

Caron will receive her $2,500 prize May 29 at a ceremony during the Congress of the Humanities and Social Sciences at the University of Calgary.

She hopes her book will lead to more research with young people and helps parents accept their daughters’ sexuality.

“We have difficulty seeing female adolescents as sexual beings,” Caron says. “Clothing is a way of expressing sexual identity and rather than blaming girls for that I think we should welcome this and discuss it.”

She also says the word “hyper-sexualization” — used only in Quebec, in both French and English, and not in the rest of Canada or elsewhere — should be abandoned because it’s prejudicial to youth.