Pierre Even, GrDip (comm. studies) 90, says he was likely the only law student at Université de Montréal in the late 1980s to take two electives in film studies. Yet those classes ignited a passion that set him on his lifelong path into the movie industry. 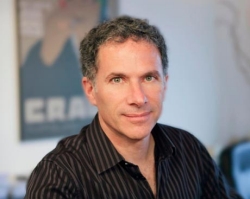 Pierre Even says an important part of his job as a movie producer is to find a balance between artistry and business.

So far, that road has led him through a lengthy filmography of more than 20 movie credits, including award-winning box office hits like C.R.A.Z.Y. in 2005 and Nitro in 2007.

Most recently, Even’s company, Item 7, co-produced Brooklyn, which arrived in theatres in limited release on November 25 and is now being distributed more widely.

The film has become an Oscar hopeful and is already a Golden Globe nominee and winner of several international nominations and awards. “The reaction has been great,” says Even.

Even explains that he was able to convince the film’s principal producer that it would be more cost effective to turn Montreal streets into something resembling 1950s New York. Nineteen out of 32 days were shot in Montreal, including at the Old Port and on quiet side streets in Lachine. 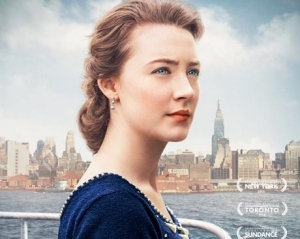 Even's film Brooklyn has become an Oscar hopeful and is already a Golden Globe nominee and winner of several international nominations and awards.

“Of course, Old Montreal is a good area to recreate New York City, by shooting certain streets from different angles,” he says.

Brooklyn was filmed in a classical style by cinematographer Yves Bélanger, BFA 84. Even describes Bélanger as “a very talented guy” with a unique ability to work with actors in the moment. “He did a great job. It was a pleasure working with him.”

This wasn’t the first time Even has worked with a fellow Concordia graduate. He also produced the 2012 film Rebelle (called War Witch in English), directed by Kim Nguyen, BFA 97. Rebelle was nominated for an Academy Award for Best Foreign Language Film.

Even earned his law degree in 1987 and passed the bar before zeroing in on filmmaking at Concordia. He says he was able to focus on film throughout the intensive, yearlong communication studies graduate program.

With his diploma in hand, Even decided to finish his legal training, become a full-fledged lawyer and then search for a way into Quebec’s still-budding film industry. “When I tried to find a career in film here in Quebec, my way into the industry was through my legal degree,” he says.

Even spent six years with Malofilm, which was one of the largest film distributors in Canada at the time. He slowly worked his way from the legal side of the business to film production.

While he dabbled in TV, Even realized film was where his heart is. He produced several movies before establishing Item 7 in 2009 with Malofilm colleague Marie-Claude Poulin. Their joint efforts include Café de Flore (2011), Cyanure (2013), Meetings with a Young Poet (2013) and Miraculum (2014).

As producer, Even explains, he follows a movie through its entire lifecycle while using both sides of his brain. He may be in a creative meeting with the scriptwriter all morning and then going over budgetary details all afternoon.

He is now using those skills to produce Eye on Juliet, directed by Nguyen, which Even describes as a “romantic fable” about star-crossed lovers in a high-tech, surveillance-heavy world.

“We’re going to be shooting in March and April in Morocco,” he says. “It’s really about what it is to fall in love despite everything like distance, language and technology.”

As he continues to follow his successful route, Even says he owes much to his time at Concordia, which he considers his true alma mater. “I have more links with Concordia than I do with Université de Montréal because of what I am doing today.”