What do you get when you give MBA students from business schools around the globe seven cases to solve over six days?

This is the winning equation for the 2016 edition of the John Molson MBA International Case Competition (ICC). 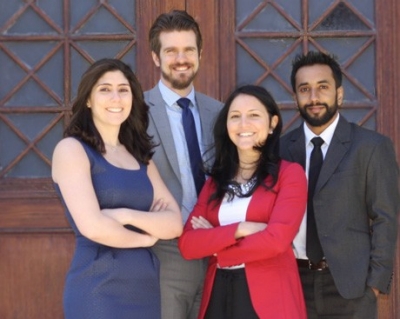 The largest MBA case competition in the world, hundreds of students representing 19 countries are expected to attend the event this year.

The 2016 organizing team — led by John Molson MBA students Sarah Nasr, Nidish Pc, Cinzia Ruberto and Sean Smolka — says that putting together a competition of this scale is like running a marathon.

In addition to attending their graduate-level classes, the organizers work day and night to ensure that the final competition — a week-long event beginning on January 3 — goes off without a hitch.

“It’s an incredibly fulfilling and rewarding experience for the students,” says William Meder, academic advisor for the case competition for the past five years. “I’ve worked with 45 students over the years and I’ve kept in touch with nearly all of them. They’re doing amazing things today and many come back to tell me that the skills they developed through organizing this competition really helped them in their careers.”

If there are high expectations for this event, it’s because a precedent of quality was set from the very start. The inaugural edition of the John Molson MBA ICC in 1981 saw four schools compete.

This January, 36 schools spanning six continents will flock to Montreal to participate in the competition’s 35th anniversary edition.

The international reputation of the competition at Concordia is so strong that other schools have developed courses specifically to prepare their MBA students to compete in this event.

In addition to the usual workload, this year’s organizers have taken on additional initiatives to guide the case competition towards sustainable business practices.

“It’s about getting back to our roots by involving local and/or Concordia-based cooperatives as suppliers, and partnering with local non-profits to minimize waste,” explains Kristina Ousmanova, marketing executive assistant for the competition.

As a non-profit student-run organization, the John Molson MBA ICC depends on the support of donors to ensure its continued success as a world-class academic competition.