Nestled amid the woods of Saint-Charles-sur-Richelieu, Que., is an open field on a hill waiting to be transformed. Each year, starting in mid-August, the grass is cut, a kitchen built, electricity and water brought in and two big tops constructed to house Carnaval Carmagnole. 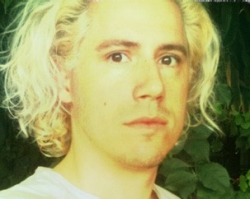 The festival, now in its fourth consecutive year at this location, runs from August 28 to 30. It features hundreds of artists offering three days of circus performances, music, visual arts, workshops, family activities and more on various stages on the field. On-site camping is included with the festival pass.

The volunteer-driven festival challenges the often-competitive circus industry and allows its general director, Emmanuel Cyr, BFA (contemp. dance) 11, to do what he loves — create community through circus.

Here, spectators can be at the stages watching the performances, but are also given the choice to blur the line between traditional spectator and performer roles by dressing up.

“Since the beginning, the idea was to gather people to be in a place where they can exchange,” says Cyr. “It’s also a carnival, so the idea is to invite the public to get costumed. At one point on the grounds you don’t know who’s the performer, who’s the artist and who’s the public.”

Carmagnole began 15 years ago in the minds of a few Montreal artists and performers seeking an alternative to the high-pressure stress of the performance world. It was first held in a smaller field in September 2001 and ran for five years.

After a six-year hiatus, Carmagnole returned in 2012, offering its unique setting for performers and encouraging audiences to join in on the fun. 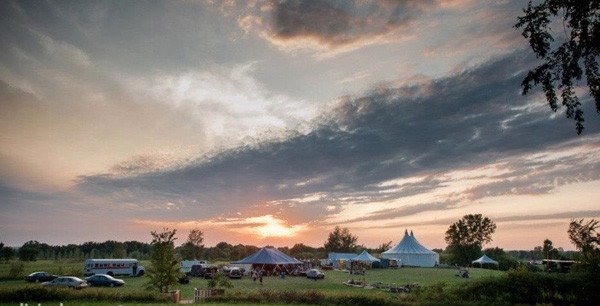 Carmagnole allows participants to immerse themselves in the experience of the festival. | Photo: Olivier Bourget

Cyr’s hope is that the shows convey the depth of artistry often overlooked in the relatively new performance art of circus. He’s asking questions about circus that would be expected from other forms of art such as opera or ballet.

“What’s the meaning? What’s the art behind it?” he asks. A setting like Carmagnole offers the opportunity for those questions to be answered.

For Cyr, part of the appeal of a festival in the woods is to take audiences outside their regular lives and immerse them in the experience. “Going to a festival is really different than just going for one night to see a show and then go back home,” he says.

Performance origins
Cyr’s original intention was to be a sculptor. He admits that his foray into the performance arts was accidental.

“It’s really random — I started juggling as a hobby,” he says. “I travel a lot and I was always busking with my gymnastics.”

From 1998 to 2000 Cyr ran his own sculpting studio in Laussane, Switzerland. He returned to Montreal in 2000 and studied studio arts and ceramics at Concordia from 2001 to 2003.

At the same time, he was recruited by the performance groups Lezardom and Koshi and was soon juggling in shows that brought him all over the world.

Eventually Cyr returned to Concordia to study choreography, graduating in 2011. In the Department of Contemporary Dance, his love of sculpting took on a different expression.

“Working with bodies is a bit like sculpting live people,” he says.

Though familiar with working with groups, Cyr says his degree in choreography taught him tangible tools for efficiently managing and directing shows. It was those skills that would support him in the world of social circus.

Social circus refers to using circus activities to develop social goals in a vulnerable population. Since 1995, Cirque’s social circus training program has been travelling the globe empowering marginalized youth with skills such as communication, creativity and building trust and self-confidence.

Part of Cyr’s role is to create partnerships with communities by training local leaders who work with at-risk youth to teach social circus.

He recently returned from a trip to the Kativik region of Northern Quebec, where he had been working with youth workers for the last six years, passing on the skills and benefits of social circus.

In its various forms, Cyr has built a life devoted to creating community through circus.