Each year, Concordia’s Department of English hands out prizes for excellence in the studies of English literature and creative writing. Those include the Irving Layton Awards for Creative Writing, which are worth $500 each and given to undergraduate students for works of poetry and fiction.

To qualify for the fiction award, students must submit a single story of no more than 5,000 words.

The 2013 Irving Layton Award for Creative Writing for fiction went to Gleb Wilson, who graduated with a BA in English literature and creative writing in June. The Brooklyn, N.Y., native came to Montreal and Concordia when he was 18. He’s now busy working, playing music and, fortunately, writing.

Here is the award-winning short story. 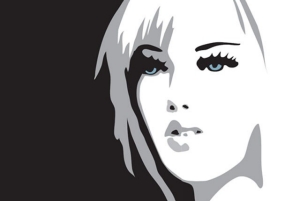 Yes, Lana’s mother is proud of her. But perhaps not in the same way an American mother would be proud, Lana thinks. Real Americans do everything so intently and so organically; everything Lana does is just a sideshow, but to her mother it looks like a crowning achievement. The pride, Lana thinks, comes cheap.

Lana is a promoter for dubstep and house shows. She works for Zvook Entertainment, whose offices are based in Brighton Beach. Lana has to attend most of the shows she promotes, and at these shows, she pretends to enjoy the music more than she actually does, or drinks until she doesn’t care. When asked how she got into promoting dubstep, Lana would say she can’t remember.

“It happened naturally,” she’d say in a soft but decidedly spiteful tone. “If you’re into house or hip hop or whatever, you just follow it, and eventually if you’re real about your shit, you become a part of it.”

Lana has given that response or something like it countless times. She has always enjoyed talking about her experience and credibility, no matter the interest or pursuit in question. And though she won’t go out of her way to smoke just to tell a story, Lana gravitates towards telling tales of her life when she’s smoking outside a venue, or around the corner on a curb. Her constantly calculating demeanor creates a stillness, what she hopes is a mystery which could elicit a visit from a passerby or someone exiting whatever Lana is taking a break from. Lana wants to be approached, though she never acts like she cares, punctuating her wisdom and apathy with carefully timed inhalations and ash flicks now part of a routine written in muscle memory.

Lana used to like smoking Black and Milds because they were classier than cigarettes. She didn’t necessarily believe this, but it was a good reason to give if anyone ever asked her why she smoked Black and Milds. In reality, Lana chose the cheap cigarillos because they were different and set her apart. In Lana’s mind, this kind of individuality equalled uniqueness and wisdom. If you did something most people wouldn’t normally do, it meant you were smart enough to see through the blinds that deterred most. It meant you had secrets to share, or to keep.

Such misguided and arbitrary calculations filled Lana’s life. The youngest in a family of Russian immigrants, Lana never felt like she fit in. She carried her heritage like a burden, blaming her Russian ancestry for the fact that she was bought unfashionable, outdated clothing. She would misspeak in class and immediately get transported to the helplessness of a family function where no one speaks English, the same mental space of straddling two worlds such that she belongs in neither. When she was 12, Lana asked her name to be shortened from Svetlana to Lana. At 16, she legally changed her name from Svetlana Mezentsova to Lana Mezents. Justifying this decision to her parents as a necessary step to getting hired for higher paying jobs, this measure was in truth a step towards an anglicization that Lana had secretly been wanting for as long as she’d had an American identity.

The desire to fit in by homogenization was dormant in Lana until she hit middle school and encountered a more refined ability to define the self and to articulate identity. Lana took pride in elements of her life that could pass as “more American,” like her years of ballet training. (She wasn’t passionate about ballet, like she secretly was about chess, but it was a normal, American complaint under which to hide; “Ugh, you’re so lucky your mom never made you do ballet.”)

High school had fully brought out Lana’s resentment of her roots. A new school meant for Lana a new identity, despite the fact that many of her I.S. 239 classmates were continuing on to Midwood High School with her and would recognize immediate change. But Lana didn’t care. She was no longer content to simply observe her Russianness, a creature which she learned through approximating, American eyes. Lana was no longer content to simply let it define her before she could get a word in. Her reality — her dream and her true identity as she perceived it — roamed the halls of her high school. And as Lana walked home through the wet grey cold along Neptune Avenue after school, that dream would slowly fade. As she trampled through slush, slightly ducking under pigeons and seagulls suddenly in flight, as she made her way up the stairs of her building to her family’s communal apartment, smelling some combination of old furniture, borscht and burning radiators, and as she struggled to communicate with her parents and grandparents, Lana felt something inside of her which made her posture poor and her days long and uncertain.

Once in high school, Lana was smoking outside of a club downtown. She was underage, but her older friend Olga had supplied her with a fake ID. Lana’s parents believed her to be in Bensonhurst, and the excitement of having snuck into Manhattan was difficult to contain. Yet Lana maintained a decided indifference, leaning against the outside wall of the club and feeling the bass thump against her back through the brick.

A group of three — two boys and a girl — approached Lana.

“Hey, you have a smoke?” one of the boys said. The group stopped in front of Lana rather than sending one ambassador to bum one for the walk; they intended to stay and talk. With subdued excitement, Lana gave the boy a cigarette (“Sure”), then offered all three of them smokes. The group wasn’t Russian; it was generic and American. Carefully, and with immense skill and understanding of those first predictable minutes of initial conversation, Lana engaged her audience with her opinions. The quartet traded gossip and badmouthed the same parts of the city (though Lana was mostly following their lead). It was working.

“So you’re from Brighton Beach?” the girl asked.

“But I’m not like… Stalin gulag Russian,” Lana added.

After a pause, the girl said, “What?”

To cover her failed joke, Lana laughed, but a silence lingered afterwards.

“I mean I’m not Russian Russian. Like, I dunno, some kids just never even like learn to speak English or anything. I don’t just do that. I do normal things, too. Not just… family… things.”

“Hmm…” the American girl replied, ushering in another short silence. Lana smoked and attempted to regain her composure.

“Know any good places to go after this?” Lana asked.

“I don’t think so…” one of the boys said absent-mindedly, checking his cell phone.

“I hear there’s something at Gallery or whatever,” said Lana to a sustained silence, as if she hadn’t spoken. Though they initially mentioned an interest in exchanging numbers, the trio walked away soon after that moment, leaving Lana feeling more alone than before they had come. She went home early and tried to sleep.

Years later, Lana would develop a cocaine addiction which would bar her from being able to hold a job in promoting. She would go on to work at JFK International Airport behind the counter of a Cinnabon stand. She would develop bags under her eyes and accept the everyday. One day she would see the boy who asked her for a cigarette, now a man in a suit with a briefcase and no discernible identity. She would not recognize him, but she would watch him walking straight, and she would try to imagine his destination and his purpose. She would long for him and the reliable nothingness he had become, the reliable nothingness he had always been.