Concordia’s School of Canadian Irish Studies, the only one of its kind, has been an unlikely triumph
|
By Barbara Black
Source: Concordia University Magazine 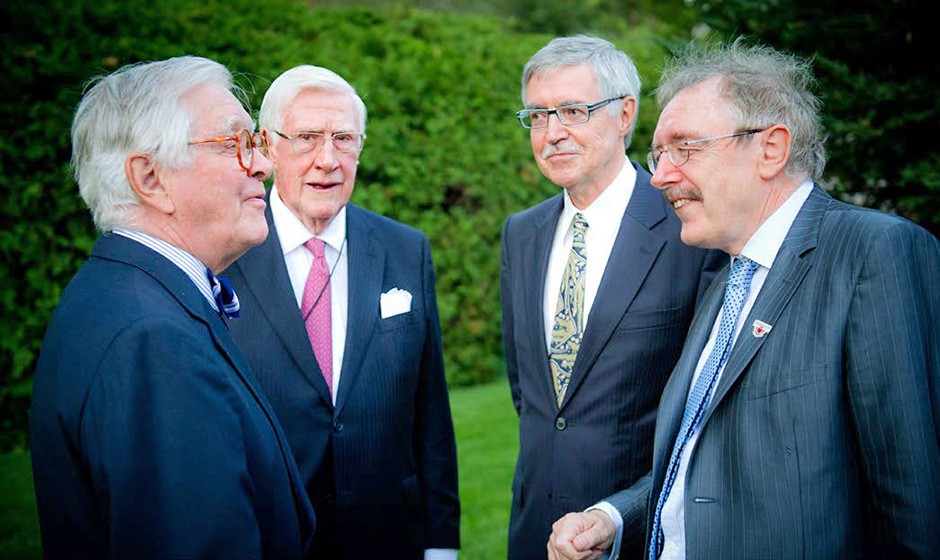 The program had made its way past all the right committees to the minister’s desk. Finally, in early January 2013, word came through: thumbs up. As a result, the university will be able to offer a Bachelor of Arts in Canadian Irish Studies, another milestone in a Concordia success story. “It’s wonderful news for us and validates what we do,” Kenneally says. “We now can offer a major, minor and certificate in Canadian Irish Studies, a complete package.”

Behind the school’s steady growth are three elements: enthusiastic Loyola College alumni support, canny programming and brilliant fundraising. The school is the product of a dynamic partnership between Kenneally, who conceived the program and steered it through the academic shoals, and Loyola alumnus Brian O’Neill Gallery, BA 57, who helped build a $7-million endowment to finance it. Yes, seven million dollars — during a global recession and the taming of the Celtic Tiger abroad.

“It shows the power of alumni,” Kenneally says. “Our support comes from the Irish community right across Canada. It’s an amazing achievement for what was originally an abstract plan.” Donors to the school’s scholarship fund give for the pleasure of helping a student and honouring the thousands of nameless, 19th-century Irish immigrants who built the Victoria Bridge or scrabbled a hard living in the streets of the Point in Montreal.

While a handful of other Canadian and American universities offer Irish studies, Concordia’s is the only program that closely links the examination of contemporary Ireland with its historical importance to Montreal, Quebec and Canada.

The great waves of Irish immigration to Canada took place in the mid-1800s and the Irish who once filled Griffintown and Verdun — now Montreal neighbourhoods — and small towns have long since blended into the multicultural stew of Quebec. Yet Irish roots emerge in unlikely places. Kenneally recalls with wonder an incident that occurred when the former Irish president Mary Robinson spoke in the late 1990s at the Canadian Centre for Architecture in Montreal. A French-speaking security guard was moved by her speech. When asked why, the security guard said, “Why not? She’s my president, too.”

Maclean’s magazine once expressed surprise that Montreal would have a thriving school of Irish studies because “only a tenth of Canada’s 4.4 million Canadians of Irish ancestry call Quebec home.” Yet it’s a country with strangely subversive appeal. As Kenneally points out, “Irish history involves cultural nationalism, colonialism, post-imperial identities, rebellion and independence, partition and decolonization, language preservation and literary expression.” These issues resonate in Quebec and around the world. 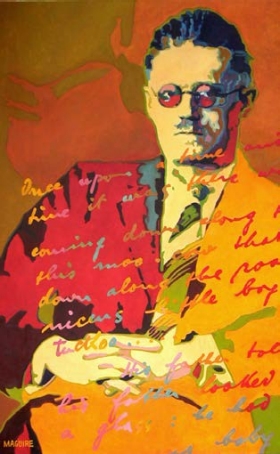 The breadth of the school’s program is a testament to Kenneally’s ingenuity. Students enjoy courses in literature, history, political science, economics, geography, arts and popular culture, women’s studies and the Irish language.

“A degree in Canadian Irish Studies will allow students to explore the history and rich culture of Ireland and its diaspora and learn about complicated subjects related to colonialism, nationalism, war, religion and more,” Kenneally says. “Ireland presents a classic case study of these contentious issues. And its multidisciplinary and interdisciplinary approach prepares students for the complexity of our globalized world.”The remaining 15 credits are drawn from a broad selection of Irish-themed electives including courses on James Joyce, Irish film, theatre, the Irish in Montreal, the Great Irish Famine, the Troubles in Northern Ireland, Highlights of Irish Literature and Celtic Christianity.

He adds that students also benefit from studying in a small school, with a hands-on mentoring environment, within a large, urban university.
Amanda Leigh Cox, MA (trans.) 09, who is pursuing an interdisciplinary PhD in humanities, commends the wide range of experts and scholars. “They make it a fully rounded experience for students and provide a global view of Irish culture, historically and in the present. It’s a very progressive and vibrant environment, and we’re allowed to stretch our wings and follow what interests us.”

As the program grew, Kenneally drew on professors from across the university, often, but not always, with Irish ancestry. Now, thanks to successful fundraising, the school has six full-time professors.

Gearóid Ó hAllmhuráin (pronounced Garode O-allveronn) is an Irish anthropologist and ethnomusicologist and the first holder of the Johnson Research Chair in Quebec and Canadian Irish Studies. Gavin Foster is an expert on oral history, particularly of the final phase of the Irish Civil War (1922-23). Jane McGaughey studies the Irish diaspora in Canada, the United States and Britain, especially the Orange Lodge. Susan Cahill is interested in Irish children’s writing and the Irish girl as a literary and cultural figure. Rhona Richman Kenneally, who is based in the Department of Design and Computation Arts, is a fellow of the school. She teaches a course on Irish Domestic Space and is editor of the Canadian Journal of Irish Studies.

Kenneally himself focuses on modern and contemporary Irish literature. As the principal Canadian investigator of an international team studying memory, identity and representations of the past in Ireland and Quebec, he is looking closely at depictions of the Quebec Rebellion of 1837.

Studying the Irish in Canada offers rich rewards for the ambitious scholar. Few formal studies have been done on their influence, and records are scattered or missing. To give just one example, Concordia emeritus professor of geography Patricia Thornton and a colleague from McGill University pored over Montreal records and statistics, and what they found contradicts the stereotype of the disreputable Irish immigrant. On the contrary, they found a close-knit, upwardly mobile community whose members helped one another.

This year’s Ireland-Canada University Foundation Visiting Scholar is Seaghan Mac an tSionnaigh, a young expert on Irish language. This beautiful but difficult tongue is a requirement in some Irish Studies programs, although not at Concordia. Nevertheless, Kenneally says that about 20 students love it and are specializing in it.

The school also supports graduate students. Heather Macdougall, who just finished her interdisciplinary PhD in humanities, says, “It offers scholarships, encourages participation in conferences and provided me opportunities to work as a teaching assistant and then as an instructor. I was able to design and teach two new courses on Irish and Northern Irish film, both of which were quite popular.”

One of the benefits of being associated with the school is the opportunity to meet people from Ireland. A steady stream of distinguished writers, filmmakers and scholars, even a celebrity chef, have visited Concordia to inform the general public, teach students and share their research. “I really appreciated the guests that Irish Studies brings to Concordia,” Macdougall says. “It helps expose students to other perspectives.”

The traffic also goes the other way. Kelly Norah Drukker, BA 99, is a young poet and non-fiction writer who won a St. Patrick’s Society Scholarship. She’s writing about the time she spent on the island of Inis Mór, off the coast of County Galway. “When I decided to return to school to pursue an MA in English and creative writing, it was essential that I be able to continue my engagement with Irish culture as a part of my studies,” Drukker says. “The school has an intimate, supportive atmosphere that makes me feel glad to be a part of it.” 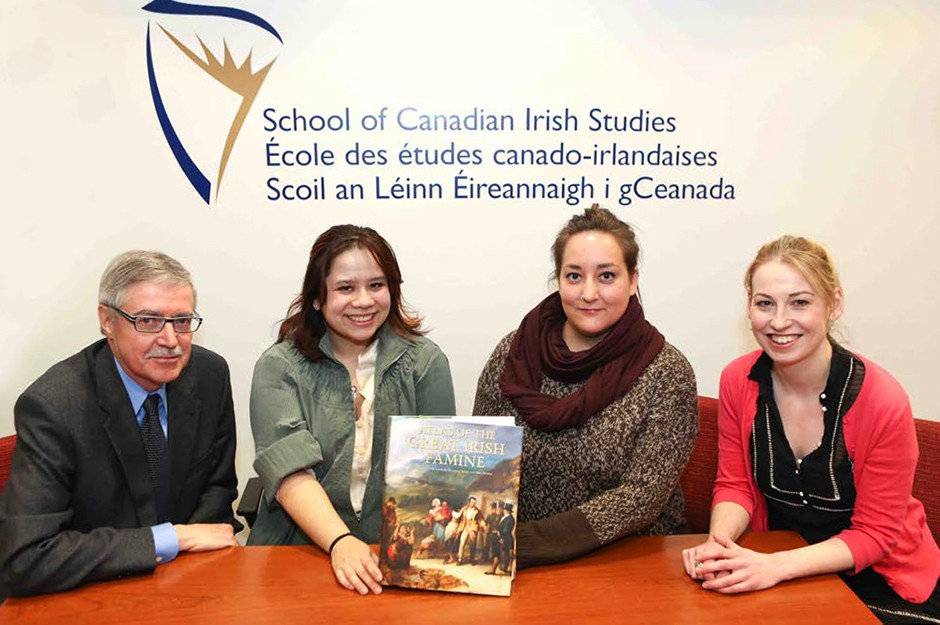 From left: Michael Kenneally, principal of the school of Canadian Irish studies, Angela Olaguera, Camille Harrigan and Susan Cahill, assistant professor of Irish literature. In January, the school presented copies of the atlas of the great Irish famine to Olaguera and Harrigan, the first students to enrol for Concordia’s major in Canadian Irish studies. | Photo: Joseph Dresdner

The roots of the school go back to 1991, when Kenneally was teaching in Concordia’s Department of English. The cluster of courses he developed grew into the Centre of Canadian Irish Studies.

In 1996, Brian Gallery, a former publisher and mayor of Westmount with friends across Canada, became involved in the newly created Canadian Irish Studies Foundation, headed up by Peter O’Brien until 2002, when Gallery took over. Irish-Canadians, especially Loyola graduates, responded with enthusiasm and raised $2 million in the foundation’s first capital campaign. Kenneally credits much of the success to Gallery. “The man’s charm is almost irresistible,” Kenneally contends. “He just loves fundraising.”

The philanthropist and the professor set out across Canada to beat the drum. At first Kenneally was inclined to rhapsodize about Irish writers he admired, yet he soon realized that the names he was dropping were met with blank stares. After a talk in Calgary, a man in the audience asked bluntly, “What’s this got to do with me?” Lesson learned. At his next stop, in British Columbia, Kenneally armed himself with a list of towns named after Irish railroad men, and quizzed his audience to see how many they knew. That did the trick: they were entertained and intrigued.

In 2009, when the centre became an independent academic unit, the new school was launched at a gala event. Gallery was on stage, in his element. Toasts were drunk, dancers kicked up their heels and all the guests, including then-Quebec-premier Jean Charest and former Canadian prime minister Paul Martin, raised the rafters with “Danny Boy.”

Clearly Gallery’s heart was behind the school. “A man came up to me recently and said, ‘I was going to give to the scholarship fund, but now that I’ve heard you speak, I’m going to give double,’ ” he says. “That was wonderful to hear.”

Wonderful, too, was the support he raised from the Irish, Canadian and Quebec governments — including $2 million from the province to establish the Johnson Chair, named after three former premiers: Daniel Senior, Daniel Junior and Pierre-Marc Johnson. Other sources included proceeds from fundraising evenings, substantial donations from several Canadian corporations, foundations and, appropriately, the St. Patrick’s Society of Montreal and Montreal St. Patrick’s Foundation.

After 16 years, Gallery recently retired, replaced as chair by ophthalmologist John M. Little, BA 57. “I already miss it, but there’s not much more I can do,” Gallery admits.

Recruiting goes on. Part of the challenge is explaining to prospective students what types of careers a degree in Canadian Irish Studies can lead to. “It equips students for a wide range of jobs that require sharp critical and analytical skills, clarity in oral expression, effectiveness in written communication, and an awareness of the broad issues shaping contemporary life,” Kenneally explains.

The good news is that the pool of potential students is substantial. As luck would have it, several major Irish dancing competitions have been scheduled for Montreal. The school had a booth in the Queen Elizabeth Hotel last fall at the Eastern Canada Regional Finals, which had more than 800 participants. Now Kenneally has his eye on the 3,500 to 4,000 dancers who will come to the North American Nationals in July 2014 and the 5,000 at the World Championships in 2015.

Given a chance to see what the school has to offer and exposure to the enthusiasm and charm of its promoters, many of those young Riverdance aficionados might become Concordia students.

— Barbara Black is the former editor of the Concordia Journal newspaper.