From refugee to electric-car executive 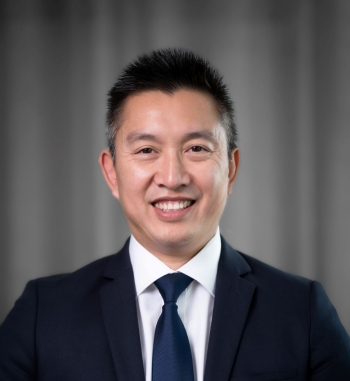 “I felt there is something I can give back by helping a Vietnamese company grow internationally,” says Duc Huy Tran, chief commercial strategy at Vietnamese automaker VinFast.

“Very typical for a boy at that time,” he says.

Yet Tran’s childhood was far from typical. Born in Ho Chi Minh City, Vietnam, he and his family fled the country post-war. In the late 1970s, they were among more than a million people to risk their lives escaping in small, overcrowded ships.

They resettled as refugees in Canada, where Tran absorbed himself in his early passions.

“I wasn’t interested in just skimming the surface. I went into great detail, geeking out on the specs,” he says.

After undergraduate studies in aerospace engineering at Carleton University in Ottawa, Tran worked in aircraft design and construction at Messier Dowty, and later at Bombardier. He was fascinated by the technical aspect of aerospace, yet unsatisfied being one of 1,000 engineers under the direction of a handful of projects managers.

“I always felt it was someone else who made the decisions, while engineers were executing those visions,” he says.

To set himself apart, Tran enrolled in an MBA at Concordia’s John Molson School of Business, where he developed skills in leadership, finance and project management.

His case competition experience allowed him to apply classroom theory to real-world scenarios.

“I learned quite a bit about how to think on my feet.”

Studying full-time, Tran immersed himself in campus life, living in downtown Montreal and participating in student activities, as well as helping faculty at recruitment fairs.

“Because this was my second degree, I think I appreciated being at school more than I did the first time,” he says.

MBA in hand, Tran returned to Bombardier as a product manager on the Global 7500 business jet all the way from concept to public unveiling. Not only did he lead a team, he also made decisions about every system on the plane, from its wings, engines and flight control to its luxury interior design.

“I think I’m one of the few people in the world who can say they wrote specifications for an entire aircraft,” says Tran.

“It was almost a perfect role for me after the MBA because it combined engineering knowledge with the business aspect, which is exactly what I was looking for.”

With this accomplishment, Tran realized he was not content to lead companies — he wanted to transform them.

He moved to Southern California, recruited by Collins Aerospace to revamp the company’s marketing department and incorporate modern marketing concepts. He later became the first Vietnamese person on the executive committee of a Fortune 500 French aerospace electronics company, Thales.

Looking beyond aviation, Tran joined Black Swan Data, transitioning it from a mid-sized startup to a top-tier company. Next, he doubled space manufacturer Aitech’s revenue within two years, as its global vice-president of marketing and product management, despite having no experience in the space technology industry.

“Nobody hires me to keep things as they are,” he says.

In early 2022, Tran was intrigued to learn that Vietnamese automaker VinFast was opening a multi-billion-dollar plant in North Carolina to assemble two electric SUVs. The project will make history by bringing the first Vietnamese car brand to global markets.

“Three hours later, she replied and we started talking,” he says. After four rounds of interviews, Tran was hired and given the newly minted title of chief commercial strategy. He says his cultural and professional experience position him as a bridge between Asia-based executives and North American consumers.

“Ultimately, I view my role as growing VinFast on the international market.”

As he embarks on what may be the biggest transformation of his career, Tran reflects on his journey from leaving Vietnam on a crowded boat to now helping lead the most ambitious high-tech venture in the country’s history.

“I asked myself whether I would have pursued this if I wasn’t Vietnamese. I think the answer is ‘no,’” he says.

“I felt there is something I can give back by helping a Vietnamese company grow internationally.”