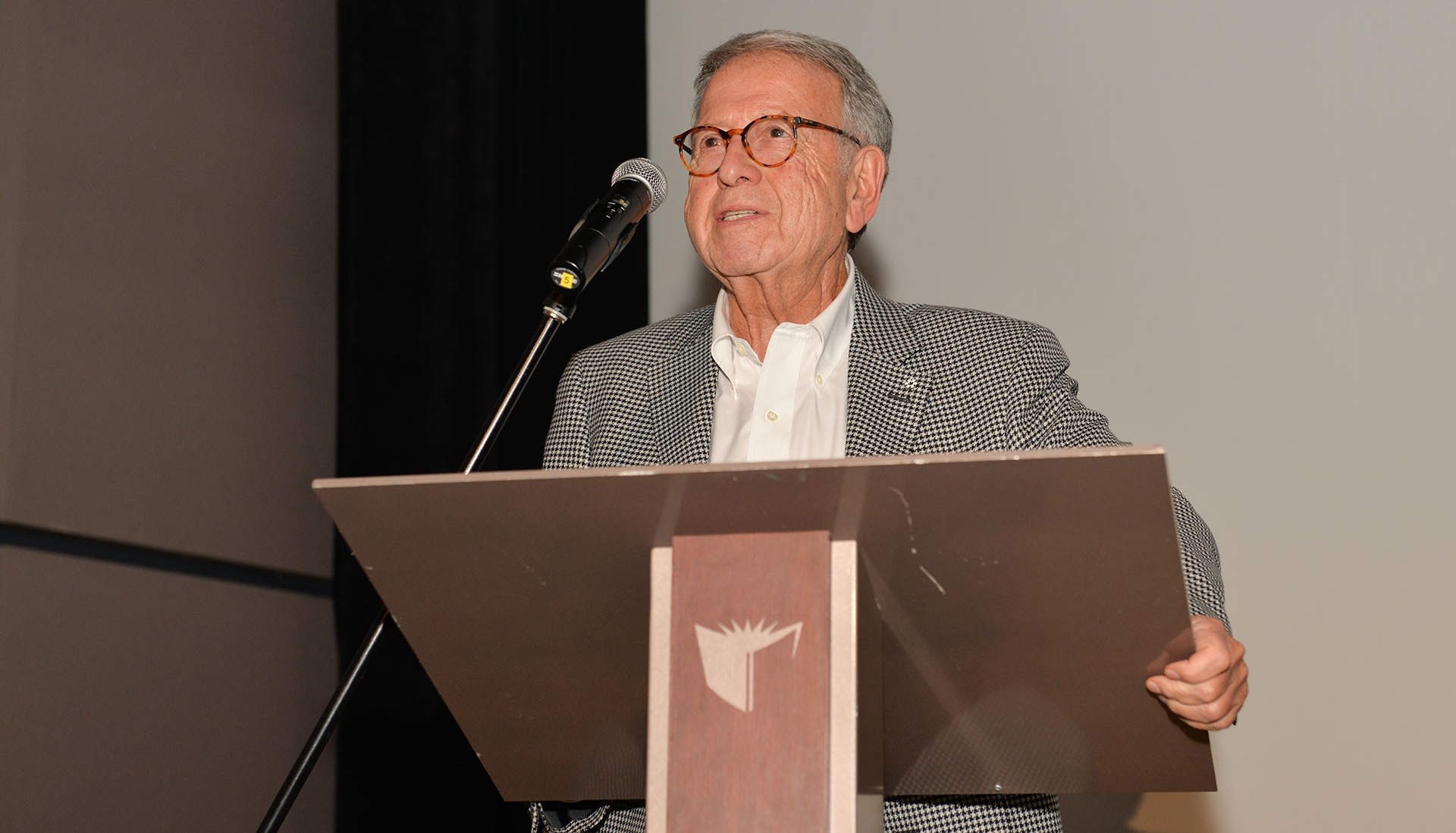 The founder of Panavision Canada was also the driving force behind MELS state-of the-art film production studios. Dubbed as “Mister Hollywood North” by the media, Hoppenheim worked tirelessly throughout his career to help establish Montreal’s reputation as an international hub for film production.

“We are proud to have benefited from Mel’s passion — he was an inspiration to countless Concordia students, specifically at our world-class film school.” 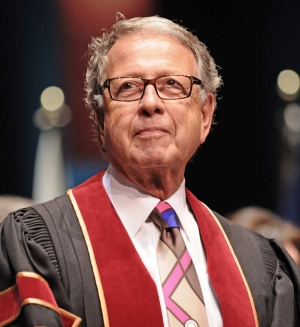 Mel Hoppenheim received an honorary doctorate from Concordia in 2009.

Hoppenheim’s investment in Canadian cinema has helped pump millions of dollars into the local economy and created myriad new jobs. In 1997, he gave $1 million to Concordia’s Faculty of Fine Arts to support students enrolled in film programs. In recognition of his generosity, the Department of Cinema was renamed the Mel Hoppenheim School of Cinema that same year.

The school has since become the largest university-based centre for the study of film in Canada, and has developed into a foremost training ground for future scholars, helping to launch the careers of some 2,500 alumni.

Each year, the school honours the best graduating film production student with the Mel Hoppenheim Award.

“Faculty, staff and students at the Mel Hoppenheim School of Cinema are saddened to learn of the passing of our school’s benefactor,” said Martin Lefebvre, chair of the cinema school.

“For decades, Mr. Hoppenheim stood as a passionate advocate for our Film Production and Animation programs, and his continuous commitment was reflected through his many generous and varied contributions to our school and through his support for our students. Our community will miss him dearly.”

Hoppenheim officially joined the Concordia family in June 2009 when he received an Honorary Doctor of Laws at convocation, alongside graduates of the Faculty of Fine Arts.

“We are grateful to Mel Hoppenheim for his community leadership and philanthropy that have empowered so many of our students,” said Paul Chesser, BA 94, GrDip 97, vice-president of Advancement at Concordia. “We are deeply grateful for his unwavering support of our university.”

A mindset for success

Hoppenheim was born in Montreal in 1937 to humble and hardworking parents — his father was a Polish immigrant and his mother a native Montrealer of Russian descent.

At age 12, following his father’s sudden death, Hoppenheim joined the workforce to help support his mother, sister and brother. Although he continued to attend school until he was 17, he spent every lunch hour working in the family meat business. His evenings were spent making deliveries for the local shoemaker and weekends were consumed with other odd jobs.

In his convocation address in 2009, Hoppenheim described these early struggles as pivotal moments that paved the course of his future. “The hard work shaped me and gave me the courage to return to school at night to get my diploma at Sir George Williams University [one of Concordia’s two founding institutions].” 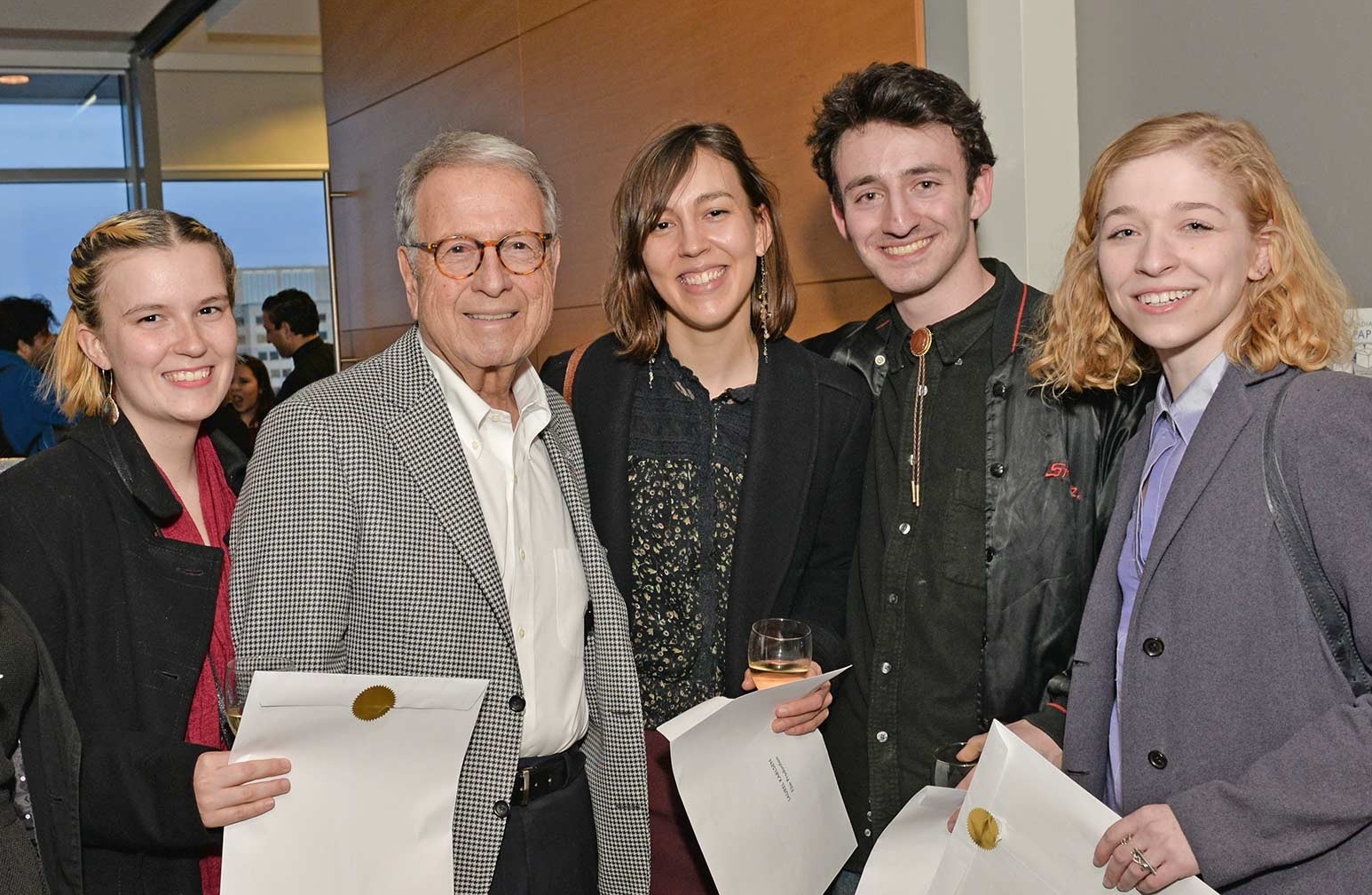 A visit to Mont-Tremblant, Que., led Hoppenheim to a new opportunity. He noticed a film crew shooting a commercial and when he approached them with questions, they expressed the difficulty of acquiring film equipment in Canada. While he admittedly knew little about the movie industry, Hoppenheim founded a small film-equipment rental business in 1965.

He created Panavision Canada, and over time established himself as an industry leader, opening facilities in Toronto and Vancouver in the 1970s. Hoppenheim eventually sold Panavision but would later join forces with an up-and-coming competitor named Michel Trudel in the late 1980s.

As his career progressed, Hoppenheim remained deeply committed to the economic and artistic development of Canada. He invested and built what was needed to help his country become a centre for international film production.

He purchased Montreal’s former Expo-Théâtre de la Cité du Havre in 1988 and converted the space into Canada’s most advanced film and television production house, with five state-of-the-art studios. He fashioned the site into the cornerstone of his future enterprise, Mel’s Cité du Cinéma — today known as MELS Studios, Canada’s largest provider of services to the film and television industry.

Along with his partners, Hoppenheim helped develop Montreal’s L'Institut national de l’image et du son, a non-profit private school committed to the development of students into premier writers, directors and producers for film and television. He additionally supported Cinemania, the festival of French language films with English subtitles.

With his wife Rosemary, Hoppenheim was active in several charities and community organizations including the Montreal Children’s Hospital, CHU Ste-Justine, Action Centre, the Montreal Heart Institute, the Saidye Bronfman Centre (now the Segal Centre), the Jewish National Fund, the Montreal Jewish Film Festival, the Montreal Holocaust Museum, the Jewish General Hospital and Federation CJA. In 2002, he presided over the Combined Jewish Appeal campaign, helping raise a then-record $40 million for Montrealers in need.

Over the years, numerous organizations have celebrated Hoppenheim’s achievements. He received a Lifetime Achievement Award in 2005 from ProMontreal Entrepreneurs and a Lifetime Achievement Award from the Jewish Chamber of Commerce in Montreal for his philanthropic work in the community. He and Rosemary were further presented with a ChaiLife Award from Chai Lifeline Canada, a non-profit organization dedicated to helping Canadian children suffering from serious illness.

Hoppenheim additionally won the Academy Achievement Award at the 2010 Genie Awards and is a recipient of the Motion Picture International Business Leader of the Year Award presented by the DeSantis Centre for Motion Picture Industry Studies.

In recognition of his contributions "to the vitality of moviemaking in Canada and for his support for a wide variety of educational and community organizations,” he was appointed Member of the Order of Canada in 2015.