Gift to the Campaign for Concordia to fund workshops that integrate Indigenous knowledge
|
By Ian Harrison, BComm 01
Source: University Advancement 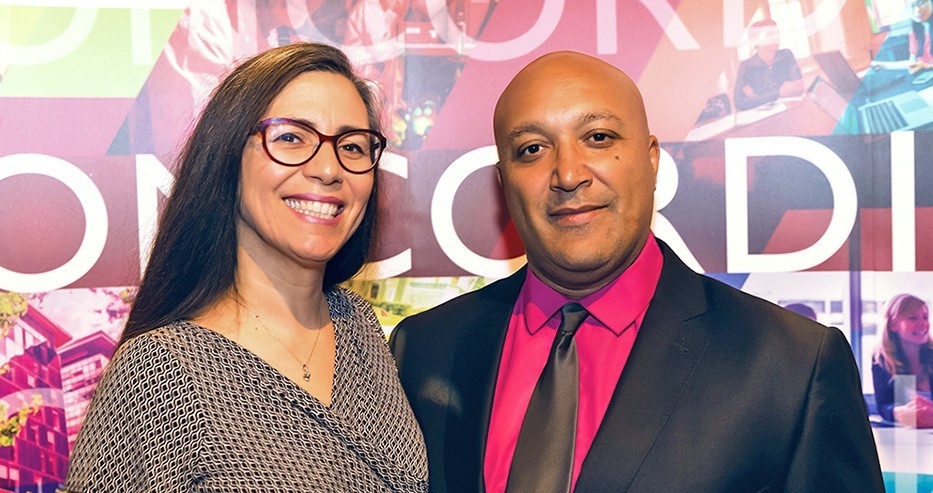 A gift from Warner Bros. Discovery to the Campaign for Concordia will support the Skins Workshops — a program established in 2008 to help Indigenous youth develop creative digital media skills.

The program is part of Aboriginal Territories in Cyberspace (AbTeC), a research network co-founded and co-directed by Jason Edward Lewis, Tier 1 Research Chair in Computational Media and the Indigenous Future Imaginary, and Skawennati, BFA 92, GrDip 96, a world-renowned Mohawk multimedia artist.

The workshops enable participants to use tools like game development software to create narratives that draw on their backgrounds and perspectives.

“As a company that brings people, technology and storytellers together to drive culture and meaningful connections, we’re thrilled to have the opportunity to support Concordia in this way.”

Kahentawaks Tiewishaw, BFA 20, a Mohawk from Kanehsatake, west of Montreal, who serves as associate director of the Skins Workshops, was first exposed to the program as a secondary-school student at Kahnawake Survival School south of Montreal.

“The experience inspired me to explore 3D and other forms of digital expression at Concordia. That led to an opportunity to become an instructor with AbTeC and catapulted me onto a path of game-making. I’m so grateful to be in a position where I can now pass this knowledge on to the next generation.”

The gift from Warner Bros. Discovery is significant, says Lewis.

“Skins was originally supported through research funds,” notes the Department of Design and Computation Arts professor. “The challenge for us has been to find new support for it to endure as a fundamental service to the Indigenous community at large.

“Thanks to this gift, we can make that transition, retain instructors and focus on the delivery of workshops that integrate Indigenous knowledge with digital media.”

Paul Chesser, BA 94, GrDip 97, vice-president of Advancement, adds: “We thank Warner Bros. Discovery for advancing teaching and learning at Concordia as well as the objectives of our recently updated Indigenous Directions Action Plan.”