From Habs’ athletic therapist to the boardroom: How Gaétan Lefebvre scored in business 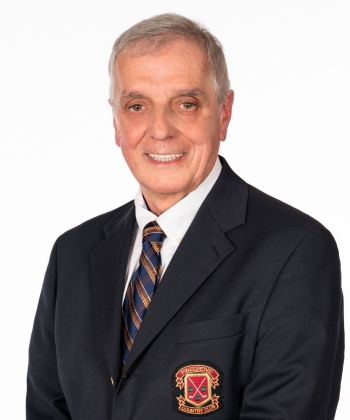 Gaétan Lefebvre, BComm 86, MBA 06, runs one of the only companies in the world that provides software-based services to professional and amateur sports leagues and teams to help them manage player injuries and health.

Gaétan Lefebvre, BComm 86, EMBA 06, has patched up some of the best players the Montreal Canadiens have ever had. And, thanks largely to his Executive MBA from the John Molson School of Business, he’s now running one of the only companies in the world that provides software-based services to professional and amateur sports leagues and teams to help them manage player injuries and health — including COVID-19.

Along the way, he discovered “the locker room and the board of directors are the same — it’s just that the issues are different. And you’ve got to stick together no matter what.”

Lefebvre began his tenure with the Montreal Canadiens in 1974 as a part-time assistant to Habs’ legendary trainer Eddy Palchack. The Pointe-Saint-Charles, Que. native worked part time with the club while completing his BComm, with a minor in athletic training at Concordia, graduating in 1986. Three years later, Lefebvre was promoted to the head therapist position and stayed in this role until 2000, giving him the chance to be part of Stanley Cup-winning teams in 1986 and 1993, and working as the trainer for the 1981, 1984 and 1987 Canada Cup tournaments.

Lefebvre is one of just five therapists to have been inducted into the Hockey Hall of Fame.

Lefebvre was then slotted into a role that would soon dovetail neatly with his pursuit of an EMBA at Concordia. In 2000, he became the new special assistant in player development, overseeing the medical documentation of newly drafted players and potential draft candidates, leaving the club in 2003 to tackle his EMBA. He never looked back, founding his own company, Sutton Medical Systems, partway through his EMBA studies.

With many pro athletes earning millions of dollars a season, keeping them healthy or returning to the game after an injury is a huge priority.

“That idea came from a simple therapist, who went to the John Molson School of Business to learn basic business principles,” he says. “I was able to surround myself with people who had a greater skillset than I did on specific items. And my job was to be the leader. It still is.

“I cannot say enough good things about the program. I learned that you may have the best idea in the world, but it’s all about structure and presentation, and paying attention to details like financing.”

Seeing things through 'a different set of eyes'

One of the most important things Lefebvre says he learned in his EMBA studies was the need to branch out. “You were forced to get out of your comfort zone and be challenged in a structured way. That’s what I liked about the program.”

Lefebvre was certainly out of his comfort zone on the afternoon of Jan. 29, 2000, when Canadiens player Trent McLeary went down to block a shot from a Philadelphia Flyer. The puck caught him square in the throat and shattered his larynx. Unable to breathe, McLeary struggled to his knees, while Lefebvre leapt over the boards to provide help. A race to the Montreal General Hospital got him into surgery 17 minutes after his near-fatal injury.

“As I was running toward Trent, it was obvious he was having major respiratory problems,” Lefebvre says. “My goal was to get him off the ice ASAP and have our great group of physicians take the lead. The best moment happened few weeks later, when I got a note from his fiancée thanking me for making their wedding possible.”

If Lefebvre were to meet a prospective EMBA student today, he would tell them the program encourages people to work together instead of competing, and to give each other room to let individual strengths shine through. It’s a familiar refrain among EMBA grads.

“It gives you the tools to look at things with a different set of eyes,” Lefebvre says. So does saving someone’s life.